While U.S. and South Korean wireless carriers have already launched early commercial 5G cellular networks, Chinese carriers are still running tests and setting up infrastructure ahead of launches. In an atypically wide public demonstration of what 5G will make possible for virtual reality livestreams, carrier China Unicom used a 45-kilometer 5G network to broadcast a marathon in 360-degree 8K 3D, and you can now see the results for yourself online.

China Unicom recorded the 30,000-person race in Chongqing using eight Insta360 cameras — seven stationery 8K 3D cameras and one mobile 360-degree camera. In VR, you can look straight up, straight down, and in any direction around a camera’s fixed position; in a browser, you can zoom considerably in and out of the high-resolution footage.

What’s novel here is the sheer amount of data being processed over the 5G network. As each of the lenses is streaming at up to 120Mbps, their collective total would be roughly 1Gbps of bandwidth at any given second across eight devices. That’s a challenging quantity of data to pass over a 4G network, yet within the data downloading capabilities of a single 5G device. Conceivably, a 5G smartphone with access to the full feed would be able to switch instantly between any of the eight cameras. 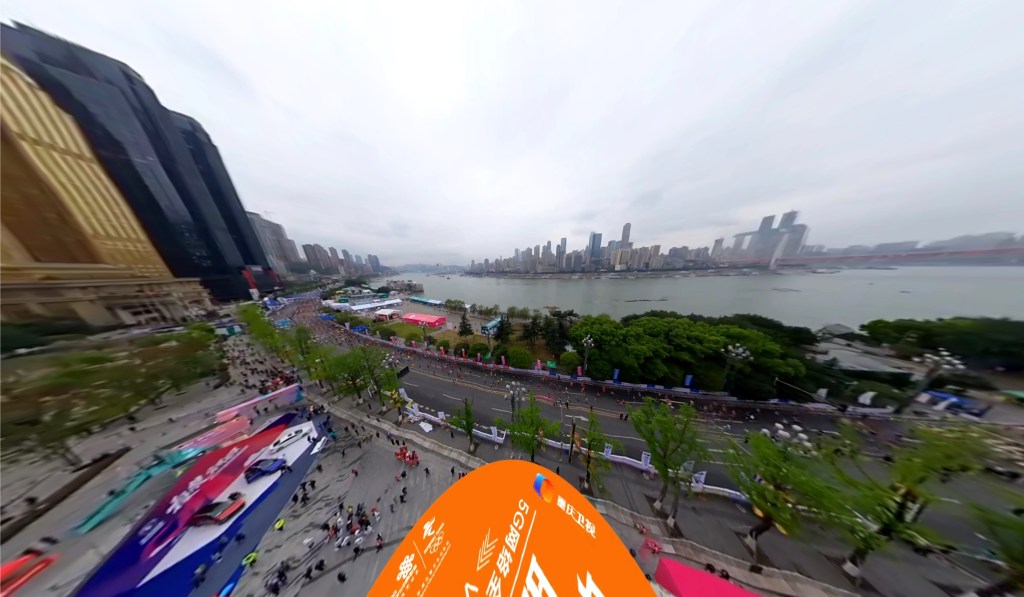 Since China doesn’t yet have any consumer 5G devices on the market, the 5G-streamed marathon footage was synced with TV satellites for broadcasting to viewers, and the livestream offers only a single camera’s output at once. At this point, Insta360 tells VentureBeat, the benefit to Chinese viewers was in the clarity and smoothness of the livestream, which had the bandwidth and resilience to handle all that data in real time.

If you’re interested in watching the race yourself, it’s available in full at this link — skipping through a few minutes of the four-hour broadcast will be enough to give you a sense of what 5G will do for VR viewers in the near future. For now, Adobe’s archaic Flash Player is required for the stream; you can watch in a browser in 2D or switch to stereoscopic 3D if you have VR goggles.