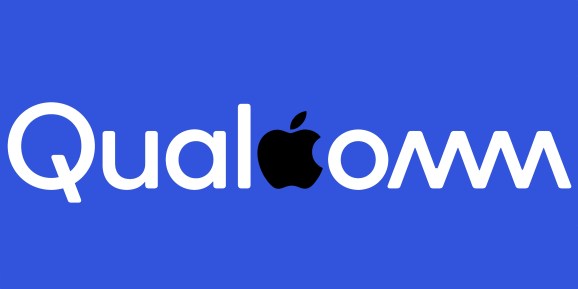 Now that Apple and Qualcomm have settled their dispute, people are trying to pick winners and losers of this extended battle. The market has picked Qualcomm as the primary winner judging by its stock price, and that may be true, but it’s also too simplistic. Below is my analysis. [Full disclosure: Intel and Samsung are current clients of mine; Qualcomm is a past client.]

Apple – Apple both lost (to Qualcomm) and won (because of Qualcomm). My view is that Apple was trying to strong-arm Qualcomm into selling it products (and royalty licenses) on the cheap so Apple could increase its own already high margins. In this effort it lost. But including Qualcomm chips in its next generation of smartphones means that it will have industry leading performance. That’s something its users have grown to expect from Apple. In this case, it won, and this is a more important result than potentially achieving some cost savings by going after Qualcomm sales practices. It ultimately will offer a far greater reward and better leverage in the market.

Qualcomm – The big winner here is Qualcomm, on multiple fronts. First, it was willing to take on an industry giant like Apple and not be cowed into submission. Second, it showed that its technology, especially relating to 5G, is mission critical. Third, and perhaps most importantly, it showed that its implementation of 5G in its modems is industry leading – both in performance and time to market. As it currently stands, Qualcomm has no equal in supplying 5G modems to the major (and minor) OEMs of 5G smartphones. While Huawei claims it is shipping it own 5G modem, it is a captive supply to its own devices, and therefore it’s hard to see the company as a threat. It’s also not possible to truly compare the performance to shipping devices with Qualcomm modems, as real devices are not yet in full production and not yet connected to production 5G networks. A this point, Qualcomm has achieved a near monopoly in the commodity market for 5G modems – at least in mid- to high-end devices.

Intel – Intel announced, the same day as the Apple/Qualcomm settlement, that it was getting out of the 5G modem business as relates to phones. It did not say it was abandoning the 5G modem business altogether, as some have interpreted the announcement. Many have speculated that Intel got out because it could not be a credible alternative to Qualcomm 5G chips for Apple, its largest 4G modem customer, and that is the main reason Apple settled on such favorable terms to Qualcomm. But Intel’s decision is more strategic than that. One could argue that in buying Infineon eight years ago, it was trying to be a major competitor to supplying the compute and radio engines for smartphones. Indeed, it did try for a while and finally gave up on the compute engine (based on Atom), and is now finally following up in the modem space. It’s likely it was buoyed in the decision not to exit modem production by its major contract supplying modems to Apple over the past couple of years. Many say Intel just couldn’t deliver a competitive 5G modem, at least not in time for market needs. But I applaud the decision to exit. Intel lost the battle to be a major smartphone supplier years ago. And in continuing to build high-volume but low-margin modems diverted needed resources from more lucrative markets. Intel will be a major driver of 5G, but not as a commodity modem chip supplier. It will produce the compute engines necessary to drive the network core, and that’s where Intel’s real strength, and large margins, lies. Getting out of the commodity business of modem supply is the right move as Intel pivots towards the data center market and less dependency on devices. Having the core of the 5G modem technology in its toolkit will allow it to build the technology into specific SoCs where it can have true impact. This is all around a good strategy, in my opinion.

Samsung – Samsung will continue to use Qualcomm chips and modems in its high end devices in the US and some other parts of the world, as it understands that it needs that level of performance to compete. However, with its own substantial ability to create both processors and 5G modems for smartphones, Samsung will continue to supply such capability, primarily to its own devices but also to other parties as well. The overall Apple Qualcomm battle really had little overall effect on Samsung as it was always going to be the third string supplier for modems to Apple, so the effect on Samsung really is near zero. Further, Samsung sees its long term ability to be a major competitor in core network capabilities as a major growth opportunity, and will concentrate much of its 5G resources there.

Huawei – As mentioned earlier, Huawei currently only supplies its processors and modems for its own devices. It has expressed publicly some interest in selling commodity chips to Apple, but I don’t think it was ever seriously
considering doing so in the normal supplier of commodity chips mode, as that entails working differently than being a captive supplier. In fact it sees its chips as competitively strategic to its own market plans. The effect on Huawei of the Apple Qualcomm settlement and Intel exit is near zero.

Others (e.g., Mediatek) – the change in market will have some limited effects as Intel/Infineon did sell modem chips to a variety of smaller players and its likely many will seek the up and comers for next generation Smartphone products, particularly in emerging markets like China and India. Even so, the effects on these players will be marginal, and the real opportunity for them will be in the ever expanding need for commodity 5G chips in emerging markets. Mediatek has stated for years it wanted to up its game and supply to high-end devices, but to date that has not happened, and the company has a very long way to go to catch up to Qualcomm. It will be able to supply a large number of chips to low- to mid-tier device makers where ultimate speed and performance is not as critical and where leading edge designs come second to price.

Bottom Line: There was a lot more going on in the 5G modem wars than just the Apple/Qualcomm lawsuit. The winners and losers were not a clear cut as many had believed, and the complex supply chain of parts for future 5G enabled devices continues to be dynamic.