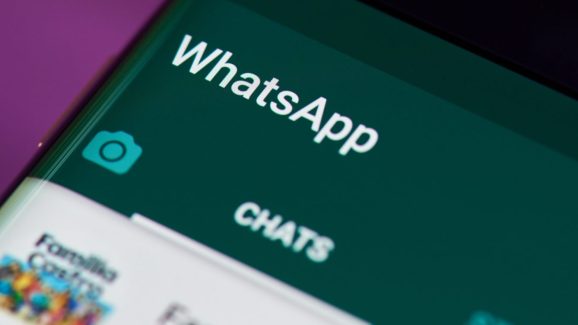 Those findings were contained in a new study released today by global citizens’ movement Avaaz, which monitors election freedom and disinformation. The study found that 9.6 million registered Spanish voters received such manipulative content via WhatsApp — a figure surpassed only by the amount of similar content targeted at Facebook users.

“This report is a warning to every voter in Spain,” said Avaaz campaign director Christoph Schott in a statement. “WhatsApp is a beautiful tool to connect with friends and family, but it’s slowly being turned into social media’s dark web — a place where lies and hate go viral without any public scrutiny. With the Spanish elections at risk of following what happened in the U.S. and Brazil, WhatsApp must immediately warn all its users and step up their cooperation with independent fact-checkers.”

The WhatsApp data comes a day after Facebook said it had taken down several far-right networks that were using its main platform to broadcast propaganda to 1.7 million people in Spain. Those networks were also uncovered by Avaaz, which alerted Facebook.

But now it seems WhatsApp has become almost as potent a force for right-wing extremists. The data was gathered via submissions from Spanish Avaaz members and then analyzed by the association’s own researchers.

The trend is particularly troubling because 89% of Spaniards use the messaging app, Avaaz notes.

WhatsApp’s role as a catalyst for misinformation in Spain is just the latest sign of parent company Facebook’s inability to effectively halt the use of its platform and WhatsApp for such destructive purposes.

Last year, Facebook was widely condemned for its role in propelling genocidal forces in Myanmar. Earlier this year, WhatsApp executives said they were limiting the ability to forward messages to five people or groups to slow the spread of disinformation.

In advance of India’s elections, WhatsApp claimed it had built a machine learning system to detect and weed out users who engaged in such actions as sending bulk messages and creating multiple accounts in order to spread fakes news and disinformation.

Meanwhile, in Spain, right-wing parties are projected to make big gains in the election scheduled Sunday. With elections so close, Avaaz called on WhatsApp to institute a series of emergency measures:

Avaaz continues its larger work to uncover fake news and disinformation in advance of the upcoming European Union elections.