The rise of the “gig economy” has created a slew of billion-dollar companies eager to capitalize on the growth of smartphones and ubiquitous connectivity. Ride-hailing companies Lyft and Uber, food delivery network Postmates, peer-to-peer lodging marketplace Airbnb, and freelancer platform Fiverr have all either gone public, or intend to do so, in 2019.

Freelancers, contractors, and “contingent workers” are expected to represent around 43% of the U.S. workforce alone by 2020, up from 34% in 2016, signalling a continued shift away from the traditional employment model. But managing and communicating with a transient workforce poses specific challenges, which is why a number of startups have arrived to better connect employers with their non-employees.

One of these companies is Sense, a contractor engagement and communication platform that today announced it has raised $13.5 million in a series B round of funding led by Alphabet’s GV, with participation from Accel. Alongside the funding, the San Francisco-based company also lifted the lid on a new product unambiguously called Messaging, a two-way SMS tool that enables recruiters to communicate with candidates and workers from a centralized desktop-based interface.

Founded in 2016, Sense is a software-as-a-service (SaaS) platform that targets recruiters, including staffing agencies such as Adecco and Apex Systems, with tools to automate all their broadcast communications throughout a freelancer’s job cycle. So far, Sense has enabled personalized broadcast messaging via SMS or email to welcome new workers, request feedback, and offer new gigs once a position has come to an end. Through Sense Engage, the company also offers analytics to track worker engagement and satisfaction, while drawing correlations to help improve retention.

“Human interaction is at the heart of Sense, and through data-driven planning and decision-making we are bringing that to staffing at scale,” said Sense cofounder and CEO Anil Dharni. “Our customers can identify the opportunities that will keep their candidates motivated at work and be proactive in their engagement with talent more easily than ever before. These indicators translate to business value. Engaged candidates are easier to hire and perform better on the job.”

With Sense Messaging, which had been in testing for the few months leading up to today’s official launch, recruiters can now engage in two-way communication, with the worker able to ask questions and respond to messages. And recruiters can access an email-like inbox through a web app, from which they can send and manage all their messages.

While all text-based mobile communications begin as an SMS, contractors can elect to shift the conversation to WhatsApp by clicking on a link to authenticate their WhatsApp account. On the recruiters’ end, messages sent via WhatsApp still live inside the centralized Sense Messaging platform. 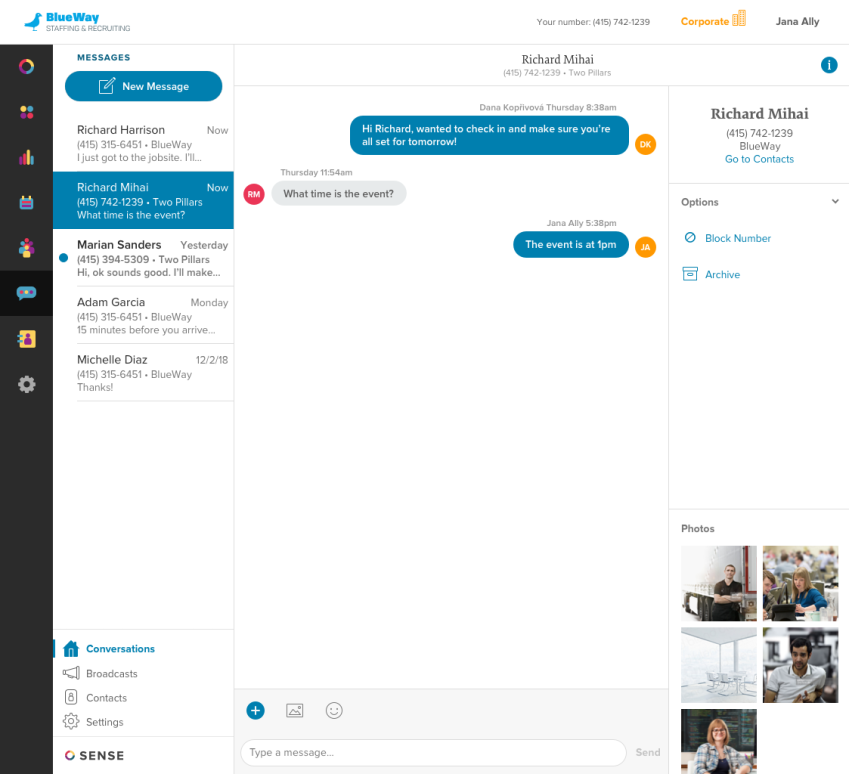 Above: Messaging workers through Sense

Sense had previously raised a $10 million series A round that was co-led by GV and Accel back in 2017. With another $13.5 million in the bank, Sense plans to double down on its investment across R&D and sales.

“This funding and our growth to date reflect the accelerating shift in the way that staffing companies approach candidate engagement, talent communication, and business performance,” Dharni added.

Sense is available globally, though the bulk of the company’s clients are currently in the U.S., U.K., Australia, Canada, and India. A spokesperson confirmed that the company’s future plans include expanding its customer base outside the U.S. — something that $13.5 million should help with.

Investors have been plowing large sums of cash into platforms that help companies manage — and build bridges between — members of their workforce. Back in November, Australia-based Deputy raised $81 million to help firms manage their hourly workers, while Indiana’s Emplify raised $7.5 million for its employee satisfaction software.

With the impending workforce crisis looming, VCs have been betting big on all manner of recruitment-focused platforms. And with the gig economy becoming the norm, it makes sense to give non-permanent workers the tools to communicate with those paying their wages.

“One of the biggest shifts taking place today in the future of work is the rise of independent and flexible workers,” GV partner Tyson Clark said. “Sense offers a powerful solution that allows recruiters, contractors, and HR departments to gain unique value from putting the right person in the right job.” 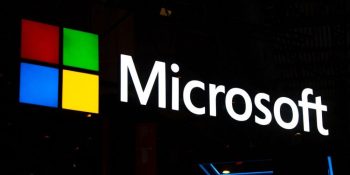 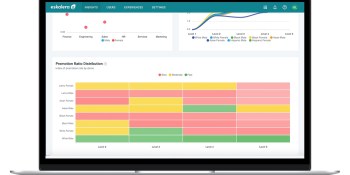