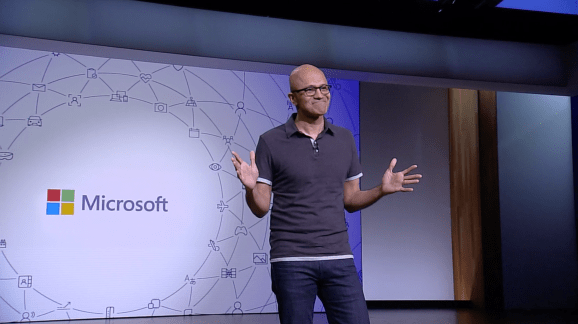 Microsoft typically devotes a chunk of Build, its annual developer conference in Seattle, to product unveilings, updates, and various announcements across its portfolio, and it stuck with tradition this year. During a keynote address on Monday, the company took the wraps off of the new and enhanced offerings in Azure, its cloud computing platform.

First on the agenda was Azure IoT Edge, Microsoft’s cloud monitoring and deployment solution for internet of things devices.

Kubernetes integration is in preview, and the new Azure IoT Central features are available for select customer trials.

As for Azure Sphere, Microsoft’s Linux-based operating system optimized for microcontroller devices (i.e., those with constrained compute resources), there’s a new set of hardware solutions available for prototyping and production that can be integrated into legacy internet of things (IoT) devices.

New database services are in tow, perhaps the most notable of which is Azure SQL Database serverless. It’s a new compute tier for databases with intermittent usage that aims to optimize price performance and simplify performance management. How? By automatically scaling for single databases based on workload demand and pausing compute during periods of inactivity, and by billing for usage by the second as opposed to by the hour or month.

Azure Cosmos DB, a schema-free database service with a range of consistency options, now offers APIs for Apache Spark and for etcd, a distributed key-value store designed to securely store data across cloud clusters. Both APIs are available in public preview, as is a new Python notebook experience for all native APIs.

Last but not least, thanks to enhancements in the Azure Database Migration Service, Azure SQL Database users can now perform online migrations of Oracle databases (either on-premises or in virtual machines) to Azure Database for PostgreSQL.

Meanwhile, Azure Data Explorer, an indexing and querying service that supports incoming, raw, and streaming data, can now query directly from data lakes and record various metrics for posterity. The update is in private preview.