But Google CEO Sundar Pichai didn’t announce any progress at I/O 2018, nor at I/O 2019. Furthermore, Google executives and engineers seemed to avoid the topic altogether. And on top of that, the only place I did manage to find a mention of word error rate, it hadn’t changed: 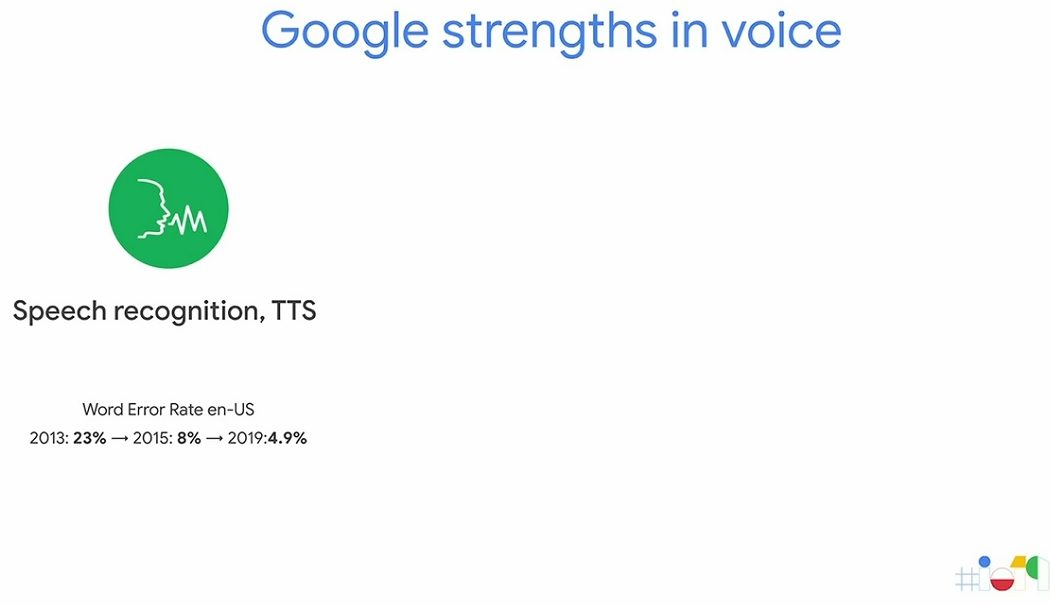 I asked Google whether this number was accurate or just a typo. A company spokesperson confirmed that 4.9% is the latest announced metric that Google has shared.

The question is: Does that matter?

I find myself wondering whether Google hit a wall in recent years with its cloud-powered speech recognition. It would thus make sense for the company to shift resources to improving offline, on-device speech recognition solutions. There are benefits to doing so, and tradeoffs.

Or did Google see the privacy firestorm coming first and shifted focus accordingly? Maybe it was both.

Regardless the reason, I’m quite happy Google is prioritizing on-device solutions that are “good enough.” That’s partly because I have little interest in sending even more data back to Google. I also happen to agree with the company’s push to bring this technology to more people. Getting imperfect speech recognition technology into the hands of millions of people is simply a more laudable goal than trying to perfect speech recognition for the few.

But this is Google we’re talking about. The company will likely try to do both.