The urban mobility industry has emerged as one of the biggest targets for investors, with bucketloads of cash plowed into electric scooters and transport apps, while Wall Street has seen two ride-hailing companies hit the public markets in the past couple of months.

Aviation has also seen an uptick in activity in the past few years, with “flying taxis” and other fantastical flying machines vying for a place in the burgeoning urban transport realm.

Against that backdrop, Volocopter — which has raised north of $30 million from such big names as Intel and Daimler — announced the next step in its mission to push its electric take-off and landing (eVTOL) vehicles into the public sphere. The German startup, which was founded back in 2012, has partnered with U.K.-based Skyports and design agency Brandlab to create a prototype landing hub to trial its airborne taxi and showcase what the broader service will look like. Skyports is a company that invests in the real estate — including rooftops and other central locations — needed to build “vertiports,” in preparation for the anticipated boom in urban landing infrastructure requirements. Its partnership with Volocopter will lead to the first such vertiport being physically built — in Singapore.

News emerged last year that Singapore would launch air taxi trials in conjunction with Volocopter in 2019, and further announcements later revealed that initial tests would be carried out over water while the safety risks are evaluated. This follows separate unmanned trials elsewhere, including in Dubai back in 2017.

We already knew that Volocopter was building a two-person eVTOL that sports 18 silent rotors and is operated via a single joystick. The company envisages a day when its vehicles will be used to transport people between locations quickly, for example between an airport and city center. But there are obstacles — Volocopter and others operating in the eVTOL space need to prove their safety credentials and work with authorities to gain approval for a public rollout. 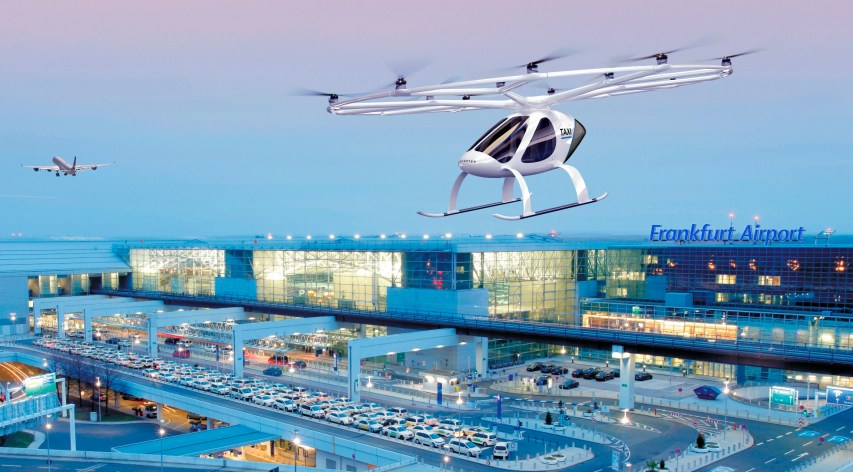 Volocopter has previously teased a concept of a world full of “Volo-Ports” — a type of vertiport built specifically for electrically powered eVTOL aircraft — and Singapore will be the first manifestation of that vision.

It will look a little like an airport lounge, replete with customer service desks and will have a small landing pad where aircraft can drop off and pick up passengers. 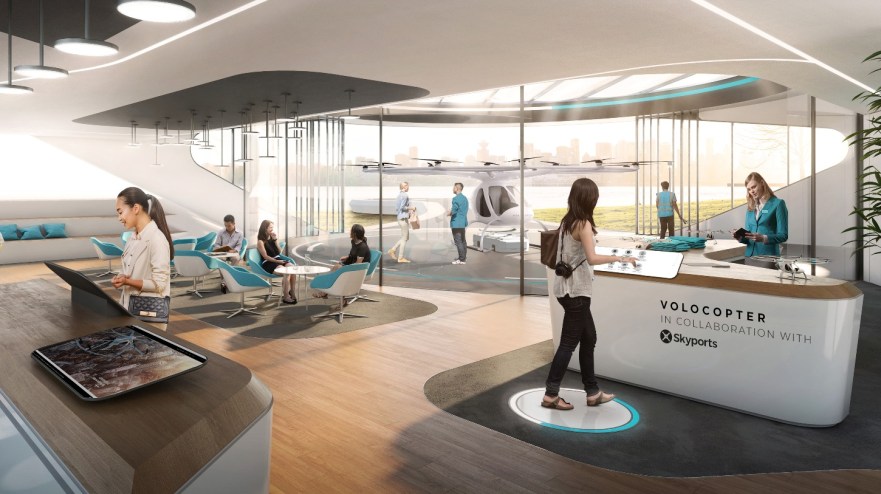 Ultimately, it’s about bringing Volocopter’s concept to life with a real-world landing pad that authorities and regulators can visit and provide feedback on ahead of a final design.

“Receiving the commercial license for air taxi aircraft is a question of time, not possibility,” noted Volocopter cofounder Alex Zosel. “We are thus focusing on shaping the necessary ecosystem around UAM [urban air mobility], including air traffic management, city regulation, and the take-off and landing infrastructure. Once regulation comes through on the aviation and city level — and this will be sooner than most think — we will be ready to take off.”

Moreover, although this is apparently a joint project between Skyports and Volocopter, it will also accommodate other eVTOL companies — though it’s not clear what commercial arrangements will be made.

It’s worth noting that the Volo-Ports are modular, so they can connect to other ports if an expansion is later required and they can be configured for just about any environment. Such adaptability will be necessary, given that they will likely have to be built on (or around) existing urban infrastructure, such as roads and buildings. 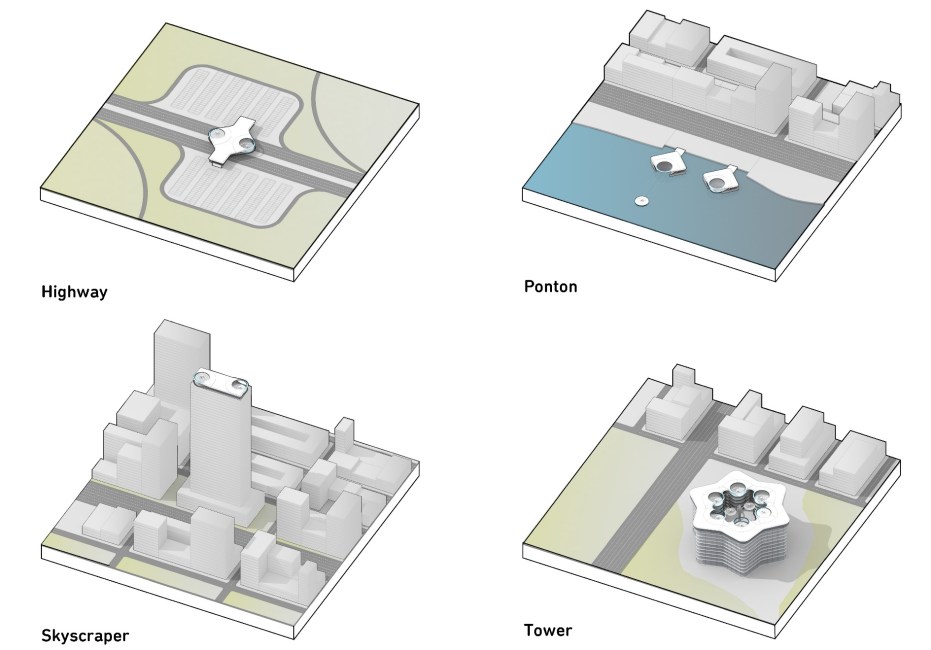 “Each individual Volo-Port is designed so that it can stand alone or connect to other ports in numerous formations, enabling rapid deployment and scalability,” added Skyports managing director Duncan Walker. “We have analysed the available spaces and movement dynamics in city centers across the world and recognize that infrastructure is a key enabler for the emerging UAM market.”

Some analysts predict that as many as 3,000 air taxis could be operating globally within five years, a figure that could rise to 12,000 by 2030. And judging by recent developments in the space, those figures could be conservative.

Volocopter is one of a number of urban aviation mobility startups to come to the fore in recent years. Lilium Aviation, also based in Germany, has raised more than $100 million for a similar concept. Last week, the company unveiled a new five-seater air taxi prototype, following its maiden flight in German skies. And earlier this year, Boeing launched a test for its “flying car” prototype. Other companies working in this space include Airbus, which completed its first autonomous air taxi test last year, and Uber, which has committed $24 million to an air taxi research center in Paris.