Hopkinton, Massachusetts-based Alaka’i Technologies, which was founded in 2006, might not have high-profile backers or a coffer full of capital, but that’s not to imply the air mobility startup hasn’t been architecting something potentially game-changing. At an event in Los Angeles this week it unveiled Skai, an electric vertical takeoff and landing vehicle it claims is the world’s first to be powered by hydrogen fuel cells.

Skai, which was codesigned by BMW-owned global creative consultancy Designworks, eschews jet fuel for the aforementioned hydrogen. Its fuel cells are 95% reusable (the remaining 5% are 99% recyclable), and Alaka’i claims they enable the Skai to travel longer distances — over three hours per tank, or around 300 miles — and carry a heavier overall payload than the competition. Alaka’i says this makes it ideally suited for emergency response, freight distribution, and related sectors.

It’s worth noting that Metro Skyway, a subsidiary of Tel Aviv-based Urban Aeronautics, announced in 2017 that it would build a hydrogen-powered air taxi it hopes to get off the ground by 2022, but that vehicle will initially run on jet fuel. Skai is using hydrogen from day one.

Skai’s fuel cells power six electric motors with built-in redundancy and lift a cabin with an airframe parachute that can fit four to five passengers. Skai hasn’t yet been certified by the Federal Aviation Administration, but Alaka’i cofounder and CEO Brian Morrison expressed confidence that the company’s executive and engineering team — which hails from NASA, Raytheon, Beech Aircraft, McDonnell Douglas, Hughes, DayJet, SATSAir, Cirrus, Metro Aviation, and Delta Airlines — will clear that hurdle in the near future.

“This remarkably impressive team have come together to build on our collective experience to finally realize our singular, critical vision to launch Skai and transform transportation,” said cofounder and CEO Brian Morrison. “Skai offers practical, real-life solutions to everything from relieving traffic congestion to delivering supplies during natural disasters. Skai is set to offer affordable, realistic applications in the commercial, private, freight, and personal air mobility markets.”

Experts predict that air taxis will begin ferrying customers in earnest within three years and that these taxis could start flying autonomously or semi-autonomously as early as 2025. Analysts at Roland Berger forecast 3,000 flying taxis will be in operation globally in five years, a number they say will increase to 12,000 by 2030 and to nearly 100,000 by 2050.

Meanwhile, Morgan Stanley projects the market for flying taxis will reach $1.5 trillion by 2040, which is likely why there’s sustained interest from the private sector.

And air taxis from AeroMobil, Vertical Aeorospace, Joby Aviation, Airbus, Boeing, and Bell are in various stages of development, in addition to over 100 such electric aircraft worldwide. Bosch expects drone test flights to ramp up in cities like Los Angeles, Dallas, and Singapore next year. 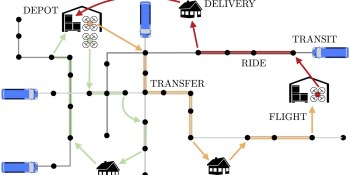 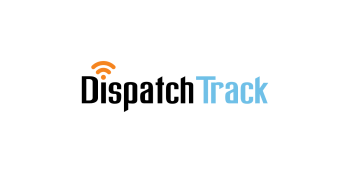 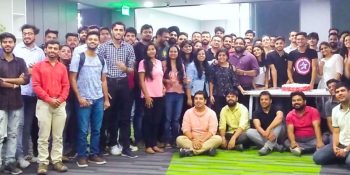 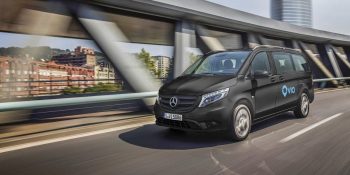