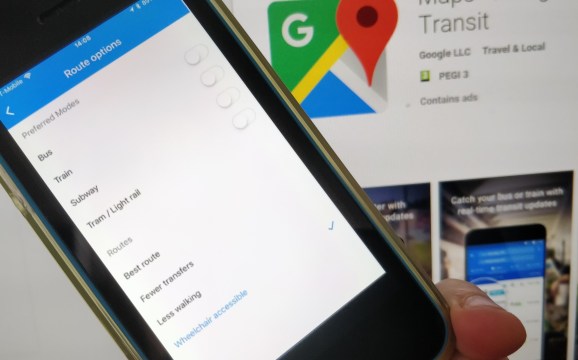 Google Maps can now share the most popular dishes at a restaurant anytime you pull up a listing with the app. Starting today, this works worldwide for Google Maps users on Android devices and is coming soon for iOS users. The new feature uses machine learning to match the names of a restaurant’s most talked-about dishes with online photos and reviews to share the deliciousness alongside things like store hours and location.

The news comes after a series of changes in recent weeks to make it easier to order food with Google and advance the interoperability between native offerings like Google Assistant, Google Maps, and Google Search results.

Earlier this week, Google launched the ability to use Lens computer vision to highlight the best meals on a restaurant menu using your smartphone camera, a feature first introduced earlier this month at the I/O developer conference.

Last week, Google brought popular food delivery services like DoorDash and Postmates directly to Google Assistant and Google Search results as well as Google Maps listings to make it easy to order food without the need to open another app. Google Assistant hands-free voice commands can be used to quickly order a meal or reorder a favorite from a local take-out or delivery spot. At launch this feature is focused on Google Assistant on smartphones but is likely to be introduced for smart displays in the future.

Google Assistant was brought to the Google Maps app in January to help drivers get around, find local business listings, and send SMS, Facebook Messenger, and WhatsApp messages.

In other recent initiatives, Google launched a pilot program with New York City MTA to provide bus and train times through Home speakers, following the introduction of step-by-step public transit directions on Maps in late 2017.

Google is also testing Mini-apps for search results with call-to-action buttons to do things like begin an online course or complete a purchase. Mini-apps would also appear in response to queries on Google Assistant smart displays.