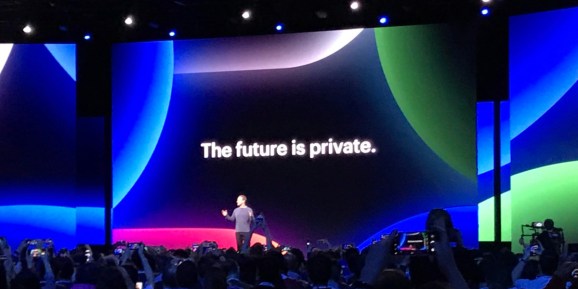 Tech giants are facing threats of regulation on many fronts, but in the months ahead, California is poised to become ground zero. A new feature for Amazon’s Alexa might be indicative of that fact.

On Wednesday, Amazon rolled out voice commands to delete the recordings that take place every time you use the “Alexa” wake word so users can protect their privacy without the need to open the Alexa app or dig through the Amazon website.

That’s good news for people worried that Alexa might inadvertently share their voice recordings with other people — as has happened in the past on multiple occasions — or that people may manually review their recordings.

An Amazon spokesperson told VentureBeat the voice command was added to show Amazon’s commitment to privacy. The more likely reason is because Amazon is smart enough to see the regulatory writing on the wall.

Just hours before the new voice command was announced, the California State Assembly passed the Anti-Eavesdropping Act. The legislation will now be considered by the California State Senate. AB 1395 requires the makers of ambient listening devices like smart speakers to receive consent from users before recording their voices. Legislation nearly passed last month by the Illinois state legislature would have done the same.

In addition to Alexa’s newfound commitment to privacy, tech giants like Facebook and Google have been vocal in recent weeks about the importance of privacy. Both have had some pretty serious security breaches in recent months.

At the F8 developer conference in April, Facebook CEO Mark Zuckerberg declared “The future is private” and expounded on plans to make end-to-end encryption part of all of its messaging apps.

Google CEO Sundar Pichai has also been talking aggressively about his company’s belief in privacy for all, and rolled out things like Incognito Mode for Google Maps and new privacy commitments.

Recent actions by tech giants appear to be an attempt to prove they can regulate themselves, as well as a way to shield against regulatory action to come.

Regulation of tech companies could very well become a talking point in the coming election year, particularly among people like presidential candidate Senator Elizabeth Warren (D-MA), who will make an appearance today in Oakland and has said Facebook, Google, and Amazon should be broken up.

But barring federal action, legislative bodies at both the state and local level have become a battleground in the privacy debate across the United States, perhaps in no place as much as California.

Beginning January 1, 2020, tech giants will have to comply with the California Consumer Privacy Act (CCPA). AB 375, aka the CCPA, was passed in 2018 and requires businesses respond to consumer requests to delete their data and explain how it’s used. Businesses that fail to comply can face legal action or fines.

Tech giants like Facebook, Google, Amazon, Uber, and Lyft are seeking a number of amendments before the law goes into effect.

But it’s not just privacy. In addition to legislation to regulate smart speakers and other ambient listening devices, on Wednesday the California State Assembly also passed AB 5, a bill to make it tougher to label workers as independent contractors instead of employees.

These fights mirror those around facial recognition software use by governments. Amazon’s Rekognition has become a poster child for surveillance capitalism and dystopian fear of a surveillance state.

Introduced last week, legislation in the California State Senate would outlaw facial recognition use on police body cam footage. This follows a ban of facial recognition in San Francisco. Oakland and Berkeley are considering a similar ban.

Each of these pieces of legislation related to privacy could be addressed with overarching privacy legislation from Washington D.C. However amendments to the CCPA turn out, it seems like a step in the direction of empowering consumers and perhaps someday federal law.

Until then, expect to hear politicians and tech company leaders and lobbyists tell you how much they care about privacy. As such a populous state and large economy, to some extent it’s always been a smart thing to pay attention to California, but watch what happens in the months ahead, not just in Silicon Valley but also Sacramento. Major changes could be on the horizon for privacy, facial recognition, ambient listening devices, and the future of the gig economy, and those changes will have impact that goes beyond California.

For AI coverage, send news tips to Khari Johnson and Kyle Wiggers — and be sure to bookmark our AI Channel and subscribe to the AI Weekly newsletter.