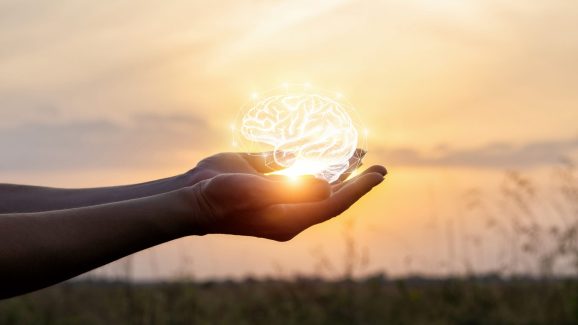 As 5G networks continue to expand in cities and countries across the globe, key researchers have already started to lay the foundation for 6G deployments roughly a decade from now. This time, they say, the key selling point won’t be faster phones or wireless home internet service, but rather a range of advanced industrial and scientific applications — including wireless, real-time remote access to human brain-level AI computing.

That’s one of the more interesting takeaways from a new IEEE paper published by NYU Wireless’s pioneering researcher Dr. Ted Rappaport and colleagues, focused on applications for 100 gigahertz (GHz) to 3 terahertz (THz) wireless spectrum. As prior cellular generations have continually expanded the use of radio spectrum from microwave frequencies up to millimeter wave frequencies, that “submillimeter wave” range is the last collection of seemingly safe, non-ionizing frequencies that can be used for communications before hitting optical, x-ray, gamma ray, and cosmic ray wavelengths.

Dr. Rappaport’s team says that while 5G networks should eventually be able to deliver 100Gbps speeds, signal densification technology doesn’t yet exist to eclipse that rate — even on today’s millimeter wave bands, one of which offers access to bandwidth that’s akin to a 500-lane highway. Consequently, opening up the terahertz frequencies will provide gigantic swaths of new bandwidth for wireless use, enabling unthinkable quantities and types of data to be transferred in only a second.

The most relatable one would enable wireless devices to remotely transfer quantities of computational data comparable to a human brain in real time. As the researchers explain it, “terahertz frequencies will likely be the first wireless spectrum that can provide the real time computations needed for wireless remoting of human cognition.” Put another way, a wireless drone with limited on-board computing could be remotely guided by a server-sized AI as capable as a top human pilot, or a building could be assembled by machinery directed by computers far from the construction site.

Some of that might sound familiar, as similar remote control concepts are already in the works for 5G — but with human operators. The key with 6G is that all this computational heavy lifting would be done by human-class artificial intelligence, pushing vast amounts of observational and response data back and forth. By 2036, the researchers note, Moore’s law suggests that a computer with human brain-class computational power will be purchasable by end users for $1,000, the cost of a premium smartphone today; 6G would enable earlier access to this class of computer from anywhere.

There are, of course, significant practical challenges to overcome before 6G can move from theoretical to real, including miniaturization of the core technologies and health studies to confirm that terahertz frequencies are as safe as currently believed. Additionally, like millimeter wave transmissions, submillimeter wave frequencies will require highly directional antennas, in part because they’re highly susceptible to interference from the atmosphere, particularly above 800 GHz.

But the researchers note that overcoming those challenges, as was successfully accomplished with millimeter wave over the past decade, will lead to great benefits for users. Data transmissions will consume far less energy, and ultra-high gain antennas will be able to be made “extremely small.” That will pave the way for tinier devices, including military-grade secure communications links that are “exceedingly difficult” to intercept or eavesdrop upon.

In March, the FCC unanimously voted to open the 95GHz to 3THz range for “6G, 7G, or whatever is next,” though commissioners suggested the speculative uses of the frequencies at that point made the vote akin to “designating zoning laws for the moon.” Based on past history, Dr. Rappaport and others will be at the forefront of transitioning these concepts from science fiction to science fact — in the foreseeable if not immediate future.