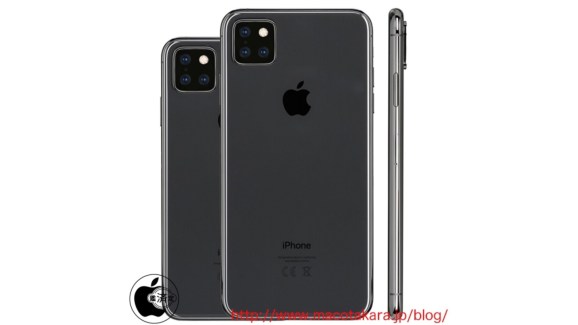 While 2019’s iPhones are expected to be relatively conservative upgrades from 2018’s iPhone XR, iPhone XS, and iPhone XS Max, early reports have suggested that Apple’s 2020 models will be substantially different. Respected supply chain analyst Ming-Chi Kuo (via MacRumors) is adding additional color to the 2020 reports today, reinforcing claims of three devices with distinct screen sizes while suggesting that 5G support will differentiate the lower- and higher-end models.

According to Kuo, there will indeed be three models akin to the iPhone XR, XS, and XS Max, though all three will have OLED screens, doing away with the “Liquid Retina” LCD screen currently found on the iPhone XR and expected to be used in its 2019 followup. The more affordable 2020 model will have a 6.1-inch display but will only have LTE support, leaving it a generation behind the higher-end models until 2021, when its sequel goes 5G as well.

By comparison, the iPhone XS- and XS Max-like devices will have 5.4-inch and 6.7-inch OLED screens, respectively, while getting 5G modems that Kuo expects will be supplied by both Qualcomm and Samsung. RF power amplifiers, Kuo says, will be supplied by Broadcom, expanding on the latter’s current power adapter supply arrangement with Apple.

In the early days of a long-awaited trial, Apple famously made a last-minute decision to drop the suit and renew its patent licensing and chip supply agreement with Qualcomm — a decision that seemed largely based on Apple’s need for 5G components. Qualcomm is currently supplying 5G parts to almost every smartphone and consumer device maker, such that 5G devices and networks are already rolling out across the world and are expected to be ubiquitous by 2020. Assuming the report is accurate, it’s unclear whether Apple will miss the boat on the growing market for affordable 5G devices by initially restricting the feature to its ultra-premium phones.