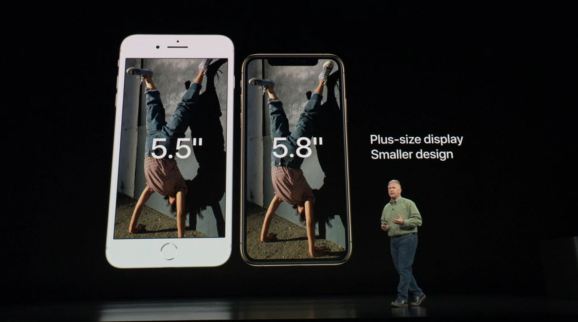 Though rumors suggest that Apple is planning only conservative updates for its 2019 iPhone lineup, its 2020 devices will reportedly feature both smaller and larger displays than today’s flagship models. According to a new report today from DigiTimes, Apple will choose between new OLED screens from South Korean screen makers Samsung and LG, seeking thinner and more affordable touch surfaces across three new sizes.

The report suggests that the 2020 lineup will start with a 5.42-inch display, which would be noticeably smaller than the current 5.8-inch iPhone XS, then continue with a 6.06-inch middle model and a 6.67-inch large version, up from 6.5 inches in the iPhone XS Max. For the middle and large models, the slight increases could signal that Apple will eliminate the bezels found on today’s flagship devices or slightly increase the 2020 models’ footprints.

But the bigger news is the suggestion that Apple will finally offer an OLED model to cater to users with smaller hands and/or pockets. The company seemingly wrote off this audience with the discontinuation of the iPhone SE, which preserved a 4-inch screen size in an outdated but affordable chassis. Using an OLED display and Face ID rather than a Home button, Apple could offer a 5.4-inch screen within a similar footprint.

Apple was previously reported to be waiting until 2020 to launch its first iPhone model with 5G cellular capabilities, relying on a yet-to-be-released Intel 5G modem. It’s unclear whether Apple will follow Samsung’s lead, introducing 5G solely into an even larger version of the iPhone XS Max, or instead include the feature in two or more of its 2020 devices.

5G could be playing an unstated role in Apple’s screen sourcing plans. The company is said to be considering thinner screens — including Samsung’s Y-Octa AMOLED and LG’s TOE touch — that could make more room in the chassis for 5G components and batteries. Samsung’s Galaxy S10 5G notably features an edge-to-edge 6.7-inch OLED display in a less than 8mm-thick chassis, setting a general bar for what Apple will need to do in its largest 2020 iPhone.