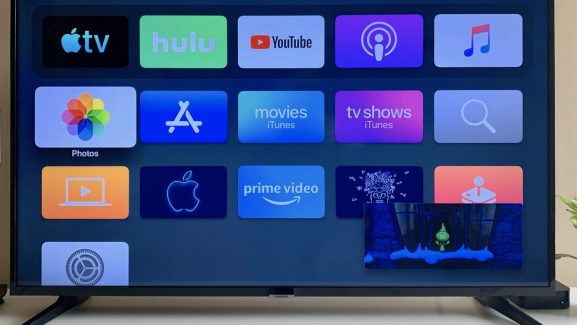 Apple spotlighted only a handful of updates to the Apple TV’s operating system, tvOS 13, at WWDC two weeks ago, and one didn’t make the list: picture-in-picture support, a feature introduced in iOS 9 four years ago. With today’s release of tvOS 13 beta 2, however, a picture-in-picture viewer has appeared out of nowhere (via 9to5Mac), suggesting that the Apple TV may have a new ability for all users this fall.

The window appears after a video has been started and exited elsewhere within the interface, strongly resembling the feature previously introduced in iOS. Circular control icons appear within the window that allow the video to be paused, taken full screen, or closed, while the remote’s TV button enables options to be displayed. Whatever else is happening on the Apple TV — running another app or navigating the Home screen — continues to be accessible via the remote. 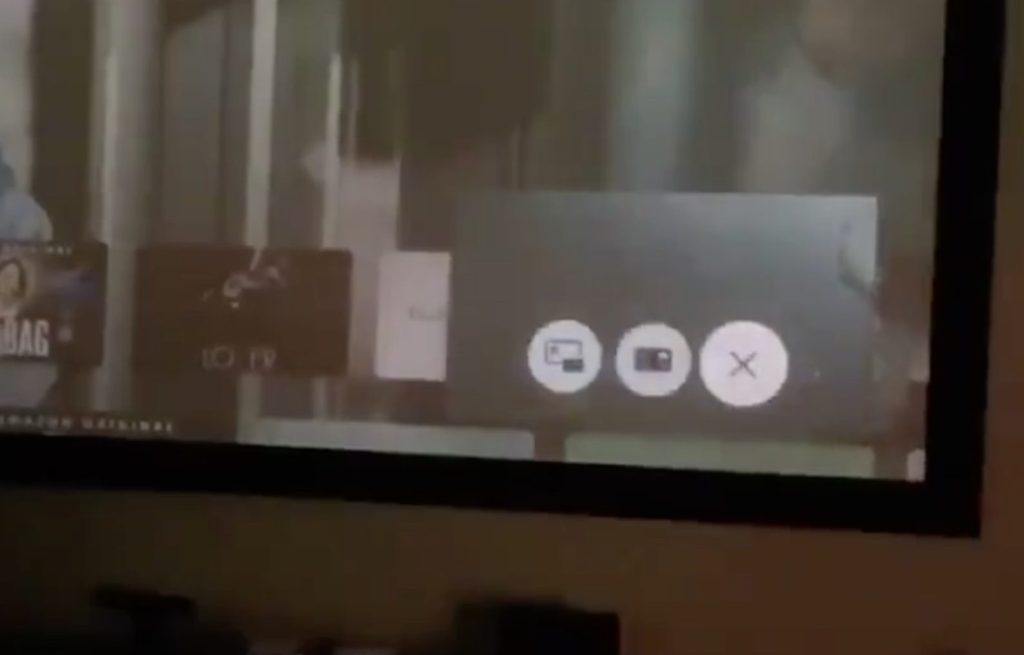 Above: The feature addition was first spotted by Nikolaj Hansen-Turton.

Picture-in-picture or PIP technology has been built into television sets for decades, so the feature is not likely to be novel to most users, but it does raise the prospect of the Apple TV itself being used for multitasking purposes beyond just playing one video at a time. It could also enable videos to be enjoyed while navigating settings menus and other parts of the interface that traditionally interrupted video playback.

tvOS 13 beta 2 is available now to registered Apple developers through the company’s developer portal, alongside new beta 2 releases of macOS Catalina, watchOS 6, iOS 13, and iPadOS 13. A public beta of the new release is expected to arrive in early July, before a final release in September.