Amazon has announced plans to expand its air cargo network by more than a quarter to 70 planes by 2021, after signing a deal with GE Capital Aviation Services (GECAS) to lease 15 Boeing 737-800 aircraft.

The ecommerce giant first entered the air cargo realm nearly three years ago with the launch of Amazon Prime Air, a service that kicked off with 40 Boeing 767 freighter aircraft. Amazon announced it was adding 10 Boeing 767-300 aircraft to the mix back in December, followed by five Boeing 737-800s in March. 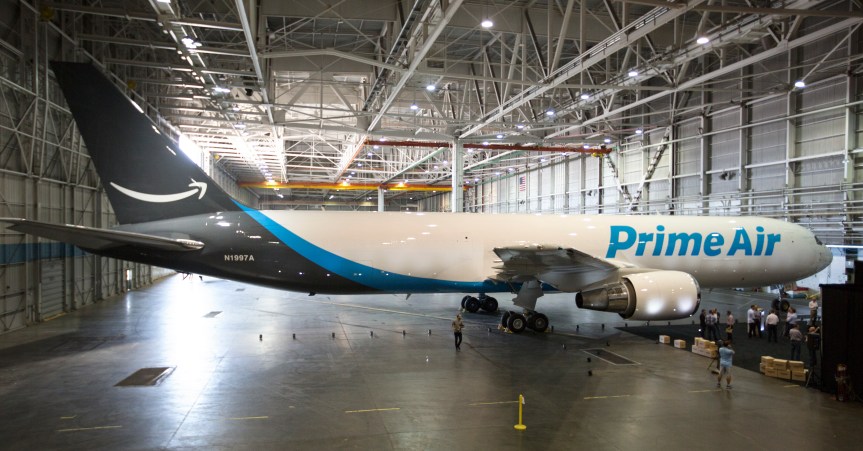 Beyond planes, Amazon has been pushing deeper into cargo and delivery services. It has for a while operated a peer-to-peer (P2P) delivery program called Flex, allowing anyone who owns a car to deliver for Amazon in their spare time. Last year, the company revealed plans to create a network of independent delivery fleets, which it recently announced it was expanding by paying its existing employees to quit their jobs and join.

Amazon has previously downplayed expansion of its logistics infrastructure, largely positioning it as a complementary program to help it keep up with demand. But it has had to do that because it still needs its existing logistics partners — for the time being anyway. “We have great partners in our traditional carriers, and it’s exciting to continue to see the logistics industry grow,” explained Dave Clark, Amazon’s senior vice president of worldwide operations, at the launch of the Delivery Service Partner Program last year. “Customer demand is higher than ever, and we have a need to build more capacity.”

Without a doubt, Amazon has been steadily encroaching on territory dominated by long-time partners such as Fedex and UPS. This latest Amazon Air expansion comes shortly after Fedex revealed that it wouldn’t be renewing its U.S. domestic air contract with Amazon, calling the move a “strategic decision” that would help it cater to the broader ecommerce market — which incidentally may include delivering for Amazon rivals.

But Amazon is sticking to the script with the Amazon Air expansion, explaining the move as more about creating additional capacity than trying to replace the cargo incumbents.

“These new aircraft create additional capacity for Amazon Air, building on the investment in our Prime Free One-Day program,” Clark said. “By 2021, Amazon Air will have a portfolio of 70 aircraft flying in our dedicated air network.”

The new aircraft will be limited to the U.S. and fly from more than 20 locations in the Amazon Air network, including new hubs that are opening later this year at Chicago Rockford International Airport, Fort Worth Alliance Airport, and Wilmington Air Park. A flagship Amazon Air hub will open at the Cincinnati/Northern Kentucky International Airport in 2021.