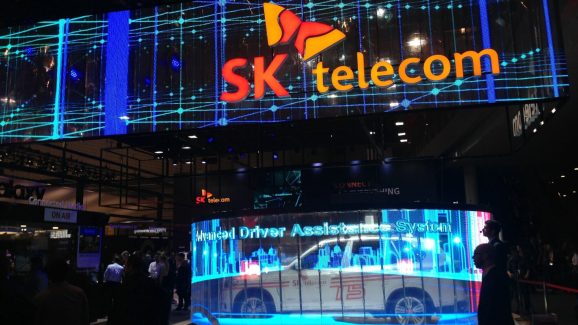 While 5G networks are just beginning to go live across the world, South Korean carrier SK Telecom is already working to guarantee its role in the next-generation cellular technology expected in 2030: 6G. Today, the carrier announced that it has signed memorandums of understanding with network hardware providers Ericsson, Nokia, and Samsung to conduct joint R&D projects that will — years from now — lead to technical requirements and business models for 6G.

The deal isn’t exclusively about 6G, but it’s no coincidence that the companies are already discussing the presently undefined next cellular standard. Researchers in New York and Finland started preliminary work on 6G last year and have recently pointed to terahertz spectrum — the sub-millimeter wave range from 300MHz to 3THz — as the next frontier in ultra high bandwidth, ultra low latency communications. Governments are just beginning to open those frequencies up for experimentation.

In the 5G era, SK Telecom has agreed to work with each of the network hardware makers on standalone 5G network technology, ultra-reliable low-latency communications (URLLC) for industrial and vehicular applications, enhanced MIMO, and “differentiated 28GHz technology.” In each case, the goal is to develop commercial applications for a technology embraced by the 5G standard.

SK Telecom is the largest of the three government-backed South Korean carriers that launched 5G services simultaneously in April 2019, and it has taken a leading role in the country’s past R&D initiatives. While South Korea sought to be first in the world to launch commercial 5G services and devices in partnership with domestic manufacturer Samsung, U.S. carrier Verizon succeeded in a slightly earlier launch with handsets from Lenovo subsidiary Motorola, its longtime device partner.