The Sunnyvale, California-based company also revealed that it has now passed the $1 billion valuation threshold, elevating it to the much-covered unicorn status.

Founded in 2008, Druva is one of a number of platforms targeting companies with cloud data management and protection services — covering backup, recovery, archives, analytics, and more. 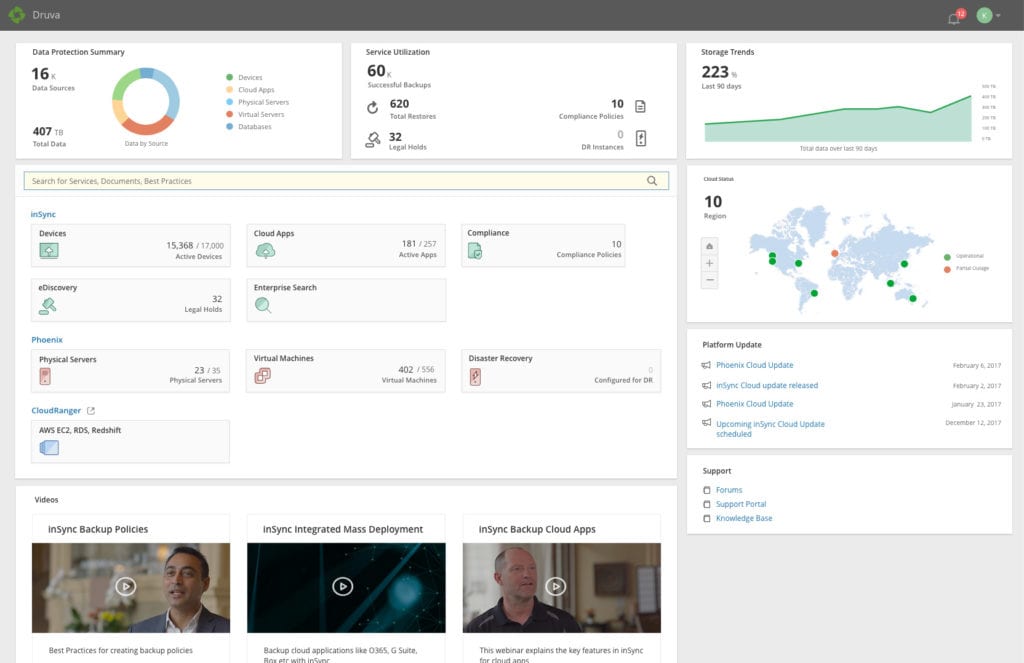 As more enterprises migrate to the cloud, a multi-billion dollar industry has emerged to replace legacy data-management services from giants such as Dell EMC. The data management and protection industry is expected to reach $55 billion by next year, according to IDC data, leading to a battle for the enterprise buck as companies consider shifting to hybrid or entirely cloud-based data storage solutions.

“The line between data and business is blurring,” explained Druva founder and CEO Jaspreet Singh. “The data management market is forecasted to be worth $55 billion next year, yet the landscape is dominated by solutions that are 20 years old. Druva is disrupting the way enterprises protect and leverage their data with a modern, cloud-native SaaS platform.”

Druva had previously raised around $200 million, and with another $130 million in the bank it plans to double down on global expansion efforts while attracting more clients of the type it currently claims — which include NASA, Tesla, and PwC. The company isn’t yet profitable, as is true for many similar SaaS firms, but it did note that it is approaching annual recurring revenue (ARR) of $100 million.

A quick peek at the broader data management landscape reveals that investors are hot for Druva and its ilk. In the past six months alone, rivals Veeam and and Rubrik raised $500 million and $261 million, respectively, with the latter attaining a valuation of $3.3 billion. And last year SoftBank led a $250 million investment in Cohesity.

“Since our original investment around two years ago, the company’s growth and success has surpassed our expectations,” added Riverwood Capital managing director Harish Belur. “Druva’s unique approach to the large and growing data protection market is transformative to the industry and is validated by some of the world’s largest companies and the most demanding customers.”