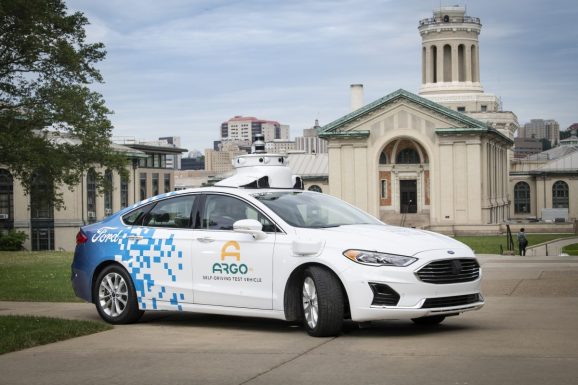 “While the team at [Argo.ai] sees a pathway to achieve initial commercialization opportunities for self-driving technology, there are still advancements required to be able to perceive and navigate autonomously in the most complex, open conditions with dramatically lower compute power,” wrote Ramanan, who added that all of the Center’s findings will be reported in open scientific literature. “And until we’re able to do so at scale, the visionary benefits that have been spelled out for society won’t be achieved.”

Ramanan will serve as the Center’s faculty leader along with Simon Lucey, an associate professor at Carnegie Mellon University’s Robotics Institute specializing in computer vision. The team’s other founding members include John Dolan, David Held, and Jeff Schneider.

“We are thrilled to deepen our partnership with Argo.ai to shape the future of self-driving technologies,” said Carnegie Mellon president Farnam Jahanian. “This investment allows our researchers to continue to lead at the nexus of technology and society, and to solve society’s most pressing problems. Together, Argo.ai and [Carnegie Mellon] will accelerate critical research in autonomous vehicles while building on the momentum of [Carnegie Mellon’s] culture of innovation.”

The Center follows on the heels of Argo.ai’s existing collaboration with Carnegie Mellon and Georgia Tech, but it’s worth noting it’s not the first of its kind. Intel last October announced that it would launch an Institute for Automated Mobility in Arizona, which will combine three state universities; the Departments of Transportation, Public Safety, and Commerce; and companies working on automated cars, trucks, and drones.