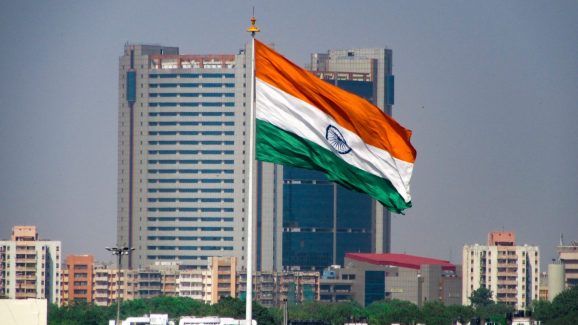 Nonstop controversy over the security of Huawei’s 5G gear has left India uncertain about whether to allow the Chinese network hardware provider to participate in next-generation Indian cellular systems, but concerns apparently haven’t dissuaded U.K.-based carriers, according to a pair of new reports. The news suggests Huawei may yet wriggle free of U.S. government restraints and emerge as a key 5G player outside its home country.

Citing sources within the Indian prime minister’s office and Department of Telecommunications, the Nikkei Asian Review reports that Huawei’s pledge last month to sign a “no back door agreement” with the government has been met with skepticism. While the prime minister’s office source deemed the pledge “very doubtful,” the Department of Telecommunications is said to be “split” over use of Huawei 5G gear.

The key to India’s position is its track record with Huawei hardware, which has given it more specific reasons for mistrust than some other countries have. Back in 2009, Huawei was accused of hacking India’s state-owned telecom Bharat Sanchar Nigam, an issue serious enough for the government to quietly request that carriers avoid using Chinese networking gear in border areas. In 2014, the Indian government claimed a similar network hack, but Huawei denied that allegation, and an investigation was ultimately inconclusive.

Similar claims have followed Huawei’s gear across multiple countries, though the specifics often remain cloudy, thanks in part to clandestine intelligence assessments and disagreements between network security experts. At worst, Huawei is alleged to have allowed back doors for surveillance in its networking hardware — potentially on behalf of China’s government — while at best, it’s been accused of being negligent in patching software that might undermine network security. Huawei has broadly denied the charges while promising to address them.

Taking India’s allegations at face value, Huawei’s chances appear shaky, but similar posturing from British officials didn’t stop Huawei 5G gear from being deployed in the United Kingdom. The Observer reported this weekend that all of the U.K.’s major carriers — Vodafone, EE, Three, and O2 — are already using or planning to use Huawei gear in their 5G networks, including “hundreds” of EE’s 5G sites.

While the publication claims that the carriers have opted to “ignore security fears” regarding Huawei, the reality is more complicated. Each of the carriers is using Huawei hardware for “non-core” network components, such as the transmitting radios found near homes, rather than for parts used to control network traffic — thus reducing risk of at least centralized surveillance or hacking. The U.K. signaled this “middle way” plan back in April, and carriers have clearly taken advantage of it.

The key reasons for compromise are costs and timing: Huawei gear is both affordable and readily available to U.K. carriers, who have previously used and generally liked the company’s inexpensive hardware. While the carriers are downplaying Huawei’s name and in some cases dropping specific 5G handsets over security concerns, Vodafone launched its 5G network with both Huawei tower hardware and a Huawei-developed home broadband modem.

Whether the carriers’ decisions will have any impact on U.S.-U.K. relations remains to be seen. U.S. intelligence officials mounted a massive international campaign to block Huawei 5G gear last year, but President Donald Trump has offered mixed signals on the company’s security risks, alternating between supporting a ban on the “very dangerous” company and evincing a willingness to make deals. Officially, Huawei has been blacklisted in the U.S., and chiefs of U.S. intelligence agencies have warned that they will not share classified data over communications networks in countries using insecure Huawei gear.