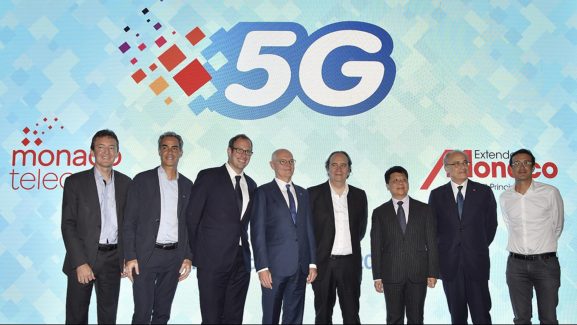 While several European countries have launched early 5G networks in parts of multiple cities, full nationwide coverage is another story. Today, the small but wealthy principality of Monaco has a comprehensive 5G network courtesy of local carrier Monaco Telecom, which notably relied on Huawei’s controversial 5G hardware to achieve the feat.

“5G is not a simple improvement in the performance of 4G, it’s a paradigm shift,” Monaco’s digital transition chief Frédéric Genta explained in a press release (translated). “Energy, health, the media, health, transport will be transformed thanks to 5G. This offers the Principality, its inhabitants, its public policies and its economy immense possibilities for the good of all.”

As the second-smallest country in the world, Monaco has just under 500 acres of land and fewer than 40,000 people to cover with 5G, making nationwide coverage relatively easy compared with earlier “first to 5G” countries such as the United States and South Korea. But as Technode reports, Monaco ignored U.S. government protestations regarding the risks of using Huawei gear, even deploying the Chinese company’s hardware within its network core.

Consequently, Monaco is now serving as a “shop window” for Europe, allowing other European governments to see how 5G will integrate with the “intelligent state,” said Huawei vice president Guo Ping. For its part, Monaco Telecom claims that it has taken all measures necessary to guarantee the security of its 5G network.

It’s unclear whether carriers are truly able to eliminate security risks from Huawei’s 5G hardware, which the U.S. has claimed is susceptible to surveillance and remote control demands from China’s government. Huawei has denied the claims, but countries including the U.K. and India have blamed the company for earlier incidents of network insecurity and hacking, suggesting that Huawei hardware might not be safe to trust at a network’s core. Even so, multiple European carriers have recently opted to deploy Huawei 5G hardware, with some restricting it to non-core radio communications at their networks’ edges.

Updated July 16 at 5:20 a.m. Pacific: A Nokia representative notes that it was actually “first” to achieve full 5G coverage of a European nation — the 23.63-square mile Republic of San Marino, a microstate located inside Italy — with Italian carrier TIM on December 17, 2018. At the time, TIM and Nokia described the coverage as making San Marino an “open laboratory” for 5G.