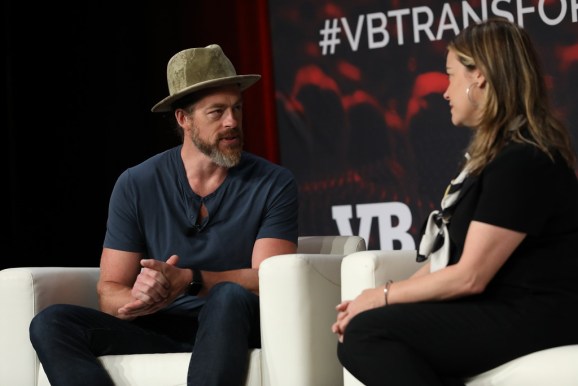 Sending satellites into space, gathering data from Earth, and applying machine learning to turn the resulting data into actionable intelligence isn’t as outlandish as it sounds. In fact, it’s a business that’s booming, driven by increased demand for agricultural, consumer, and industrial analytics; Northern Sky Research pegs the satellite-based Earth Observation (EO) market at $6.9 billion annually by 2027 and $54 billion cumulatively over the next decade.

Startups like Cape Analytics and Descartes Labs, which combine computer vision with geospatial imagery to help customers evaluate properties, have benefited enormously from the newfound investor interest. So too has Hypergiant, which this year launched a division with the stated mission of creating “a vertically integrated geospatial intelligence and infrastructure capability” that its customers can use to glean insights.

Onstage at VentureBeat’s Transform 2019 conference, cofounder and chief strategy officer at Hypergiant John Fremont spoke about the barriers to adoption facing the industry and current and future growth trends.

“The pace of change that we all face is so dramatic and the complexity of what we’re facing right now is exponentially [high],” said Fremont, who cofounded the company with CEO Ben Lamm and Will Womble. “The question is, [are you willing to] to invest 12 months of building [an AI] system? … [If you] don’t have top-down support and understanding for bottom-up initiatives, you’re going to fail miserably because there’s going to be … a longer timeline for ROI.”

Hypergiant recently acquired Satellite & Extraterrestrial Operations & Procedures (SEOPs), a company that launches and deploys small satellites. (It previously had three businesses under its umbrella, encompassing intelligent software to hit business goals; an intelligent vision system designed to mimic human perception; and data capture and analysis using AI, deep learning, and advanced imaging.) Lamm told VentureBeat in May 2019 that Hypergiant will use SEOPs’ platform to launch and deploy a constellation of data-collecting “smart” satellites.

Investments like these don’t happen overnight, said Fremont. They require organization-wide support and commitment both internal and external.

“[The most successful companies implementing AI] have a mandate from the CEO — they have real dollars behind it and functional business owners who have decision-making abilities to buy the technology directly, without a ton of bureaucracy,” said interviewer Heidi Messer, cofounder and chairperson of Collective. “Anybody at any organization who’s discrediting what’s happening [with AI], or not acknowledging that it’s actually an industrial revolution, [are going to contribute] to failure.”

Hypergiant Space Age Solutions, Hypergiant’s commerce services division, has snagged customers like GE Power, Shell, and Apollo Aviation and is now doing “significantly more than $10 million” in revenue. Lamm projected that it would be at 100 employees by year-end 2018.