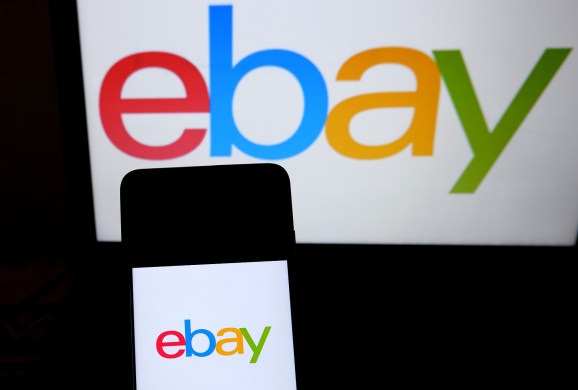 eBay has announced its latest initiative to take on the mighty Amazon. The ecommerce giant today announced Managed Delivery, a fulfillment service that it’s lining up to launch in the U.S. in 2020.

While eBay has served as a marketplace matching buyers with sellers since its inception, it has traditionally sidestepped the middleman approach adopted by Amazon and its managed fulfillment centers and transport infrastructure. However, eBay has been piloting fulfillment programs in a handful of markets over the past year — one in Germany, the other in Australia. And news emerged earlier this year that eBay was piloting a similar program in the U.S. that it called “Fulfillment for eBay” — but now we have a clearer idea of its plans for the offering.

With today’s news, the U.S. will become the first eBay market to get a full, extensive fulfillment service launch. A company spokesperson told VentureBeat that it plans to scale this to other regions once it’s up and running in the U.S.

Through Managed Delivery, high-volume sellers can ship their stock to key locations around the country and offer their customers faster deliveries. It will also mean all packages can be tracked, with buyers able to monitor the progress of their purchases in real time.

Unlike Amazon, however, eBay won’t be opening its own fulfillment hubs — instead, the company will work in partnership with undisclosed (for now) logistics partners.

“A common request we hear from our high-velocity sellers is to help make delivery of high-volume items easy and fast,” noted eBay president and CEO Devin Wenig in a press release. “Managed Delivery will be a competitively priced logistics solution for businesses selling high-volume goods in popular categories like electronics, home and garden, and fashion. The implementation of this service will dramatically lessen the shipping burden on sellers, while improving the shopping experience and making unboxing fun for buyers.”

Today’s announcement comes a month after Shopify announced it was launching its own fulfillment network too, which is available now as part of an early-access program with two-day shipping as standard. And Amazon itself has launched a number of new programs as it looks to keep up with growing delivery demand, including paying its employees to start their own delivery services and partnering with brick-and-mortar retailers to offer package collection services.

Buried within today’s announcement is one particularly interesting tidbit, however: eBay is making its fulfillment service available to other online platforms and marketplaces. So in effect, eBay will be launching a “fulfillment-as-a-service” platform for any online retailer to utilize, which could be a major money-spinner if smaller online retailers jump on board in their droves. And it could also mean that Amazon sellers end up using eBay’s Managed Delivery for shipping their goods, similar to how some eBay sellers currently use Fulfilled by Amazon (FBA).

eBay has launched a number of initiatives in recent years as it strives to match Amazon — it rolled out branded packaging a few years back, while in a handful of markets it has offered a speedy delivery subscription service called eBay Plus, similar to Amazon Prime.

Elsewhere, eBay also offers a Guaranteed Delivery service that enables sellers to offer a “3 days or less” option to buyers. More recently it has unashamedly targeted Amazon’s Prime Day with its own “crash sale” on the very same day.

Similarly, since parting ways with PayPal, eBay has pursued its own payments service, where eBay itself manages the entire end-to-end payments process.

So it seems that all these various baby steps have laid the foundation for eBay to expand into a fully managed delivery and fulfillment service. In the future, you will probably start seeing more eBay-branded boxes on front porches alongside Amazon boxes, a point that eBay is keen to highlight as it pushes to enhance its brand among consumers.

“With approximately 1.5 million packages being sent daily in the U.S. by eBay sellers, Managed Delivery will also result in hundreds of millions of eBay branded boxes and packages being placed on front porches across the United States within the next few years,” the company said. “These branded packages will not only deliver a better shopping experience for customers, but materially enhance eBay’s brand identity as a popular consumer shopping destination.”