U.S. retail giant Walmart grabbed headlines this week when it revealed that it’s introducing free next-day delivery in a handful of cities, with plans to extend the service to around three-quarters of the U.S. population by the end of 2019.

The move, while undoubtedly welcomed by millions of consumers across the country, highlights the pressure online retailers are facing to offer faster and faster deliveries to their customers. In a thinly veiled reference to archrival Amazon, Walmart stressed that its next-day delivery service will be offered “without a membership fee.”

For context, a few weeks ago Amazon announced plans to introduce next-day deliveries for U.S. members of its Prime service, which costs $120 per year. As things stand, Prime members in the U.S. are promised two-day shipping standard, although in some metro areas same-day deliveries are offered on certain items (similar to Walmart) and within hours via Prime Now. In other markets, such as the U.K., Amazon already offers free next-day delivery standard through Prime.

Amazon’s push into all manner of commerce verticals, which now includes groceries and spans the online and brick-and-mortar spheres, means it has had to double down on its delivery and logistics infrastructure to meet demand and ensure customers receive their goods yesterday — or as soon as humanly possible.

In the U.S. alone, Amazon is closing in on half of the ecommerce market, meaning demand for deliveries will only grow. And we’re already seeing some of the ways the company is looking to meet this demand, ensuring that it adheres to two of its four foundational principles: “customer obsession” and “commitment to operational excellence.”

Earlier this week, Amazon announced that it would cover some of the costs for existing employees interested in branching out to start their own business delivering packages for Amazon. This was an expansion of an existing initiative the ecommerce giant announced last summer that allowed anyone to shell out around $10,000 to start a business and become part of Amazon’s network of independent delivery fleets. 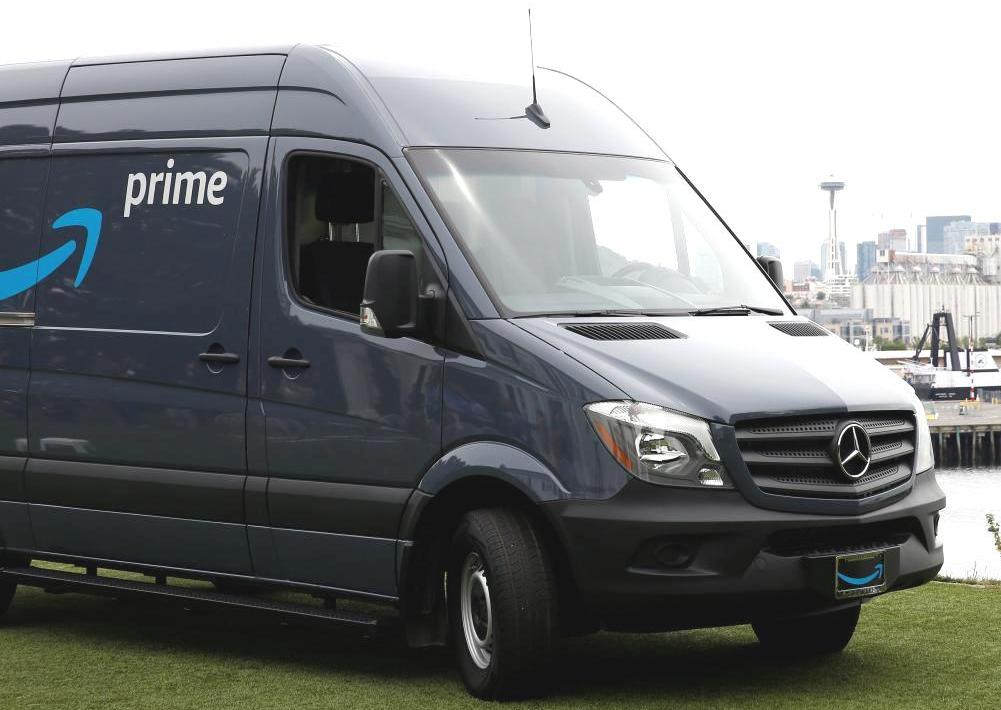 Amazon is pitching the program as an effort to grow its capacity rather than replace its ties with traditional delivery companies, such as Fedex and UPS.  “We have great partners in our traditional carriers, and it’s exciting to continue to see the logistics industry grow,” explained Dave Clark, Amazon’s senior vice president of worldwide operations, at the program’s launch last year. “Customer demand is higher than ever, and we have a need to build more capacity.”

The “delivery service partner” program is available now in the U.S., U.K., and Spain and is one of a number of channels Amazon is using to improve deliveries.

Home deliveries aren’t always the best option for consumers, particularly those who work during the day or simply can’t plan on being home at a certain time. This is why Amazon has also offered a number of click-and-collect options in various markets, spanning self-serve kiosks placed in retail outlets, lockers situated in apartment blocks, and partnerships with delivery firms that allow customers to collect goods from local retailers.

On Tuesday, Amazon announced a new program it’s calling Amazon Counter. This is only available in the U.K. and Italy for now, but there are plans to bring it to more countries across Europe. Amazon Counter offers the technology to help large and established retailers better manage the collection of parcels for Amazon customers. It will also soon support parcel returns.*

Its first such partner in the U.K. is retail giant Next, and in Italy the program includes thousands of stores from Giunti, Fermopoint, and SisalPay. 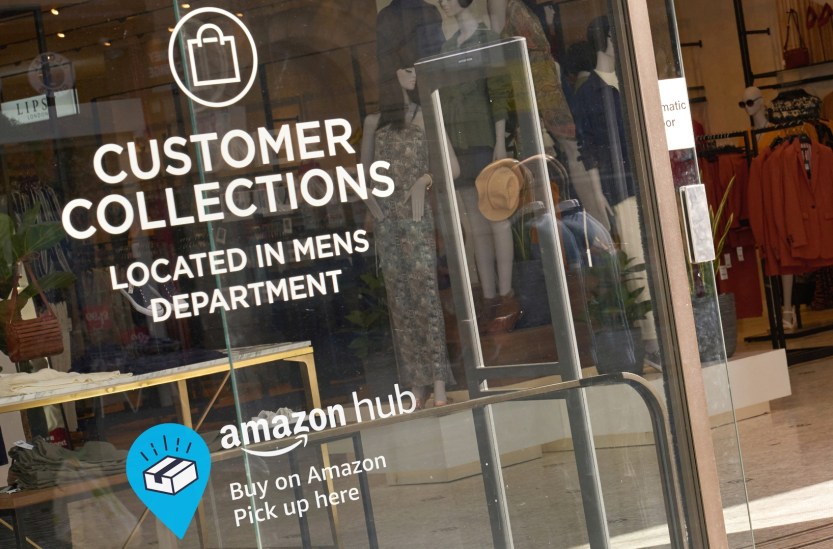 Above: Amazon Counter @ Next

Amazon’s withering impact on traditional brick-and-mortar retailers is well documented, so it’s interesting to see it now turn to such outlets for help in building its own business. The response from retailers is perhaps indicative of the lengths stores such as Next are willing to go to increase foot traffic.

“In a tough retail environment, our aim is that Amazon Counter will contribute to the continued relevance and vibrancy of our stores,” Next CEO Lord Wolfson said.

Whether a customer will stop to buy a new pair of shoes when picking up their Amazon parcel remains to be seen.

“Amazon Counter will be an engine to further develop our valued and innovative service and help our store partners attract more customers to their shops,” added Fermopoint CEO Alberto Luisi.

These latest launches come just a few weeks after Amazon officially opened its in-garage delivery service in the U.S., allowing those with a connected garage to have parcels left there instead — a tacit acknowledgement, perhaps, that many homeowners aren’t comfortable giving couriers access to their house, which Amazon has allowed since 2017, or their car trunk, which is another recently available delivery option.

What’s clearer than ever is that Amazon is adopting a multi-pronged approach in order to get parcels into customers’ hands as quickly as possible. This involves broadening its network of home delivery drivers and ensuring there are enough nearby pickup points — whether a retail outlet, self-serve locker, or garage.

*Article updated to clarify that Amazon Counter doesn’t yet support package returns, but it will soon.