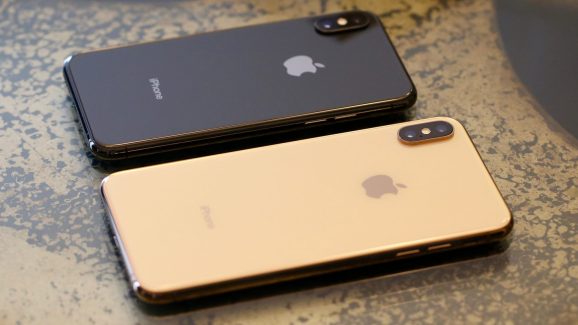 There weren’t many surprises in yesterday’s announcement that Apple is buying Intel’s smartphone modem business. Apple’s use of Intel modems has been public for years, its interest in acquiring the modem unit has been all but transparent for months, and both the $1 billion deal size and general scope leaked before the deal was formally unveiled. Between this acquisition and an earlier multi-year licensing deal with Qualcomm, informed observers have predicted that Apple will realistically need roughly five years to release its first 5G modem.

Most of the Intel-Apple deal reports yesterday stuck largely to the four corners of the news, but Reuters added an interesting wrinkle: According to a “person familiar with the matter,” Apple “wants to have an internally developed 5G modem technology ready for use in some of its products by 2021” and hopes to replace Qualcomm modems “in phases” across various territories, potentially by using its own chips in “lower-end and older models” before bringing them to flagships.

If we weren’t talking about a Reuters report, it might be easy to write off this suggestion as either wishful thinking or outright fantasy. Apple historically doesn’t tamper much, if at all, with the components in older models, so the idea that it might go back and reengineer, say, the iPhone 8 with a new modem seems far-fetched. However, the idea might make sense if the company was thinking of updating an older model with a faster A-series chip and basic 5G capabilities, akin to its improved re-release of the iPhone 5S as the iPhone SE. So the concept of dropping an Apple-built 5G modem into a low-end iPhone isn’t as crazy as it might sound.

One big issue is timing. Even assuming Apple closes this deal later this year — and it might pass regulatory hurdles that quickly because jobs, not just patents, are on the line — it’s hard to believe the company will have any 5G chips ready to put in products less than two years later. Apple has historically struggled to make any major iPhone change with such little lead time, and the idea that it could go from no 5G chip to manufacturing and shipping a chip in a finished product strains credulity. Based on past precedent, it’s more likely the company would leak such an “aggressive timeline” and then miss it by a year (or more).

But Apple has information outsiders don’t, which means such an early release is possible. Despite Intel’s abandonment of 5G smartphone modem-making efforts, its 5G chips might have been further along than was widely believed, and since Apple had access to prototypes, its own development efforts might not be starting from scratch. Similarly, Apple’s engineers could have been working on their own solutions for some time and may well continue that process while regulators contemplate the Intel deal.

Another issue is what Apple’s 5G chip will actually be able to do. As Intel discovered after spending years and untold resources, making a 5G modem isn’t an easy engineering task even for seasoned professionals; only a handful of companies in the world have kinda-sorta managed to do it, and then with some non-trivial early issues. An iFixit teardown yesterday confirmed that Huawei’s first 5G phone uses a gigantic cooling system and unusually large stacked chips to support the high-speed cellular technology. Reports last week suggested Samsung’s Galaxy S10 5G overheats when used in hot (read: summertime) outdoor conditions. Last year, Mediatek’s 5G prototypes sported active fans. And these are the world’s most experienced companies making 5G chips.

These are the sorts of issues that led Apple to make a last-minute deal with Qualcomm — the world’s most widely respected 5G modem developer — so Apple could ship viable 5G iPhones in 2020. By then, Qualcomm will be on its third generation of 5G chips, which will most likely run cooler, work on virtually any global 5G network, and support all of the major 5G frequencies used in various territories.

For those of us who follow 5G, what the Reuters report implies is that Apple may be willing to ship a self-built 5G modem that only supports some 5G radio frequencies. The resulting iPhone might be able to work on slow low-frequency 5G networks while being unable to connect to ultra-fast high-frequency (millimeter wave) networks. Or it might support low- and mid-band 5G spectrum without millimeter wave hardware. That’s the most likely scenario, in my view.

The reason this might work regionally is that some countries haven’t yet approved millimeter wave frequencies for use with 5G and, unlike the United States, won’t care whether their 5G devices support high-band connections in 2021. Buyers of these 2021 iPhones might wind up getting “5G Lite,” but that wouldn’t be much different from the non-millimeter wave 5G devices currently being sold in Europe and Asia — by then, it’ll just be behind the times.

That would be preserving the status quo from Apple’s Intel 4G modem days, when it dual-sourced Qualcomm and Intel chips but reportedly held the Qualcomm ones back to guarantee similar speeds regardless of the components inside. Until Apple’s ready to actually go toe to toe with Qualcomm on flagship-class 5G modems, that’s probably the sort of “limited” performance non-Qualcomm iPhones will deliver. And it’s going to take longer than 2021 — probably a lot longer — before we see real energy and performance benefits of an Apple-developed 5G chip.