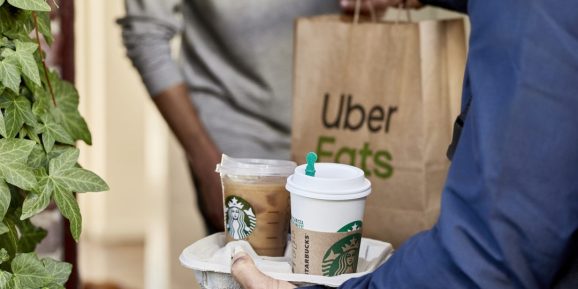 The global online food delivery market was pegged at $86.4 billion last year, a figure that could rise to more than $160 billion within five years. Off the back of this, the businesses and investors powering this gargantuan growth are doubling down on their efforts to capitalize on the public’s growing appetite for restaurant food delivered to their door.

This deal is the latest in a long line of consolidations in the food delivery space, with Just Eat snapping up U.K. rival Hungryhouse and Canada’s SkipTheDishes, Takeaway.com buying Delivery Hero’s German unit, Delivery Hero itself buying Zomato’s UAE unit, and Uber Eats buying David Chang’s delivery-only restaurant Ando. But the size of Just Eat and Takeaway.com’s merger is what’s particularly notable here, with the new combined entity worth around $10 billion — for comparison, that’s around $3 billion more than GrubHub’s current market cap.

“The board of Just Eat and the management board of Takeaway.com believe that the possible combination is a highly compelling opportunity to create a combined business that will benefit from creating one of the world’s largest online food delivery platforms,” the duo said in a statement.

The deal comes at a time when both Just Eat and Takeaway.com are facing growing competition from newer upstarts in the food delivery space. Similar to GrubHub (which itself merged with a big rival six years ago), both Just Eat and Takeaway.com pre-date the modern smartphone era, originally launching in 2001 and 2000 respectively. In the intervening years, the food delivery landscape has changed significantly due to the rise in smartphones, ubiquitous connectivity, and on-demand transport networks popularized by the likes of Uber.

Indeed, Uber reported $50 billion in gross bookings in 2018, roughly 16% of which arrived via its Uber Eats food delivery business — that’s nearly $8 billion in food orders. The newly public ride-hail giant is still far from making a profit, but these kinds of numbers demonstrate how big a deal food delivery now is for the company, which is why it has launched a version of Uber Eats specifically for businesses. Uber Eats has also been a major success since it launched in Europe back in 2017, with the company planning to triple its headcount in the region.

London-based Deliveroo has also emerged as a darling of the food delivery realm, serving up the delivery infrastructure for restaurants of all shapes and sizes in Europe and elsewhere. It has also launched a platform for restaurants to open delivery-only kitchens, helping to reduce their overheads by strategically positioning huts — rather than restaurants — close to areas that are popular for food delivery. A few months back, Amazon led a $575 million investment in Deliveroo, around the same time that Amazon revealed that it was closing its own Restaurants business.

Last week, OpenTable expanded into food deliveries in partnership with Square’s Caviar, GrubHub, and Uber Eats, while the year 2019 may see at least one more food delivery company chase an iPO — Postmates filed to go public back in February, though rumors abound that it is exploring a sale to Uber or DoorDash.

The global food delivery market is red hot, but as a notoriously low-margin sector, consolidation is to be expected. Just Eat or Takeaway.com didn’t mention the competition by names, but its merger is very much about retooling and ensuring that two 20-year-old stalwarts from the food delivery business are well-positioned to stave off the newer kids on the block.

“The board of Just Eat and the management board of Takeaway.com believe that the possible combination is a highly compelling opportunity to create a combined business that will benefit from [the] ability to deploy capital and resources to strengthen its competitive positions as the company determines appropriate,” the two firms said in its statement, adding that the capital would enable it to invest more in technology, marketing, and restaurant delivery services.