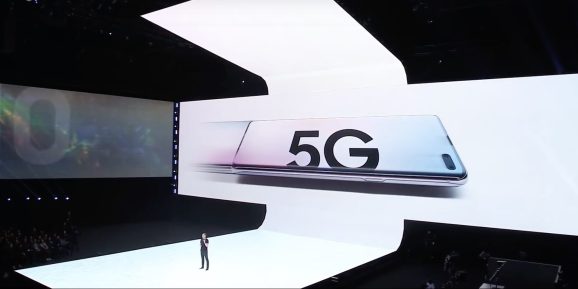 After being accused by T-Mobile CEO John Legere of 5G lies and being “dead in the water without a strategy,” Verizon’s consumer EVP Ronan Dunne retorted today that the company has been executing on its 5G strategy since dividing its business into consumer, business, and media groups: deliver meaningfully differentiated 5G to urban areas, followed by a more subtly improved experience elsewhere. In much of America, he suggested, 5G will approximate “good 4G service,” thanks to reliance on mid-band spectrum for broad coverage.

Dunne’s comments came during a keynote at Oppenheimer’s annual technology, internet, and communications conference, responding to a question about whether Verizon will actually be first to market with a real 5G network. “The first thing to understand is not all 5G is created equal,” Dunne said, such that “the broader the bandwidth you have, the available spectrum bandwidth you have, the more of the features and capabilities of 5G that you can enable.” Verizon’s strategy focuses on two things: coverage and capabilities.

Since “a very large majority” of Verizon’s data volume goes to “large, dense urban environments,” the company is using 5G — particularly high-speed millimeter wave spectrum — to significantly enhance its network capacity in urban areas. On the other hand, more than half of Verizon’s customers are outside those areas, collectively using less data, so it will use lower-speed mid-band spectrum to deliver 5G to those populations.

“While we can deploy and we will deploy a 5G nationwide offering,” Dunne explained, “the lower down the spectrum tiers you go, the more that will approximate to a good 4G service.” That limitation will be exacerbated for carriers who have limited bandwidth within mid-band spectrum, he said, while Verizon holds large swaths of spectrum, particularly in millimeter wave, so it can deliver strong 5G in areas where a lot of data is being used.

What that will mean for early customers is urban 5G in the 1-2Gbps range, and suburban or rural 5G in the hundreds of megabits per second range. That sort of differentiation is vaguely playing out already as Verizon’s and AT&T’s initial millimeter wave 5G has ranged from 300Mbps to 2Gbps in speeds, while Sprint’s 2.5GHz mid-band 5G has hovered in the hundreds of megabits, not exceeding 1Gbps.

Dunne also took a swipe at rivals who were “rushing to bring out 5G nationwide,” suggesting that “may be because they don’t actually have credible 4G LTE coverage in those areas to start with.” Sprint’s 4G network was notoriously problematic prior to a series of 4G/5G upgrades that added massive MIMO capabilities to the 4G network, while readying towers for delivering 5G service at the flip of a switch. T-Mobile has said that it will enhance its own network by subsuming Sprint’s spectrum and tower assets.

On the pricing front, Verizon apparently isn’t committed to continuing its confusing new “unlimited” data plans through the 5G era. Dunne described them as “really a 4G play today,” while saying that he could imagine 5G plans tailored to gamers, day traders, and other users that might be differentiated based on latency and/or bandwidth. That’s an unfortunate hint that the company may keep using awkward categories to segment users rather than going with simplified options.

Verizon has launched mobile 5G service in nine U.S. cities, all with limited street-level coverage that trails off at short distances from millimeter wave radio towers. The company’s CEO anticipates blanketing at least 50% of the U.S. with 5G in 2020, but suggests that actual uptake of 5G phones could take significantly longer.