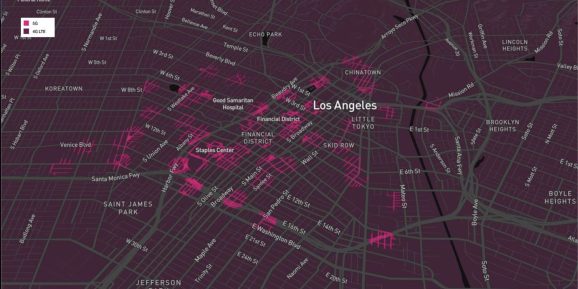 As the first half of 2019 came to a close, every major cellular carrier in the United States was officially offering 5G service to customers: Just days after blasting rivals AT&T and Verizon for lying about their limited 5G offerings, T-Mobile commenced initial service on June 28, becoming the last U.S. national carrier to launch 5G.

Some of the earliest 5G zones are exciting. Each carrier has picked a different handful of launch cities, so there’s at least a theoretical opportunity for millions of people to become early adopters if they’re willing to deal with spotty service. While my home city of Buffalo, New York was nowhere to be found on the early lists, I’ve just moved an hour outside of Los Angeles, which means I have a better chance of getting 5G service in the next year.

That leads me to the bad news: Just like Verizon, which launched pre-standards 5G home broadband service in small parts of Los Angeles last year, T-Mobile’s current coverage appears to be sparing at best. Initial reports from a small group of testers suggest that the magenta brushstrokes in Manhattan are a bit too thick and numerous given actual 5G connectivity on the ground, and that’s the best of its six cities. Worse yet, T-Mobile’s 5G signal drops completely when users enter buildings, making the solution impractical for use at homes, offices, and schools — the key places where devices tend to be used most, next to cars, public transportation, and streets.

T-Mobile wasn’t the first to flag this known millimeter wave limitation, but it was the first to flog it like a dead horse, even going through the trouble of setting up a CES booth to demonstrate how simply closing windows and doors could stop millimeter wave signals in their tracks — a big problem, it said back then, for millimeter wave-reliant rivals. At the time, it said that it would count mainly on 600MHz to blanket the U.S. with 5G service. But now that its key 600MHz 5G partner Intel has exited the smartphone modem business, T-Mobile is in the unenviable position of relying on the exact technology it downplayed, characterizing last week’s launch as “a small step toward 5G for All with the New T-Mobile.”

Small is already tough enough to deal with when it works outdoors and indoors. It’s downright impractical if it only works outdoors — and “just use Wi-Fi indoors instead” isn’t any excuse for non-performant cellular service. I wouldn’t pay any premium for a phone or service that could only deliver superior performance if I walked outside, and I suspect many other people feel the same way.

The bigger problem is that T-Mobile’s sketchy six-city service is arguably the best 5G available anywhere in the United States. AT&T’s supposed 19-city 5G network is almost comically invisible — still unavailable to regular consumers more than six months after it launched — and Verizon is still only offering 5G in small parts of four cities, as of today including Denver and Providence, though it’s promising more than 30 locations by year’s end. Using indoor- and outdoor-friendly 2.5GHz rather than millimeter wave spectum, Sprint turned on 5G in four cities in late May, and is promising service in five more cities soon.

If there’s any silver lining to these cloudy launches, it’s that actual 5G speeds are at least somewhat impressive in these cities when you can get service. Hit the right part of the right street and you can download a full-length movie in less than a minute. Early reports suggest that T-Mobile and Sprint are commonly delivering 5G speeds in the 300-500Mbps range, which is around 10 times better than typical (but not peak) 4G/LTE performance. Peak speeds in the 2Gbps range have been reported on both Verizon’s and AT&T’s networks — that’s 40 times better than common LTE — but seemingly under conditions that are not likely to be realistic for 99.999% of users today.

The numbers aren’t much better in South Korea, where 1 million 5G customers are reportedly seeing 111.8Mbps average and 988Mbps peak speeds, although the “average” likely includes early phones falling back to 4G whenever they can’t reach 5G towers. Notably, South Korean 5G launched without millimeter wave, so it doesn’t have the same problems penetrating windows and walls, and therefore can be used indoors and outdoors.

As we start the second half of 2019, the clear takeaway is that 5G service isn’t yet ready for mainstream U.S. customers — or even widely available — despite plenty of progress in putting up early towers across multiple major and medium-sized cities. This mightn’t yet be “the year of 5G” that was optimistically forecast back in January, but as all of the big U.S. carriers are now offering 5G service, it’s now only a question of when — not whether — it will be both available near you and capable of being used outdoors and indoors whenever it arrives.