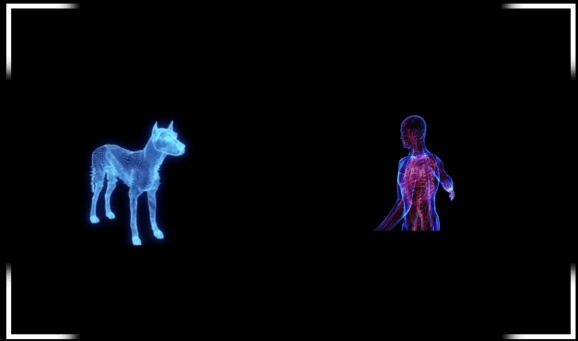 The global drug discovery market is estimated to be worth at least $35 billion, a figure that could rise to $71 billion by 2025. But taking a drug from research and development to market is a long and resource-intensive process.

A large part of this work involves rigorous testing to ensure a drug is not only effective, but safe — and this unfortunately entails animal testing, whether on monkeys, rats, mice, dogs, or rabbits. Contrary to what some may think, animal testing is not only a pivotal facet of drug development, in most countries it’s actually a legal requirement that must be completed before clinical trials on humans can commence. However, animal testing is slow and expensive, with a low success rate — it’s estimated that fewer than 10% of drug candidates tested on animals make it through the pipeline.

Against this backdrop, Verisim Life (Verisim), a San Francisco-based biotechnology startup, is setting out to build digital animal simulations to circumvent the need to test drugs on animals. While this would, of course, remove the need for cruel treatment of animals, it could also accelerate the broader drug development process and get new medicines to market more quickly and with fewer resources.

Verisim today announced it has raised $5.2 million in a round of funding led by Serra Ventures and OCA Ventures, with participation from Intel Capital, Village Global, Susa Ventures, Stage Venture Partners, Loup Ventures, and Twin. The company said it will use its new financing to support expanded partnerships in academic and pharmaceutical realms to “computationally model and support better translative research in drug development,” according to a statement. In short, the funding will help Verisim progress beyond the proof-of-concept stage and fully embed its technology in the industry.

“The cost and time of developing new medications have been growing for decades,” noted Eric Stefanich, director of preclinical research at Genentech, one of Verisim’s biotech partners for its early-stage pilot. “Modeling and simulation approaches have potential to reduce the time and cost and restore sustainability to drug development. Verisim Life has the potential to help design better drugs, predict disease outcome, and select patients who would benefit from therapies, making the dream of personalized medicine a reality.”

Verisim was founded in 2017 by Dr. Jo Varshney, a veterinarian by trade who also holds a PhD in comparative oncology and genomics. Alongside a team of scientists and engineers specializing in machine learning and computer simulation, Varshney is developing disease-specific, AI-enabled biosimulation models, designed to reflect real interactions between drugs and animals’ biological systems. This allows pharmaceutical researchers to test many more potential candidates in a fraction of the time, ensuring the drugs that eventually make it to human clinical trials are more likely to be effective.

Verisim said it also plans to create digital twins of humans at some point in the future.

“Prior to Verisim Life’s disruption in the pharma space, there was a fundamental disconnect in how medicine gets to treating the patients who need it,” Varshney said. “At the preclinical stage, animal testing is relied upon to understand how the safety and efficacy of a new drug compound will react within the human body before being used in clinical trials. This is ineffective and unsound for a few reasons — one, it takes far too long, is expensive, and wastes R&D resources. Two, it relies on trial and error drug testing that abuses animals. And three, the use of animals as a way of understanding human physiology results in further inefficiency, error (92%), and is a bit like comparing apples to oranges.”

The global biosimulation market was pegged at a relatively modest $1.7 billion in 2018, according to Zion Market Research, though this could rise to $4.6 billion by 2025. More broadly, we’re seeing increasing investment in the biotechnology drug discovery and development sphere, with a particular focus on AI.

The pharmaceutical industry and academia have long used computer models to try to predict the toxicity of drugs or drug combinations, but regulators typically still require animal studies — the bar is set high for good reason. But with major developments in big data analysis and processing — alongside advances in machine learning — biosimulation could emerge as a key tool in getting effective drugs to market more quickly.

“With our machine learning-driven approach, we are able to preflight advancements in medicine without the need for redundant trials [or] subjecting animals to the cruelty of testing, and with far better outcomes than the 8% success currently seen in medicine making it to market,” Varshney added. “More people will be able to receive the treatments they need, and our partners will see faster and verified results from their research.”