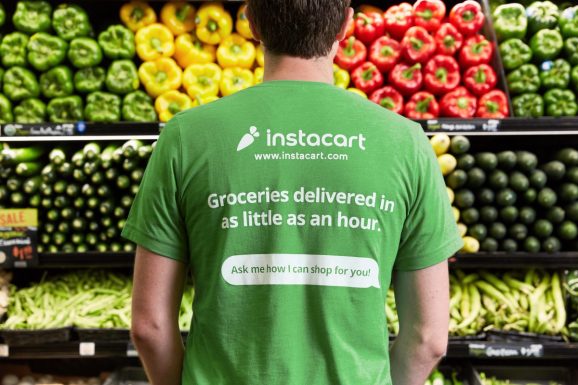 Instacart, which says the number of shoppers on its platform nearly tripled in the last year from 50,000 to 130,000, claims the benefits were informed by surveys, focus groups, and in-person sessions it conducted over the course of several months. More than 74% of participants were women and 51% had children, according to the company. And a majority said they used their earnings to help pay for everyday expenses, with 70% asserting they most value insurance, health, and family care offerings from their employers.

“Every day, shoppers are choosing Instacart as a flexible way to increase their income and earn on their own terms. These individuals shop for different reasons and play many roles outside of being a shopper — they are parents, entrepreneurs, and students, and they are as diverse as the items in the grocery store,” wrote the company in a blog post. “We’re constantly working to build better products, resources, and programs to make the shopper experience better tomorrow than it is today. It starts with learning about who Instacart shoppers are, listening to their feedback, and making incremental changes to improve over time.”

To this end, Instacart’s Shopper Injury Protection insurance aims to protect contractors in the event accidents occur during fulfillment or delivery. It’ll apply to all U.S. full-service shoppers and provide up to $1 million for medical expenses, along with disability payments and survivor’s benefits for eligible dependents. Instacart says it’s meant to complement workers’ compensation for workplace accidents, which will continue to cover in-store shoppers.

Instacart teamed up with Stride in May to extend insurance to shoppers, and this marks an expansion of their existing partnership.

“[S]hoppers have told us … that a more holistic approach to the Instacart experience would be beneficial,” wrote Instacart. “This means providing programs and perks that go beyond pay and giving shoppers the support and resources they need to thrive … This is one step in a longer journey to creating new programs and offerings that support shoppers.”

These moves come as online delivery services are ballooning in popularity, coinciding with a contraction in deliverers’ wages. Nationwide, sales at delivery app companies such as Grubhub, Uber Eats, and Postmates grew from $7.2 billion in 2017 to $10.2 billion in 2018, an increase of roughly 42%, according to a report published by research firm Technomic. Meanwhile, earnings from transportation gigs averaged $783 per driver per month in 2017, down by more than half from 2013.

Following reports detailing how Instacart used tips to cover base wages, the company said it would separate tips from compensation and give back pay dating to late last year, as well as raising minimum batch payments from $3 to $5 for delivery-only jobs and from $7 to $10 for jobs involving shopping and packing. (Instacart guarantees its workers at least $10 per job.)

Instacart has been aggressively ramping up service to compete with same-day delivery rivals like DoorDash, which raised around $800 million in funding last year. In November, it launched a new pickup grocery option — Instacart Pickup — with retail partners like Wegmans, Cub Foods, Aldi, Food Lion, Publix, and Sprouts in 25 regions around Atlanta, Boston, Charlotte, Minneapolis, Nashville, San Francisco, and Washington, D.C. It recently expanded to Canada, where it says it now serves 60% of Canadian households, and earlier this year it extended alcohol delivery to 14 states across 100 different retailers.

In the roughly seven years since its founding, Instacart has raised around $1.6 billion in funding, including $200 million and a follow-on $600 million in 2018. Instacart says it now reaches nearly 20,000 stores across more than 5,500 cities in North America and that its service is accessible to more than 80% of all households in the U.S. across all 50 states.