At IFA 2019, while companies such as Asus and Acer are going hard on 300Hz laptop displays, Lenovo is hewing more toward adding “smart” capabilities to its products. Those products are primarily laptops, with a couple of smart displays and some monitors. The underlying theme, though, is about imbuing these devices with intelligence — the tag line for the company’s announcements at IFA this year is even “Smarter Technology for All.”

It’s perhaps a wise angle; the market is crowded with gear. Arguably, some companies’ product stacks even self-cannibalize with too many SKUs that are too similar to one another. Anything that can differentiate your company’s devices and make them stick in consumers’ minds is a win. Lenovo’s approach encompasses essentially three components: piggybacking on Intel’s Project Athena technology, loading Alexa onto some laptops, and producing smart displays.

As is often the case, Intel’s technology is the main feature on this latest generation of laptops.

The updated Yoga lineup is relatively diverse in terms of specifications, but the headliners are the Yoga C940 (14- and 15-inch models) and 15-inch S740. These are the ones that enjoy the benefits of Intel’s 10th generation Core processors and Project Athena, with Intel Deep Learning Boost (Intel DL Boost) and Intel Gaussian Network Accelerator (GNA).

Essentially, Project Athena is designed to intelligently track what users need on a laptop. Machines thus equipped can wake up in under a second, are on connected standby, offer far-field voice services, and tune battery performance. They feature OpenVINO AI and WinML support, too. That’s all part of the first round of Project Athena capabilities, though; more will come in time.

Lenovo specifically mentioned Super Resolution, which upscales videos up to FHD on Windows Media Player, and Q-Control, which can enable users to boost battery life. They get Alexa capabilities, too — lock screen support, a “smart home” interface, and multi-language support.

Also included in the new laptop roundup is the Yoga C740, in 14- and 15-inch options, that also has Alexa on board and runs on an Intel 10th generation Core CPU.

The 13-inch Yoga C640 also has an Intel 10th generation processor under the hood, and it boasts a 4G LTE connectivity option. Instead of Alexa, it has Cortana on board. The C640 starts at $850. 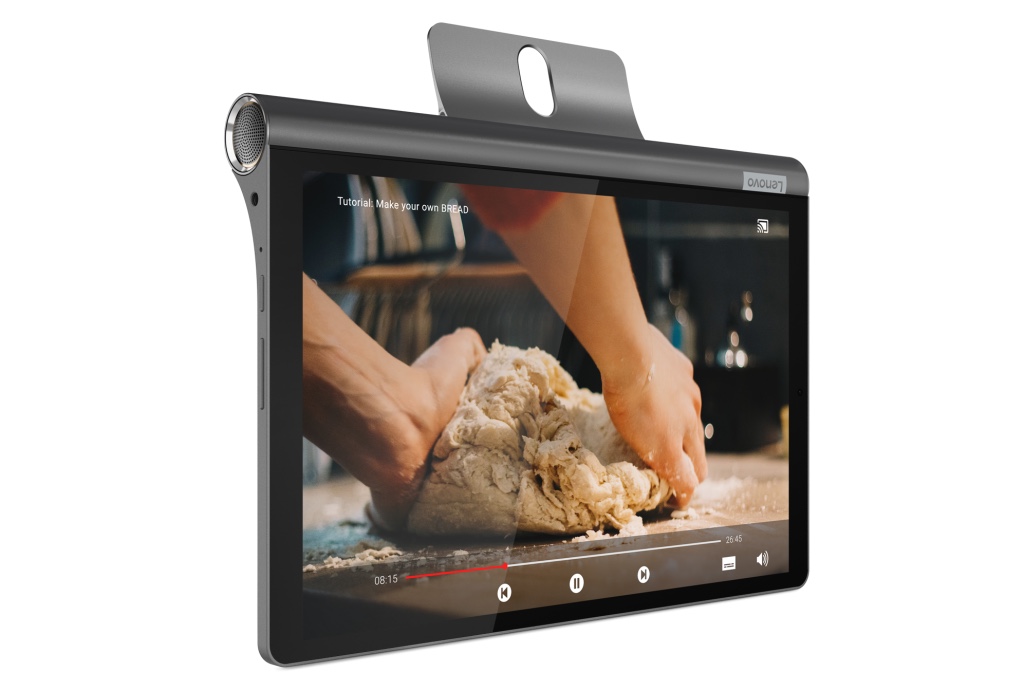 The company didn’t include many details on any of them, but all three have Google Assistant on board, and the Tab and Tab M8 include Google Assistant’s Ambient Mode, too. The Smart Display 7 is less of a tablet with superpowers and more of a tiny appliance, designed to sit somewhere like a kitchen counter or living room shelf.

And all the rest

It would be foolish for Lenovo to ignore the business customers of its laptop business, so it also announced two ThinkBooks, in 14- and 15-inch form factors. They’re designed to be budget-friendly for companies to deploy to workers and are thus not exactly sexy, but they promise privacy and security features that SMBs require. The 14-inch ThinkBook will be $650, and the larger model will be $680. 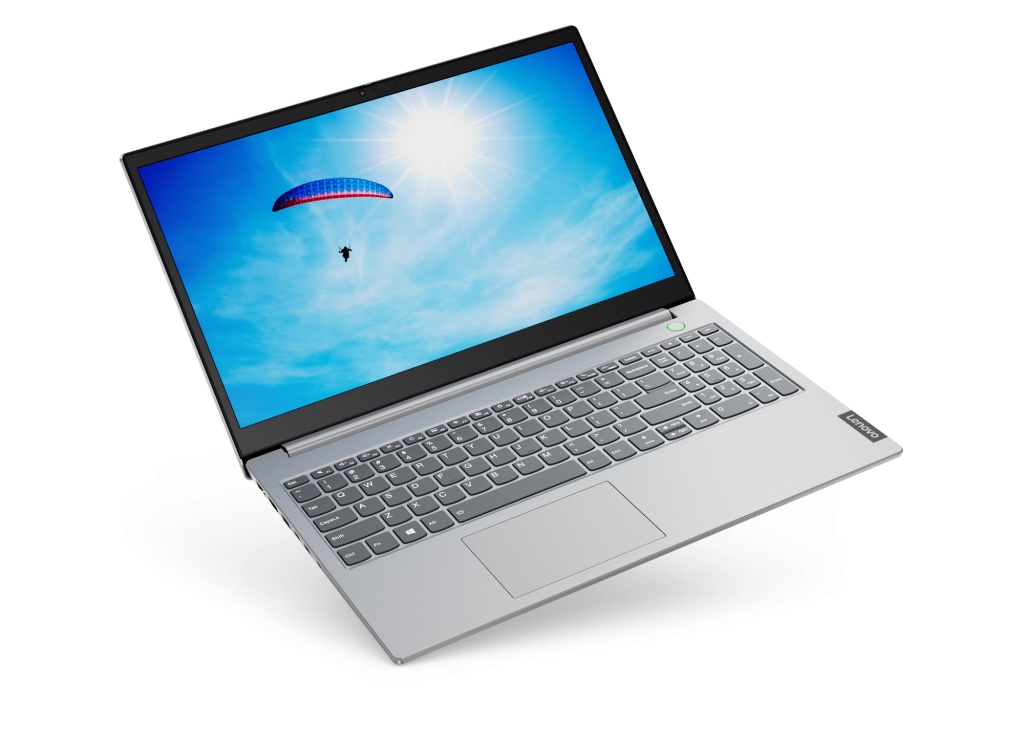 Lenovo also debuted a trio of new monitors, one for business and two for pleasure. The ThinkVision S28u-10 is loaded with technology designed to make things easier on your eyes, including TÜV Rheinland Eye Comfort Certification, flicker-free tech, “reduced reflections,” and low blue light. The 28-inch IPS monitor has a 4K UHD resolution with 99% sRGB and 90% DCI-P3 color, and it includes a 100 x 100mm VESA mount arm for eminent flexibility. Its price is to be determined. 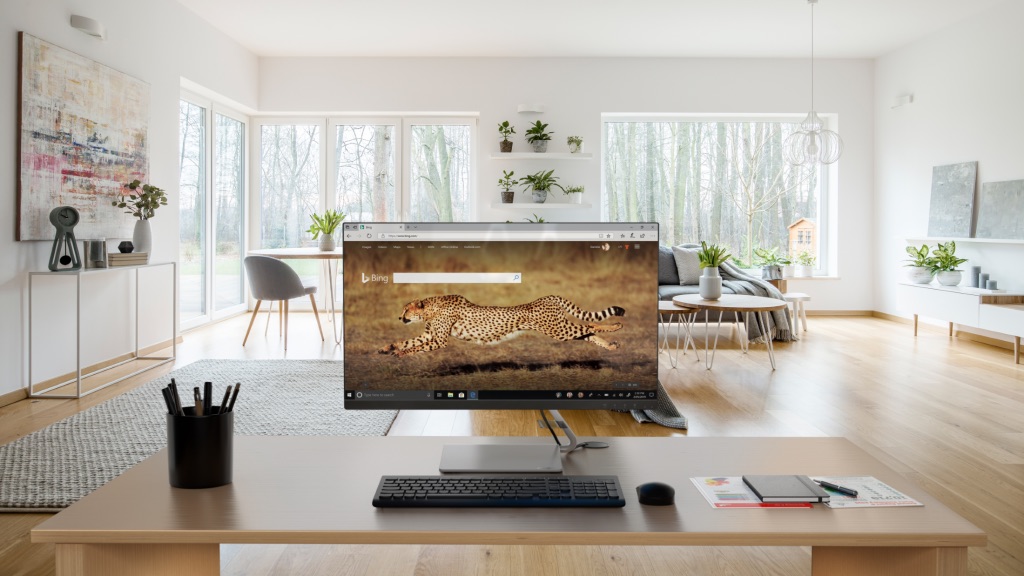 The two consumer-oriented monitors, the 27-inch Lenovo Q27q and 24-inch Lenovo Q24i,  have much of the same eye strain-relieving tech on board, as well as integrated 3W stereo speakers. Notably, they support Radeon FreeSync. Both are designed to look bezel-less, and they have a unique right-oriented stand. Both are impressively slim, at just 6.9mm thick. The Q27q offers QHD resolution and costs $300; the Q24i is a FHD monitor and costs $190.