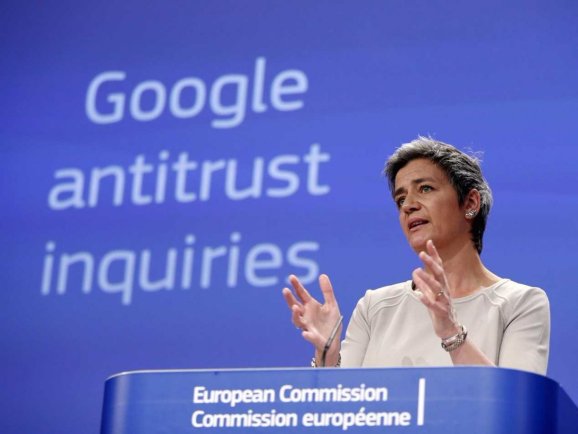 In a surprise move, the new European Commission has reappointed Margrethe Vestager to be its antitrust chief.

As Europe’s chief of competition, Vestager has over the past several years led a crusade against many of the biggest U.S. tech companies for abuses of power. But following recent elections for the European Parliament and the selection of a new European Commission, Vestager’s term was expected to come to an end.

Instead, it seems her mission will continue and has expanded to include a project called “Europe fit for the digital age,” though not many details were offered about the new brief.

“Digitalization has a huge impact on the way we live, work, and communicate,” EC President-elect Ursula von der Leyen said in a statement on Vestager’s role. “In some fields, Europe has to catch up — like for business to consumers — while in others we are frontrunners — such as in business to business. We have to make our single market fit for the digital age, we need to make the most of artificial intelligence and big data, we have to improve on cybersecurity, and we have to work hard for our technological sovereignty.”

Companies such as Google, Apple, Facebook, and Amazon face growing scrutiny from regulators around the world, even belatedly on their home turf. But Europe has been leading the fight against their digital influence for several years under Vestager’s charge.

These efforts have made her perhaps one of the most feared and influential figures in Silicon Valley.

Her highest-profile efforts include the investigation into Apple’s Irish tax breaks that found the company had dodged more than $14.5 billion in taxes. She also accused Facebook of lying to regulators to get approval for its WhatsApp acquisition. And she leveled a $1.23 billion fine against Qualcomm for a deal it made with Apple that prevented other companies from competing fairly against the smartphone giant’s chip business.

But no company has landed in her crosshairs like Google.

So far, she has levied three antitrust fines against the search giant: $2.72 billion for abusing its dominance in search to boost its comparison shopping service, a $5 billion penalty for abusing the dominant position of its Android mobile operating system, and  $1.69 billion for abusing its dominant position in search to force third-party sites to favor its own ad network while freezing out rivals. And there are indications that Google’s AI-powered job platforms are now under scrutiny.

While such actions haven’t necessarily put a dent in these behemoths’ bank accounts, they do continue to serve as a roadmap for other countries pursuing their own investigations. And in Europe they have reinforced skepticism many feel about the power these titans have accumulated over not just national business interests but users’ daily lives.