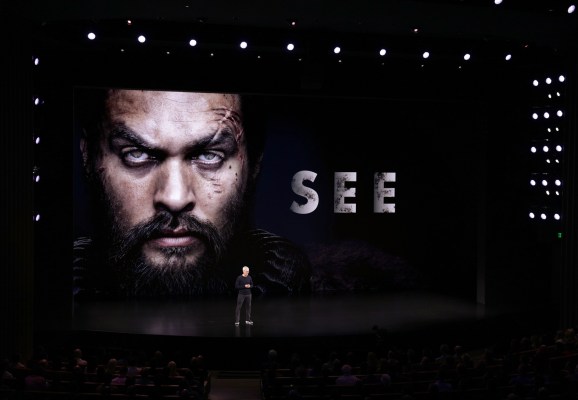 Details revealed about Apple TV+ at the iPhone marketingpalooza this week show just how far behind Apple will be when it officially enters the video streaming arena.

Even more problematic, Apple’s strategy for closing the gap with a low price and a free year for new gadget buyers could invite a new round of antitrust scrutiny.

Apple’s decision to enter the original video content game has always been a bit puzzling. Yes, the company has bottomless resources to do whatever it wants. And yes, Services are now arguably becoming its core business since iPhone sales have been stagnant for several years.

Still, Apple used to insist that it doesn’t do anything unless it can bring something unique or innovative to the table. It’s hard to see how its new paid Apple TV+ streaming service fits that description. Yet Apple is twisting itself into a pretzel to make the idea seem fresh and exciting.

In its press release, the company describes Apple TV+ as “the first all-original video subscription service and home for today’s most imaginative storytellers.”

One of my favorite things tech companies do is invent an extremely tortured and narrow definition for a category or product and then declare themselves the leaders or pioneers of that niche.

So yes, I suppose if one considers the exploding list of video streaming services, most of them offer boatloads of third-party content. And yeah, much of the Disney and Marvel and Star Wars stuff that will be crammed into Disney+ was likely in theaters first and so is not technically “original” when you stream it. And claims of “most imaginative storytellers” is just subjective enough to stir living room debates but not really warrant fact-checking.

Beyond that, however, is the glaring thinness of what is being offered at the start. The press release lists nine shows that will be available at launch on November 1. These are a diverse group, which is good but also leads one to wonder whether more than one or two shows would appeal to each customer’s tastes.

Apple promises that more content will arrive each month. Nevertheless, the initial paucity  is glaring. Analysts were praising the $4.99 cost and free year for gadget buyers as great surprises. But they now seem more like a recognition that Apple would have a hard time demonstrating the value of its offering compared to Netflix or Disney+.

Netflix, for instance, has has 850 titles that are originals or exclusive to some extent. The latter includes series like Star Trek: Discovery. In the U.S., this is a show made for CBS’s streaming service. But for the rest of the world,  it’s billed as a “Netflix Original,” meaning Netflix can boost the perception of how much “original” content it produces through such partnerships. And those titles don’t even touch the mountain of other movies and TV series on offer.

While the average person is paying $12.99 for Netflix, the size of Apple TV+’s content library makes it hard to justify paying anything for the service. Throw in the dizzying number of streaming services launching over the next year, and standing out is no easy feat. Best way to differentiate? Make it a free giveaway.

The EU will see you now

The problem with freebies is that this is just the sort of thing European antitrust regulators frown upon. Companies that use the might of their platform to enter and win in a new market are seen as bad for competition.

The EU has already accused Google of doing this three times, resulting in more than $9 billion in fines. That includes a a $5 billion penalty for abusing the dominant position of its Android mobile operating system.

Arguing that Android is free didn’t really help Google, so Apple’s strategy of using its gadgets and App Store to push Apple TV+ is almost certain to draw scrutiny. And an antitrust complaint by a rival such as Netflix, which has already jousted with Apple over the App Store terms of services, seems inevitable.

The fact that Apple has infinite resources to make original content would seem to be an advantage. Apple can afford to spend whatever it wants to win in this market, while Netflix is borrowing huge sums of money and facing constant questions about whether its growth can sustain its heavy debt load.

Netflix may be a big fish, but financially speaking Apple is a bigger one.

Circling back to the question of Apple’s motivations, it’s hard to define what success will look like for Apple TV+.

Is it the number of subscribers? Number of hours watched? (Side note: Wasn’t the company just trying to get us to spend less time with our gadgets last year?) Or is it the more subjective measure of whether any of the shows are good?

Perhaps this move is intended to goose gadget sales, but it’s hard to imagine that a streaming video service or subscription services like Apple Music or News will really be a deciding factor for someone considering a set-top purchase.

Whatever calculations Apple is making, Apple TV+ will certainly provide a bump to Services revenues. For many Apple users, another $4.99 per month may be a question of: Why not? For non-Apple users who would watch via a browser or an app on a Samsung television, the incentive seems much weaker.

In either case, the pricing and content offerings make it impossible to believe this service will be profitable in the coming years, if ever, given the huge upfront costs required. So Apple is creating a loss-leader for reasons that remain fuzzy.

As Apple becomes less transparent about its metrics and finances, it’s likely we’ll only hear cherry-picked numbers that will make all of these benchmarks difficult to assess. We won’t really know how Apple TV+ is doing or whether all the money Apple is shoveling into the content hole is achieving whatever goals it has laid out.

The rest of us will just have to continue adjusting to the idea that Apple’s future may depend less on the camera array in the latest iPhone and more on the on-screen chemistry between Jennifer Anniston and Steve Carell.