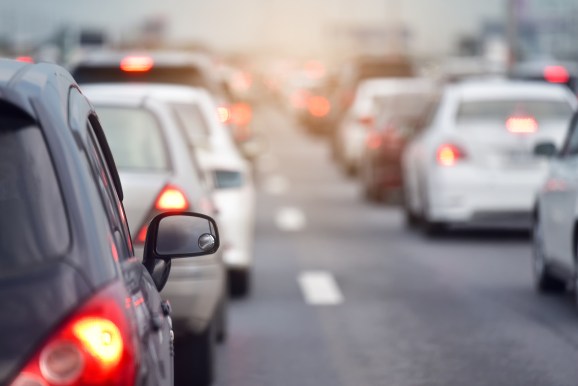 It’s received wisdom these days that car ownership is about to go the way of horse ownership. As people ditch their Fords and Toyotas in favor of shared mobility services like Uber, Lyft, Getaround, and Turbo, two-car garages will become as rare as stables. Self-driving cars will only accelerate the trend by erasing the boundaries between ride-hailing and car-sharing and making both options cheaper. Instead of buying a car, you’ll subscribe to an app that lets you summon an autonomous vehicle with the tap of a smartphone screen. You’ll never have to worry about parking or shoveling out a car from snow or any other myriad car-owner concerns ever again.

Or so the thinking goes. While some of these developments are expected in our future, they’re likely a bit further off than sensationalist headlines suggest. It is true that the rise of shared mobility has depressed car sales in recent years, and that more young people are putting off learning to drive. However, the truth is that many barriers stand in the way of a car-ownership-free future.

Adoption of self-driving cars will be geographically uneven

When it comes to self-driving car adoption, the question isn’t so much when, but where. Those who compare old-fashioned human-driven cars to horses would do well to remember that horses were a common form of transportation in rural communities in the U.S. into the 1940s, long after they’d been replaced by cars in crowded cities.

Adoption of self-driving cars will likely be geographically uneven, too — and not just because city-dwellers, with their lack of parking spots, are more likely to find the product appealing.

Right now, autonomous vehicles are tightly geofenced. For example, Google’s autonomous car division, Waymo, tests its cars in a 100-square-mile area of suburban Phoenix, and many of its competitors have testing grounds several orders of magnitude smaller. It’s simply easier to create consistent, predictable conditions in a restricted environment, and more work needs to be done before self-driving cars will be able to expand their range.

Even after self-driving cars start to cruise through entire metro areas, however, they will initially be geographically limited. Autonomous vehicles work best on a flat, defined grid in consistent weather conditions, which is why the Southwest has been ground zero for testing. It will be a while before self-driving cars can navigate winding mountain roads or a harsh northern winter — which means it’ll be a long time before we see the end of car ownership in the hills of New England or even on Chicago’s snow-covered grid.

Yes, the end of car ownership could be coming to your town soon — but only if it has good roads and clear weather.

We don’t have enough engineers to build self-driving cars

However, a severe talent shortage may keep many of those positions unfilled, retarding the growth of the industry for the long-term. Right now the number of self-driving car engineers worldwide is only in the four figures. Important qualifications for self-driving car engineers include familiarity with robotics, knowledge of car mechanics and manufacturing, and the ability to code in languages like Python and C++. Assuming that demand for self-driving cars increases as quickly as expected, an industry lacking enough workers with these skills might have trouble scaling up to match demand.

When packaging new technologies, we humans tend to stick with what we know. The first automobiles were literally “horseless carriages” — they looked exactly like the horse-drawn conveyances they were meant to replace. It took a few decades of experimentation before automakers settled on a form that looked anything like the sleek, mass-produced cars we have today.

It’s possible — likely even — that the format of self-driving cars will also need to evolve before they really take off with consumers. By freeing passengers from any obligation to monitor the road, the self-driving car could free itself to take on a different shape from today’s automobiles.

The type of autonomous vehicle that finally becomes ubiquitous might have no windows and have an interior covered with TV screens. It might be a mobile living room that detaches from your house when you want to travel. It might be a “commuter pod” with a single seat that whisks you away on a solo journey to work. Or the roads might eventually be crowded with these and many other specialized forms.

Whatever self-driving cars end up looking like, they’ll need time to evolve into their final form. The models that appear on our roads in the next 2-3 years probably won’t be the ones that are eventually adopted on a grand scale.

We’re not ready to let go of safety drivers

Even when self-driving cars operate in geofenced test areas today, they still almost always have safety drivers at the wheel. These aren’t members of the general public but volunteers or employees who have been specially selected and trained to supervise a car’s operation. We are still pretty far from a scenario where completely unmanned vehicles cruise the roads. And until we get to that point, we won’t see subscription services for self-driving cars start to scale — and we definitely won’t see the major shifts in ownership patterns that have been predicted.

It’s unclear how long it will be before companies and the general public become comfortable with vehicles that are completely unmanned. The history of the elevator — which some consider to be the world’s first autonomous vehicle — might shed some light. Most elevators continued to have human operators many decades after they became unnecessary, simply because passengers felt uncomfortable operating the machines alone.

It’s not unlikely that the first passengers of self-driving cars will also want the automotive equivalent of an elevator operator on hand as a psychological buffer. For a long time still, we will see “self-driving” Lyfts and Ubers with “drivers” still at the wheel — even if their hands aren’t on it.

Eventually, most of these obstacles will be overcome. We’ll build a better talent pipeline for self-driving car engineers, and some of those engineers will figure out how to make autonomous vehicles work on winding roads and in bad weather, broadening their geographical scope. As technology improves, so will public confidence, and self-driving cars without safety drivers will hit the road. Designers will continue to iterate on self-driving car designs until they hit on one — or a few — that stick.

However, in all the excitement over the potential of shared mobility to transform society, we shouldn’t lose sight of the fact that change rarely happens on the timeline we expect. Adoption of mobility technologies like the automobile and the elevator took a generation or more. I’m personally not throwing away my own car keys yet.

David Silver leads the Self-Driving Car Engineer Nanodegree Program at Udacity. Previously, he was a research engineer at Ford Motor Company and spent a decade working at Silicon Valley startups.