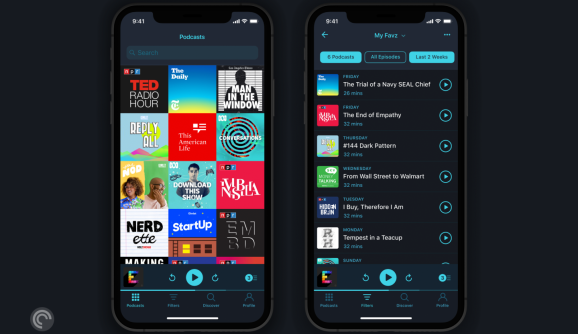 Podcasting has emerged as a force to be reckoned with in the digital media realm. The recent annual Infinite Dial report from Edison Research and Triton Digital showed that 51% (144 million) of the U.S. population had listened to a podcast at some point, up from 44% on the year previous. More specifically, 32% of the U.S. population aged 12 and over had listened to a podcast in the past month, up from 26% on the year previous.

The rise in podcasting’s popularity can be attributed to a number of factors — both Google and Apple are investing heavily in podcasting through apps and content, while the mighty Spotify has doled out some $400 million in acquisitions this year alone as part of its podcasting push.

But podcasting has been around for a long time, and a number of independent players have managed to build businesses off the back of the growth of spoken word audio content. One of those is Pocket Casts, which has built a reputation as one of the best so-called “podcatcher” apps — so much so that NPR and a bunch of other public radio stations acquired the app last year. Today, Pocket Casts announced a notable overhaul of its business model, as it looks to capitalize on the growing appetite for podcasts.

So far, Pocket Casts has charged its users a one-off fee of $4 to download the app from Google Play or Apple’s App Store, while those tethered to their desktop could pay $9 to listen on their PC. After that, everything was free forever. Now, however, Pocket Casts is switching to a freemium model — the mobile app will be completely free to download and use, after which users can choose to pay $0.99 per month or $10 per year to access Pocket Casts Plus. The paid-for premium plan will unlock access to the desktop and web apps, a suite of exclusive themes and app icons, and cloud storage for “custom audio and video files.”

Those who have locally stored audio and video files, be it music, audiobooks, or anything else, will now be able to use Pocket Casts as the media player for those files. However, those on a paid plan will also be able to store their files on Pocket Casts cloud, meaning they can access all their audio content across platforms. 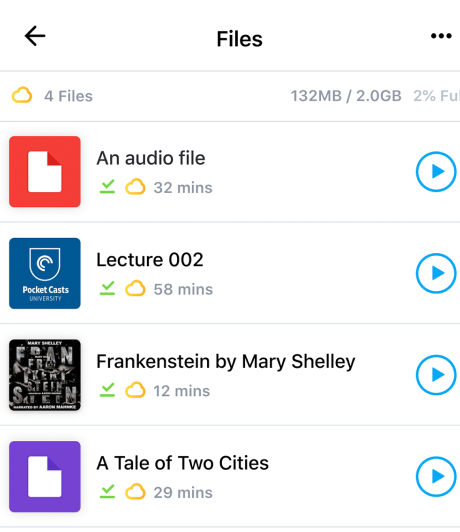 This also raises questions for those who have previously paid for the web or desktop apps — will they be forced to upgrade to a Plus subscription to continue accessing Pocket Casts through their Mac or PC? Eventually, they will — however the company is giving those users three years’ worth of free access to Pocket Casts Plus.

It’s clear that the business model behind podcasting is shifting, as companies begin to wrestle with new ways to monetize beyond advertising. Earlier this year, a New York-based podcasting platform called Luminary launched after raising $100 million in funding — similar to other podcatcher apps, it offers the usual library of shows aggregated from myriad publishers. However, Luminary also offers an $8/month subscription that unlocks exclusive and original podcasts sans advertisements. This “Netflix for podcasts” model has led to some concerns that this is the beginning of the end for podcasting as we know it — walled gardens requiring separate subscriptions to access all the podcasts. Certainly, exclusive podcast content is one approach that Spotify is adopting too, and although this isn’t yet paywalled, it is further evidence that platform owners are morphing into content owners too.

Owen Grover, who became CEO of Pocket Casts last May following its acquisition, has previously questioned such moves, suggesting that podcasting as a medium may not be mature enough to switch from ad-supported to something that looks more like Netflix. Although Pocket Casts is switching to a subscription business model, it’s worth highlighting the core difference here — the content itself isn’t being put behind a paywall, just premium features.

“The podcast industry needs business model diversity, but I don’t believe that paywalls are the long-term answer,” Grover told VentureBeat. “Mostly because a paywalled podcast industry does not benefit the vast majority of listeners or the hundreds of thousands of creators out there. It’s important that someone stands up for the independent voices and the important stories these creators bring into the mix. Public media has served as a defender of these voices through traditional media, and in partnership with our public media ownership, we’re now doing the same.”

One thing is clear, though: The podcast industry will continue to grow. A recent report from PwC and the Interactive Advertising Bureau (IAB) suggested that U.S. marketers spent nearly $500 million to advertise on podcasts last year, up 53% on the year previous. This figure is expected to hit more than $1 billion by 2021. Resistance to new business models that strive to capitalize on this could ultimately be futile, but Pocket Casts wants to do its bit to ensure that “free and open” access to podcasts continues.

“Pocket Casts is built for podcast fans, by podcasts fans,” said Grover. “Since we launched in 2010, we’ve been obsessed with the user experience and have consistently delivered powerful and intuitive features to the medium’s most passionate fans. In today’s rapidly evolving audio landscape, it’s important we stand for free and open access — not walled gardens — to grow the medium while delivering the world’s best listening experience.”