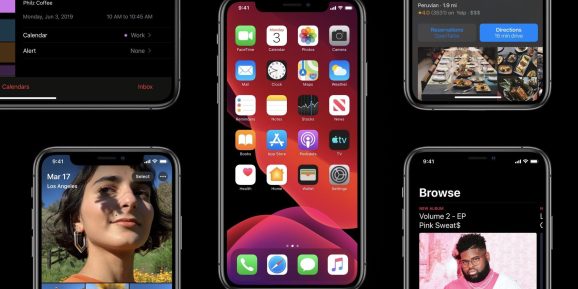 After setting an unusually rapid schedule for the first major update to this year’s major iOS release — version 13.1 was set to launch only 10 days after version 13, on September 30 — Apple said last week that it was pushing up the release to today, September 24. Now iOS 13.1 is officially available for download, alongside the new version of iPadOS for iPad users and tvOS 13 for Apple TVs.

The point release brings a collection of bug fixes to early adopters of iOS 13, as well as several features that were left out of the major release at the last minute. Dual-Bluetooth audio sharing, support for additional HomeKit device icons, and automated rather than just manual Shortcuts are among the more noteworthy additions, along with alpha channel support for HEVC video recording and other features that could improve iPhone 11 and iPhone 11 Pro camera app performance.

Apple’s other operating systems are in various states of completion at this point. macOS Catalina’s ninth beta is out for developers and is expected to go final next month. On the Apple Watch front, the first beta version of watchOS 6.1 was recently released, notably omitting some new watch faces while addressing bugs from watchOS 6.

iOS 13.1 and iPadOS 13.1 are available now as over-the-air updates through Apple’s Settings applications’ Software Update menus. Mac and Windows users will be able to do straight-from-computer updates as well using iTunes or macOS Catalina’s integrated update system. tvOS 13 can be downloaded directly from Apple TVs.