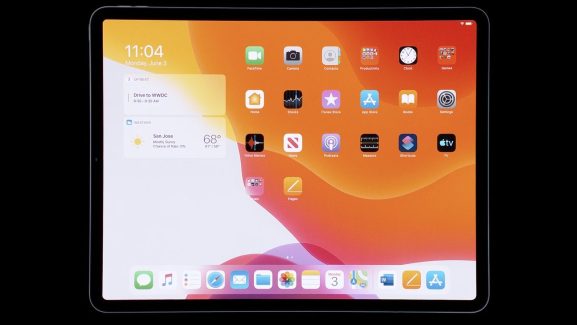 Shortly after Tuesday’s release of iOS and iPadOS 13.1, Apple confirmed that a bug in the new operating systems enabled some third-party keyboards to access iPhone and iPad data without the user’s permission. Though there was no specific timeline for a fix, the company today released versions 13.1.1 of both operating systems, addressing the problem — and several other bugs.

According to Apple, the keyboard issue affected plug-ins such as Google’s Gboard and Microsoft’s Swiftkey, enabling “keyboard extensions [to be] granted full access even if you haven’t approved this access.” Apple released its own alternative to Swiftkey in iOS 13.0, a swipeable keyboard that’s turned on by default, making gestural typing easier while seemingly reducing the accuracy of traditional keyboard taps.

Release notes confirm that the new update “fixes a security issue for third-party keyboard apps,” as well as resolving unspecified issues that “could cause battery to drain more quickly” and might prevent restoration of an iPhone from a backup. The patch also apparently fixes issues that reduced recognition of Siri requests from the latest iPhones, caused Reminders to sync slowly, and re-enabled Safari search suggestions even after they were turned off.

The 13.1.1 updates are available now through Apple’s over-the-air software update mechanisms on iPhones and iPads. Devices running 13.1 will need approximately 108MB of space for the in-line update, compared with a 3.29GB full download for an upgrade from iOS 12.