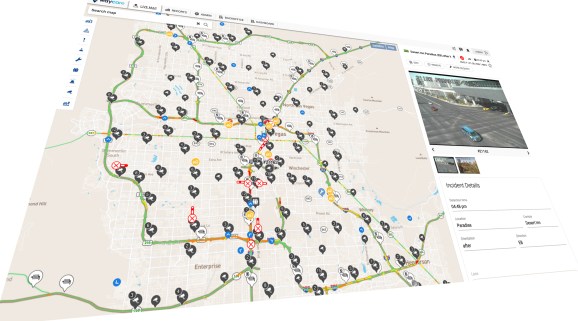 Big data and machine learning have emerged as fundamental tools for companies and cities looking to unlock insights into people and places, enabled by the myriad connected devices that now permeate society.

In a similar vein, Israeli startup Waycare has been setting out to help city planners make better-informed traffic-management decisions. It does so by tapping historical and real-time data inputs from connected cars, telematics, roadside cameras, fleet management platforms, public transit services, construction projects, and even weather forecasts to build a more complete picture of what’s happening on a city’s thoroughfares. Individually, these various data sets can do little to help municipalities make planning decisions, but the sum — as the saying goes — is far greater than its parts.

When the data is combined and machine intelligence is applied, it yields a deeper insight into what’s happening at street level across a city. Is one particular road more congested than usual, for example, and if so, why? 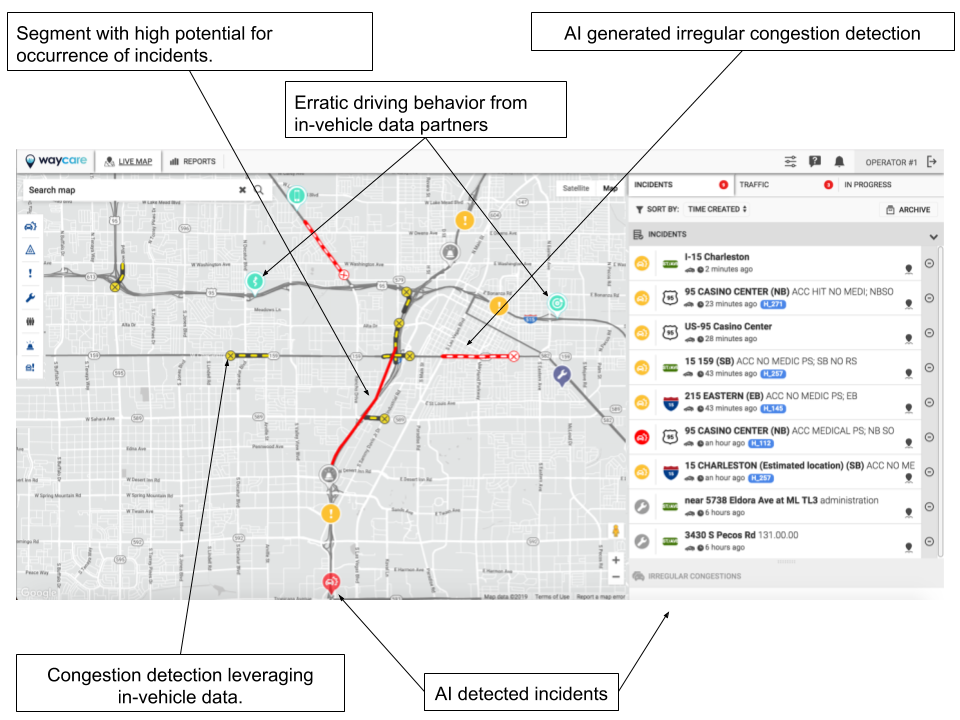 AI’s role here essentially involves training Waycare’s algorithms to parse historical data around road behavior and then apply that understanding to real-time traffic data to identify any anomalies. It can then try to figure out whether those anomalies are road incidents worth addressing.

From the city’s perspective, Waycare’s interface shows a live map of incidents in a specific area, with connected cameras enabling the user to switch to a live view of a scene if a crash or other event is detected. This could expedite response times for emergency vehicles, for example, while also enabling better communication between various agencies that need to see what’s happening in real time. 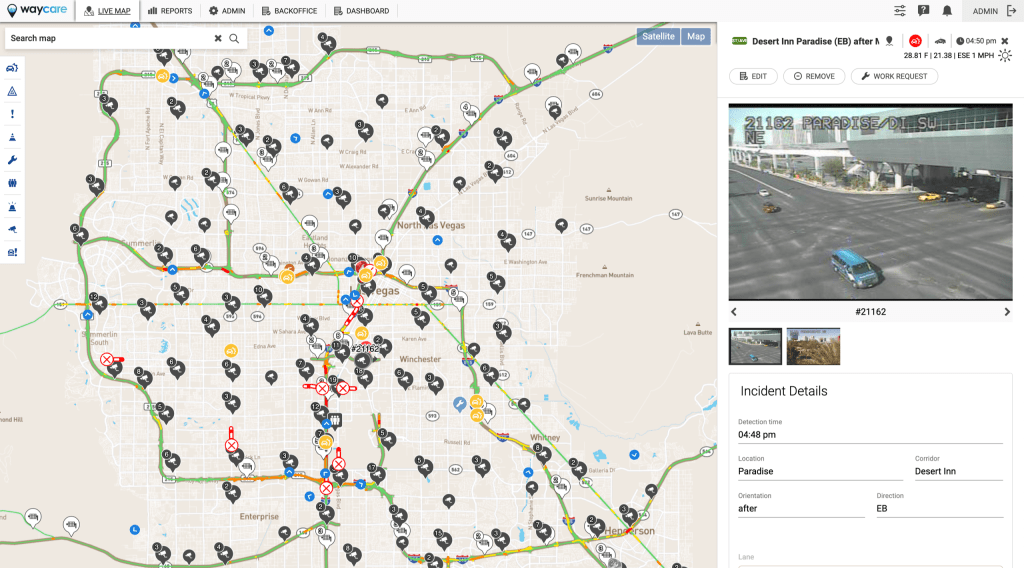 All this data can also be used to inform key decisions at the city level. Correlations can be drawn between traffic light changes and congestion, for example, and neighborhoods that are more prone to erratic driving might be flagged for additional speed cameras or police presence.

Founded out of Israel in 2016, Waycare also has an office in Los Angeles that has managed most of its state rollouts across the U.S. These include Southern Nevada, where it launched in 2017, followed by Florida and Ohio, among others. To help expand its platform into more markets globally, Waycare today announced that it has raised $7.25 million in a series A round of funding led by SJF Ventures, with participation from Next Gear Ventures, Spider Capital, Innogy, Goldbell, Zymestic Solutions, UpWest, and Janom.

“Over the past decade, we’ve seen a transformation not only in the amount of data coming from various mobility modes, such as connected vehicles, but also in the advancement of artificial intelligence technologies to interpret and learn from data,” said SJF Ventures partner Dan Geballe. “Waycare is a prime example of how AI can be deployed in the public sector to better leverage data and existing infrastructure to improve outcomes — in this case reducing traffic, injuries, and deaths on the roads.”

Waycare has secured a number of notable partnerships since its inception, including with fellow Israeli company Waze, which is owned by Google. The duo entered a data-sharing pact last year, giving Waycare access to Waze’s crowdsourced navigation data while allowing Waze to access data from Waycare, such as road hazards, disruptions, or other unforeseen incidents. Waycare has also previously teamed up with Ticketmaster, which contributes data that can have a big impact on traffic — such as expected crowd numbers for major events.

“Transportation agencies across the world are grappling with the burden of improving traffic safety and congestion that affects their city’s residents, while at the same time meeting the demands of rapid changes in the mobility sector,” added Waycare CEO Noam Maital. “Waycare is fortunate to be at the crossroads of serving the public sector while partnering with the wider mobility ecosystem to help cities and states build the next generation of transportation operating systems.”