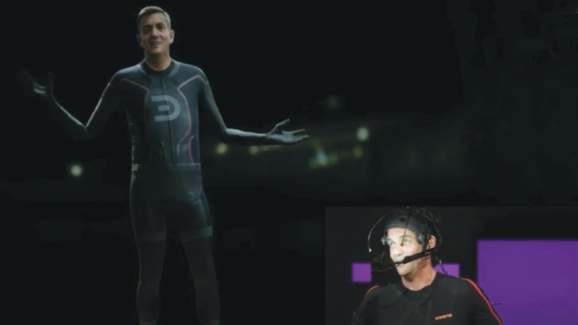 Apple’s ARKit already has many of the fundamentals in place to help developers create augmented reality experiences — this year’s release of ARKit 3 added RealityKit and Reality Composer tools focused on easing the process of adding virtual objects and environments to real world spaces. Now it appears that Apple’s next step could be virtual people.

Following legal filings in the U.K. (via MacRumors) that showed an Apple attorney becoming an iKinema director in mid-September, and a subsequent change of address to the same location as Apple Europe, Apple confirmed today to The Financial Times that it has acquired iKinema — the company famously doesn’t confirm specifics about most of its “smaller technology company” purchases. Since the purchase wouldn’t make sense as a way to keep supplying various Apple competitors with kinematic tools, there has to be another motivation.

Bringing realistic human motion to ARKit and a wide variety of Apple AR-capable platforms makes the most sense, and there’s a particularly interesting set of AR applications that Apple could target: AR avatars. We covered iKinema last year when it worked with Japanese media company Gree to let YouTubers appear as virtual dolls within videos. Armed with little more than an HTC Vive headset and motion-capturing cameras, people could transform themselves into animated characters to narrate or participate in videos without showing their real faces. It was cool but arguably purpose-limited technology.

Samsung took the same basic idea to a different level at its Galaxy Unpacked event in August. Armed with a depth-sensing Galaxy Note10 camera, a demonstrator 3D-scanned a stuffed animal, then used a real person’s motions to bring the animal to life with no apparent extra effort. All the work was handled behind the scenes — in the phone — with advanced kinematic and computer vision tools that live-translated human movements into a skeletal structure for a doll.

iKinema’s work on the same concept was shown this May, as visual effects studio Digital Domain showed off “DigiDoug” (shown above), a completely realistic-looking digital person whose facial and body movements were being performed by a human engineer. At the time, the company said that the technology would be used for everything from digital replicas of real humans to virtual characters, virtual assistants, and VTubers (virtual YouTubers).

Now the tools are in Apple’s hands, which — if it follows past precedent — will likely lead to meaningful ARKit improvements a year or so from now, focused on bringing digital people into AR apps and games. But it could also improve Apple’s Memoji avatars, evolving them past heads into fully animated bodies, and potentially help developers make more realistic characters for their cross-platform iPad, iPhone, Mac, and Apple TV games.

Stay tuned, as AR avatar technology appears to be an emerging battleground for every major tech company from Facebook to Samsung, as well as smaller players such as Xiaomi. Acquiring one of the leading players in kinematic animations may have just given Apple a virtual leg up on its rivals.