Apple’s iOS 12 addition of Memoji — personalized “me” versions of its Animoji animated emoji — isn’t exactly novel. Video game makers realized the potential of avatars over a decade ago: Nintendo debuted Mii characters for the Wii back in 2006, and both Microsoft and Sony followed suit with avatars in 2008. So after Apple showed animal-focused Animoji last year, Samsung naturally responded with human AR Emoji. Apple’s eventual human response was inevitable.

Having played with Memoji for the past week in the first beta of iOS 12, as well as some of the prior avatar creation systems on game consoles, Apple’s decision to finally embrace this concept strikes me as highly familiar — yet still timely. Avatars started to make sense for video games a decade ago, but they haven’t had an obvious purpose on smartphones, tablets, or personal computers until recently. Now that VR and AR are starting to become popular and 5G phones are on the cusp of offering holographic video calling, it makes sense to have a 3D version of yourself ready for communications.

Memoji is a strong first step in the right direction for Apple. Apart from the absence of a feature that automatically analyzes a photo for a first stab at mimicking you, Apple’s tool for creating a personalized cartoony version of yourself is easy to use. You start with a bald yellow head; change the skin, hair, and eye colors; add hair, glasses, and/or earrings; and tweak eye, nose, ear, chin, and cheek shapes. 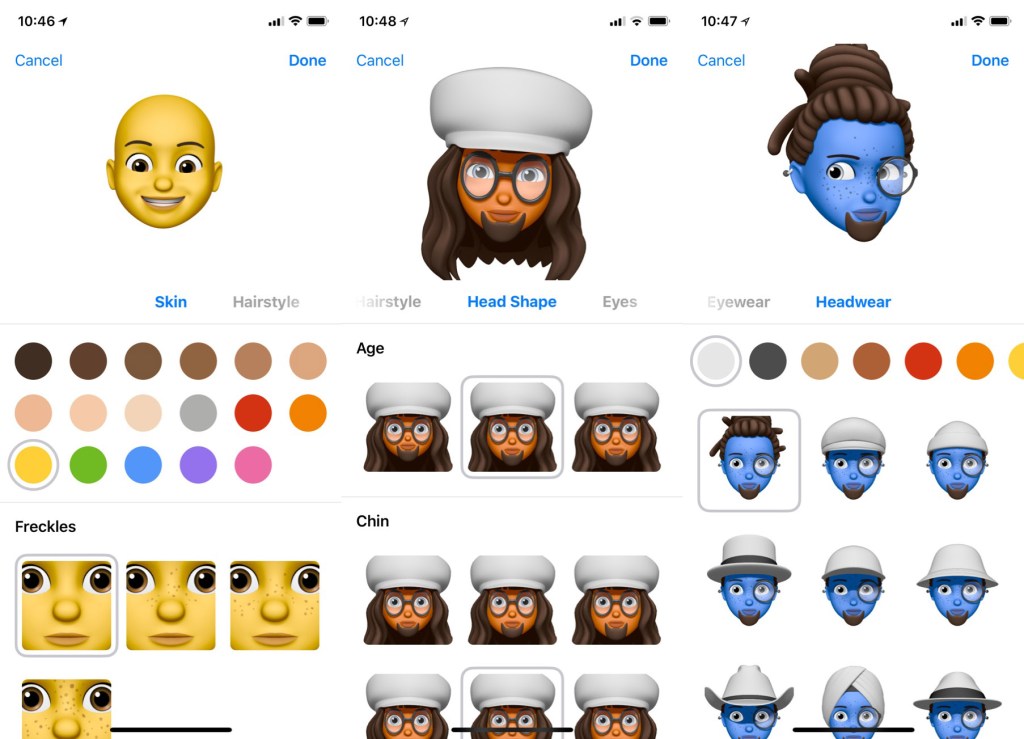 While additional customization options would certainly be welcome, the current tool can mimic a wide variety of human faces, or go as decidedly alien as characters from Guardians of the Galaxy. That said, you don’t get to create a body, and since the tool is entirely focused on emoji-style faces, Apple’s current implementation tends to create cherubic rather than realistic results. 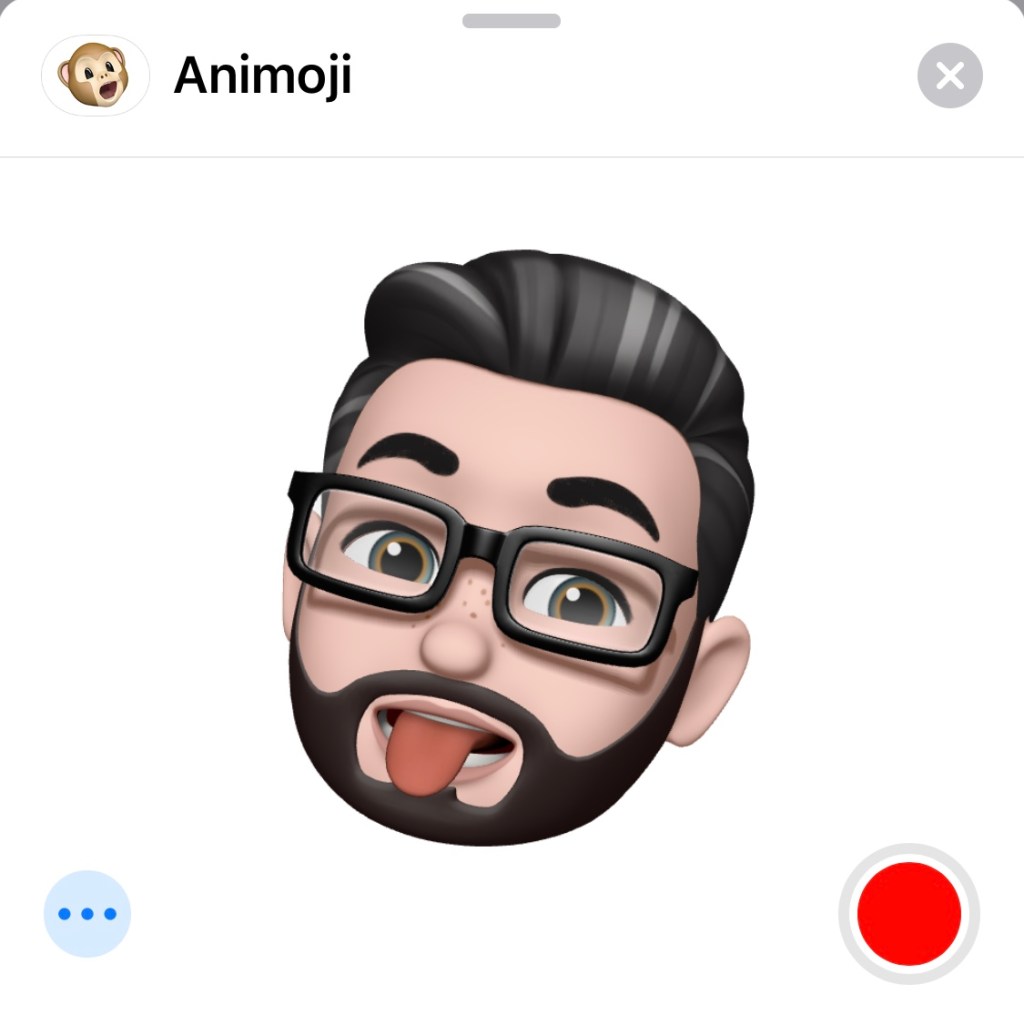 The key difference between Memoji and most earlier avatars is that Apple’s TrueDepth camera hardware enables your face to move a Memoji’s mouth, eyes, head position, and tongue, with the iPhone X providing reasonably good head and facial tracking. You can overlap your head with a Memoji during a FaceTime call, send a video to a contact where the Memoji’s lips generally sync with your voice, or shoot a single picture off in place of an emoji. It’s not hard to imagine a day when Messages or FaceTime conversations between two or more people will take place entirely with avatars rather than with texts or live video. 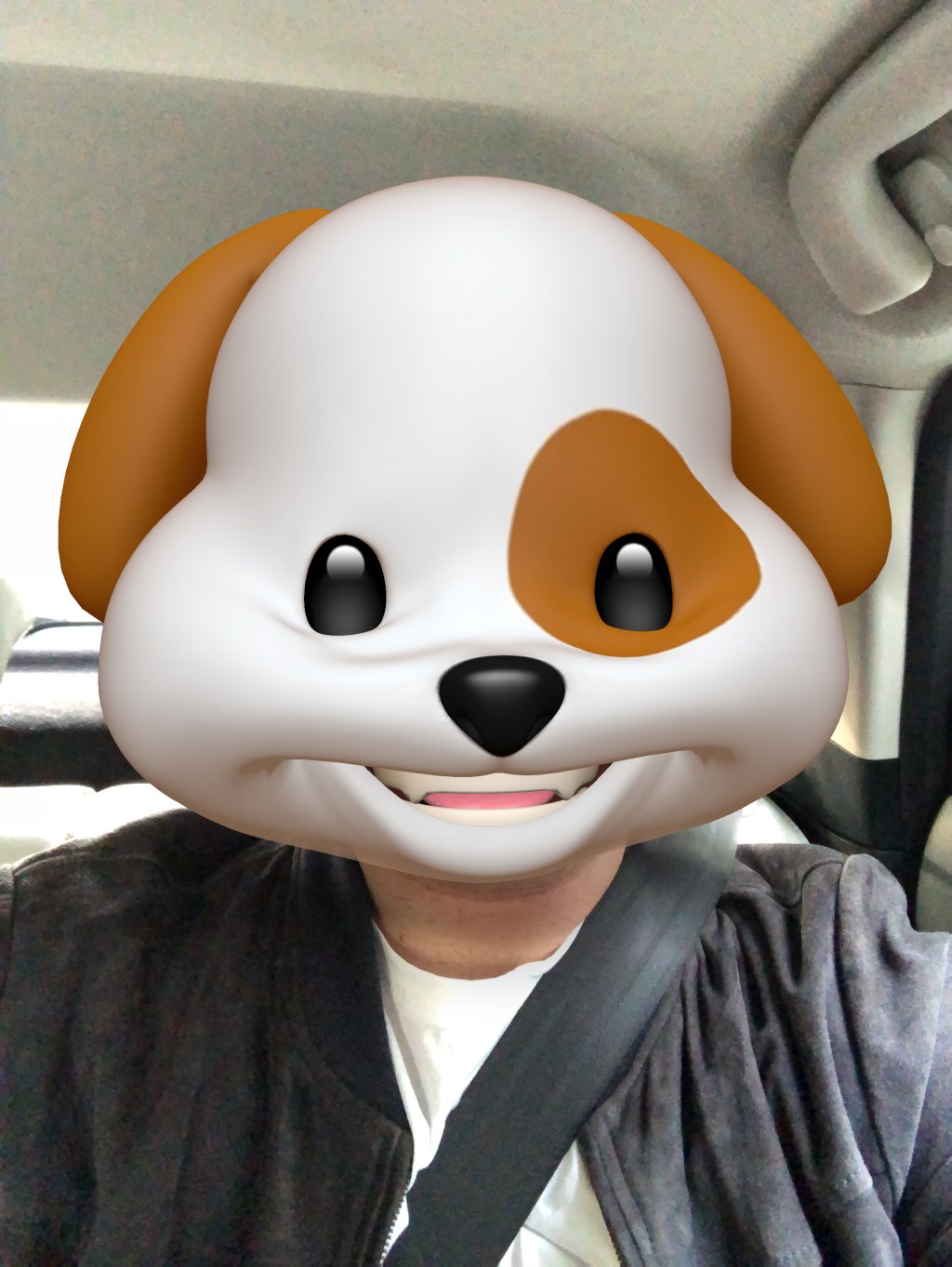 That’s particularly appealing given that companies are working on holographic video calling — calls that depict you, your caller, and both of your surroundings with full 3D depth. Pulling this off with humans will require multiple depth-sensing cameras on various angles, but doing it with computer-generated avatars will be much easier. Today’s Memoji are over-the-top cartoony, but as Facebook recently showed at its F8 conference, Facebook Spaces cartoon avatars (below) have evolved over time to become increasingly detailed and realistic. From my perspective, the biggest problem with Memoji is the exceptionally limited range of hardware currently required for the feature. As of today, it works solely on the iPhone X, and even though there will be other brand new iPhones and iPads with TrueDepth cameras come September, the biggest potential audience for this feature is young people.

My kids immediately wanted to create Memojis and most certainly would be using them daily if their iPad minis supported the feature. But they’re not getting new iPads this year, and it’s unlikely that any non-Pro iPad model will have Memojis until at least next spring, maybe longer. They’re not getting their first iPhones, either.

And they’re far from the only kids who will feel this way when Memojis arrive for the general public in September. Apple has created a new offering that has a lot of mass appeal — the problem is that its most likely customers are in no position to afford the devices that support the feature. My hope is that Apple brings Memoji to earlier devices, as well, regardless of whether the sophisticated TrueDepth AR functionality is included.