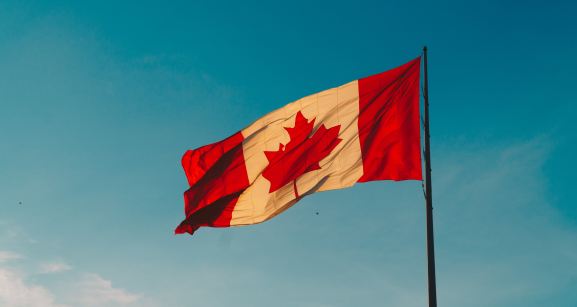 Canadian immigration officials are denying travel visas to a large number of AI researchers and research students scheduled to attend NeurIPS and the Black in AI workshop, event organizers said. Those denied entry include Tẹjúmádé Àfọ̀njá, co-organizer of the NeurIPS Machine Learning for the Developing World workshop.

Neural Information Processing Systems (NeurIPs) is the largest annual international AI conference in the world, according to the AI Index 2018 report. The conference is scheduled to be held December 8-14 in Vancouver, Canada.

On Tuesday, Black in AI cofounder and Google AI researcher Timnit Gebru said 15 of 44 attendees planning to join the event’s December 9 workshop were denied entry. Many cited immigration officials’ fears that they would not return home.

This never ends. This year, so far, 15 out of 44 people to attend @black_in_ai workshop at @NeurIPSConf (which is still in Canada) have been denied visas. That's 33%. We had all this press last year, they were supposed to help us this year.

This is the second year the conference will be held in Canada. Last year, nearly half of Black in AI workshop attendees were also denied entry to Canada, Gebru said. As is reported by attendees year, Canadian immigration officials in 2018 voiced concerns that attendees wouldn’t leave the country when the conference was over.

No Canadian government has been as proactive as the current administration in fighting discrimination and promoting inclusivity, Bengio said, something he’s seen in his work as a professor. He hopes the visa issues are the result of embassies outside of Canada taking a long time to integrate the message from the government in Ottawa.

“If the immigration services don’t change their ways, it is clear that it will deter international conference organizers from organizing their events in Canada. It would also hurt the image of Canada, which this government has put forward as a place welcoming to immigrants and with the fight against discrimination and bias high in its priorities,” Bengio told VentureBeat in an email.

In an MIT Tech Review interview about a year ago, Bengio called travel restrictions placed on African AI researchers traveling to AI conferences — which are frequently held in the U.S. and Europe — unfair and a serious problem.

A Canadian immigration spokesperson declined to respond to questions about individual travel visa applications but said NeurIPS organizers have been in touch since May and supplied a list of conference attendees on October 21 and November 2. Officials noted that a broad range of factors are considered when an individual applies for a travel visa, such as travel documents, the financial means of an individual or their family, and the economic state of a person’s home country.

VentureBeat reached out to a NeurIPS organizing committee spokesperson to find out whether any other researchers planning to the attend the NeurIPS conference or affiliated workshops are experiencing similar denials but did not receive a response before this story was published.

Citing the experience of AI researchers attempting to travel to major AI conferences, the Partnership on AI — a conglomerate of major AI companies and humanitarian organizations — in September called for countries to create special travel visas for AI researchers, like the kinds some have created for doctors or entrepreneurs.

Interviews and analysis that accompanied the call for a change in visa policy found AI researchers from Africa, Asia, and Eastern Europe have reported challenges obtaining travel visas to attend AI conferences. People also raised concerns that denial of a visa can rob both the individual declined entry and the wider AI research community, which convenes at conferences to share insights, collaborate with colleagues, and review the latest state-of-the-art or novel AI systems.

“As noted in our visa policy paper, today’s visa application systems constrain the diversity of ideas needed for scientific progress and responsible AI. Governments should consider practices which accelerate reviews of visa applications, create AI visa classifications, train officials in the language of emerging technologies, and empower officials to assist applicants in resolving discrepancies that may otherwise lead to a denial or delay in approval,” Partnership on AI director of policy Lisa Dyer said in a statement provided to VentureBeat.