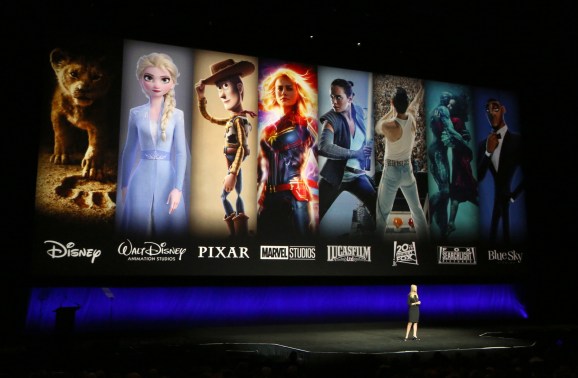 The past few weeks have seen a number of big news announcements in the rapidly evolving streaming landscape — most notably the highly publicized launch of Apple TV+ and Roku’s stock thumping.

Disney’s arrival to the battlefront tomorrow is perhaps the most anticipated streaming development in years. There are three races to watch as the House of the Mouse enters the field, and there is good reason to believe Disney not only came to play but came to win all three.

On the content side, Disney has big plans for its streaming service and is looking to invest more than $2 billion in original programming to bolster its already strong library. Unlike the soft (some would say weak) content launch Apple TV+ debuted with last month, Disney+ launches with more than 500 movies and 7,000 episodes of television. Compare that to the one original movie and nine shows Apple has planned for 2020, and you begin to see the Hulk-sized content advantage Disney brings to the table. If content is king in the streaming wars, Disney would appear to own the castle.

The company plans to generate dozens of original series and movies for the platform, including the highly anticipated Star Wars themed Mandalorian and a slew of Marvel and Pixar based shows. Here we see one of Disney’s key content advantages – its ability to leverage the network effects of the broader business to drive streaming engagement.

Disney plans to tie its streaming originals directly into its motion picture franchises, according to Marvel’s chief creative officer Kevin Feige, who shared recently that “if you want to understand everything in future Marvel movies, you’ll probably need a Disney+ subscription, because events from the new shows will factor into forthcoming films.” This “connected” strategy appears to be working already with Disney’s built-in and energized fan base as polling shows consumers are twice as likely to select Disney+ as they are services like Apple TV+.

The second front in the streaming wars is the battle for distribution. Here too Disney has leaned into its deep marketing and consumer insights business to develop a compelling launch strategy that has many analysts believing the company will reach 90 million subscribers by 2024. On day one, Disney+ will be available for free for one year to every Verizon customer, providing a built-in subscriber base of more than 20 million users. Importantly, this also gives Disney+ a strong mobile play. Mobile streaming is exploding in growth, and Disney’s ability tap into the always-connected mobile streamer at massive scale is a key advantage.

When it comes to the battle for the connected living room being waged by the likes of Amazon and Roku and Apple TV, Disney once again has outflanked everyone taking the “be everywhere” approach to platform distribution. Disney+ will be available on nearly every service (including Amazon, Roku, and Apple) and will be built into nearly every major smart TV’s app store, providing near universal market penetration.

Importantly, Disney+ will also be available globally, again leveraging the network effects of its business – in this case the international appeal for the Disney content — to drive streaming adoption globally. In this regard, Disney+ appears to be the only truly scaled competitor for Netflix outside the US for at least the near future.

And while the Netflix horse race comparisons are to be expected, in the connected television landscape the “who will dethrone Netflix” battle is not the only race unfolding. While competing for share of consumer time with other streaming services is important, the most important target for Disney are the millions of uninitiated streaming households the company is uniquely positioned to convert.

Forty-eight percent of US consumers today are still sitting on the edge of the streaming content ocean waiting to dip their toes in. They have looked at all the providers, some for years, and hesitated to jump in. Disney is betting big that its beloved catalog of content combined with billions of new dollars invested in original programming, plus the option to bundle with Hulu and ESPN+ at a price comparable to Netflix will serve as a tipping point. It will compete with Netflix to be sure, but it will also have vast open space to attract first-time streamers.

3. Smart bundling will target new streaming users and a slice of TV’s $70B ad pie

By leveraging the excitement of Disney+ to drive adoption of a new Hulu and ESPN+ bundle, Disney is poised to profit from the billions of dollars in traditional television advertising that are beginning to migrate to streaming services.

The $12.99 monthly bundle of Disney+, ESPN+, and Hulu’s ad-supported service is core to Disney’s long term strategy to benefit from both the SVOD (subscription video on demand) and AVOD (advertising video on demand) consumer movements. With $70 billion spent on TV ads in the US today — and just 5% going to streaming services – advertising based streaming services stand to benefit significantly from the cord-cutting revolution. As more and more users migrate away from traditional television (30% of US adults report watching zero cable television today), advertising dollars will follow. And Hulu, thanks to the 20th Century Fox acquisition Disney now controls, stands to be a primary beneficiary of that migration. Seven out of 10 subscribers to Hulu today have chosen the ad-based service over the ad-free subscription service. This trend will only widen with the new Disney+ package as we see yet again the network effects flying.

During last week’s quarterly earnings call, Disney CEO Bob Iger made clear his intention of winning the streaming wars was clear. The company, he said, had an “all-in commitment” to “launch big and scale fast.”  From content to distribution to advertising, it’s clear Disney is all in and the streaming space is about to get a lot more competitive.

Dallas Lawrence is an advisor with Channel Factory and previously served as the Chief Brand Officer for the global advertising exchange OpenX.

[Find out about publishing a guest post on VentureBeat]