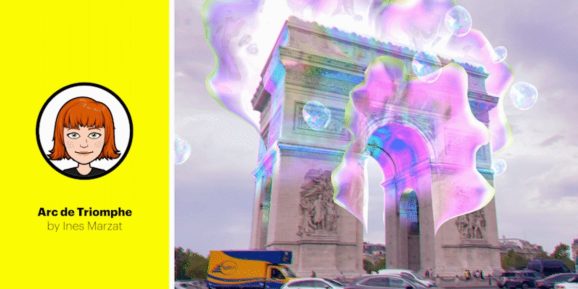 Over the past few years, Snapchat has become one of the world’s most popular soft augmented reality tools, adding photo and video filters that apply special effects to faces or buildings in real time. Today, parent company Snap and Verizon announced a partnership that will leverage the latter’s 5G cellular network for new augmented reality features — an opportunity to make some of the mobile giant’s big AR promises actually come true.

The deal makes Snap an “official 5G innovation partner” for Verizon, enabling the developer to use 5G test equipment at Verizon’s 5G Labs to create 5G-enabled experiences that can take advantage of the considerably higher bandwidth, lower latency, and greater access to edge computing resources the networks will provide. Snap will also get the benefit of seeing Snapchat preloaded on “select 5G phones” sold by Verizon, which is to say Android phones, not future iPhones.

Verizon suggests that one focus will be “opportunities to experience live events in new ways through Snapchat,” which dovetails with Snap’s recent efforts to create augmented reality Landmarker filters that add digital effects to specific real-world places. The companies also expect to create new Portal Lenses to “transport fans backstage at a concert or provide spectators unique in-stadium experiences from their seat during a game.”

“Major advances in high-bandwidth experiences are fueling the future of augmented reality,” said Snap’s chief strategy officer Jared Grusd. “We are thrilled to partner with Verizon to move the industry forward through the development of creative and innovative 5G experiences on Snapchat.”

For users, the most compelling element of the deal may wind up being something the companies aren’t discussing today: evolution of Snap’s Spectacles. Up until this point, the company’s fashionable glasses have focused primarily on enabling photography, but a deal with Verizon could position Snap to quietly advance the wearable with greater AR functionality, matching still nascent initiatives from Facebook and Apple. Wearables with integrated 5G functionality are expected to become a major business over the next five years, following updates to the 5G standard and further size reductions in 5G chips.