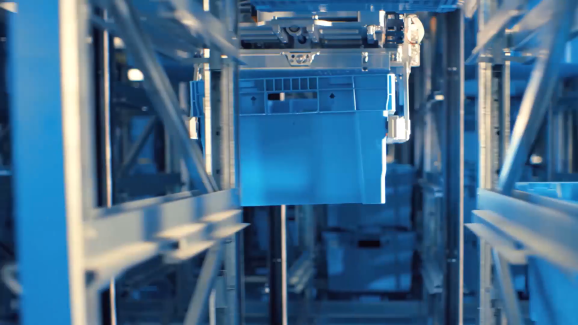 Microfulfillment centers — located inside existing stores or structures that hold a market’s worth of goods — are increasingly being hailed as the solution for speedy shipping in space-starved city centers. Calgary, Alberta-based Attabotics‘ product condenses aisles of warehouse shelves into single vertical storage structures that roving shuttles traverse horizontally. As for Fabric (formerly CommonSense Robotics), its automated fulfillment sites pack shelves, lift robots, and wheeled robots in rooms with ceilings as low as 11 feet.

In something of a proof of concept, Fabric announced that one of its grocery sites in Tel Aviv is now live and delivering orders to online customers. The site is located underground in a triangular space with low ceilings, which the company says is a testament to its ability to deploy “to any parameter.”

“It has become clear to retailers that they need automation close to their customers in order to be profitable, but there is now a new demand for flexibility,” said Fabric chief commercial officer Steve Hornyak. “Whether a retailer wants to support 300 orders or 1,000 … in a real estate site with a footprint of a rectangle or triangle, we can do it all — whereas other solutions are restricted by conveyor belts and rigid design requirements.”

The center — which sits beneath a skyscraper in one of Tel Aviv’s busiest neighborhoods, Shalom Meir Tower — is optimized for deliveries, explained Hornyak. The space itself is only 18,000 square feet with an average height of 11 feet, but it’s full-service, with temperature zones for fresh, ambient, chilled, and frozen items.

Fabric anticipates most orders won’t take more than a day to fulfill and that some end-customers will receive groceries within an hour.

The opening of the Tel Aviv site comes after Fabric raised $110 million in venture capital (bringing its total raised to $135 million), which it says will enable it to launch a platform for retailers to build and operate fulfillment sites on their own real estate. Over the course of the next year, the company plans to spin up micro-fulfillment centers in 14 sites under contract and “several cities” across the U.S., with the first already under construction in New York City and scheduled to come online in Q1.

Fabric debuted its first sorting center in Tel Aviv last October. Covering 6,000 square feet, it services over 400 orders a day for drugstore chain Super-Pharm. It’s substantially smaller than most hubs, some of which have floor plans exceeding 120,000 square feet.

Warehouse automation is a red-hot sector — it’s anticipated to be worth $27 billion by 2025. Attabotics raised $25 million in July for its robotics supply chain tech, and InVia Robotics this summer nabbed $20 million to bring its subscription-based robotics to ecommerce warehouses. Meanwhile, in the EU supermarket chain Ocado deployed a robot that can grasp fragile objects without breaking them and French startup Exotec detailed a system called Skypod that taps robots capable of moving in three dimensions. Not to be outdone, commerce giant Walmart last August partnered with Alert Innovation to deploy an autonomous fulfillment system capable of picking and transporting the “vast majority of grocery items.”