Samsung is adding a Chromebook to its burgeoning lineup of Galaxy-branded devices, as the South Korean tech titan today launched a new 2-in-1 laptop built on Google’s Chrome OS.

Samsung is no stranger to Chromebooks, and the company was in fact among the first manufacturers to bring one to market way back in 2011. But the Galaxy Chromebook, unveiled at CES 2020 in Las Vegas today, brings at least a couple of notable new features to the table.

With a starting price of $1000, the Galaxy Chromebook is very much pitched at the premium end of the personal computing spectrum. It ships with a durable aluminium body, Intel Core i5 processor, and a 13.3-inch 4K UHD (3840 x 2160) touchscreen. Perhaps most notably, it is the first Chromebook to sport an AMOLED display.

Moreover, at just 9.9mm thick, it’s not only Samsung’s thinnest ever Chromebook but also one of the thinnest laptops around. 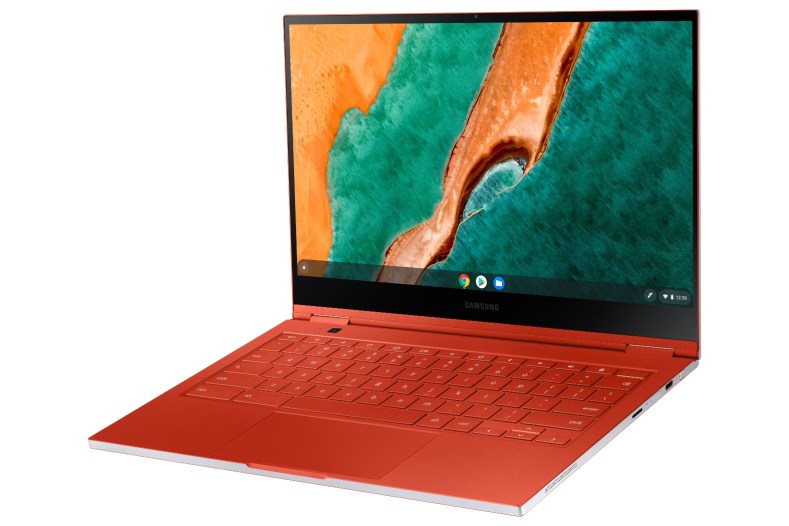 Other notable features include support for Wi-Fi 6, fingerprint security verification, and a built-in stylus pen that’s stored in the edge of the device. And at just 1.04kg, the Galaxy Chromebook may be an alluring proposition for those seeking a lightweight laptop. 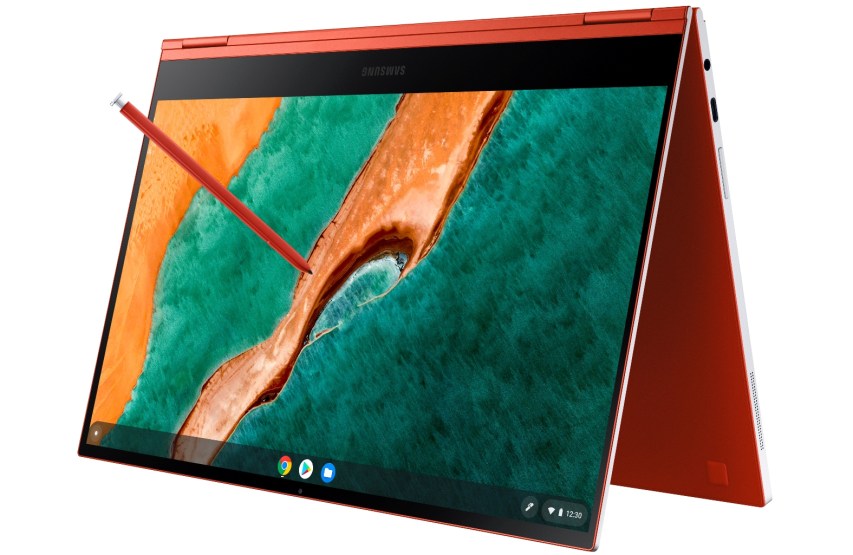 Above: Samsung Galaxy Chromebook: A 2-in-1 Chromebook laptop / tablet

It’s worth noting that Samsung’s Galaxy Chromebook also supports Google Assistant, rather than Samsung’s own Bixby — perhaps a timely reminder that Bixby is something of a second-class citizen in the world of virtual assistants.

While Galaxy may be associated with smartphones, Samsung has applied the branding to a range of devices over the years, spanning tablets, phablets, watches, cameras, and earphones. A few months back, Samsung also launched the ultra-thin Galaxy Book S Windows 10 laptop.

By extending the Galaxy brand to Chromebooks, it seems Samsung is looking to raise its ambitions in the Chrome OS realm, though the company is very much pitching the device as an extension of the smartphone. With Instant Tethering support, for example, the Galaxy Chromebook can automatically connect to a user’s mobile device to maintain connectivity where Wi-Fi isn’t available, and click-to-call support means users can tap a hyperlinked phone number on their Chromebook to place a call on their Android phone.

Google has been pushing to narrow the gap between Chrome OS and Android for a while, and as the top Android phone maker globally, Samsung will always be a priority partner for Google as it looks to expand Chrome OS’ appeal beyond education and into the consumer and professional worlds.

“For years, students have come to love Chrome OS in classrooms around the world — but today Chromebooks are being used for so much more, by the younger generation and working-professionals alike,” said Kan Liu, senior director of product management at Google. “As we see the demand for premium Chromebook experiences rise, we are investing more and more with partners like Samsung to build the next generation of flagship Chromebook product innovations and offerings.”

The new Galaxy Chromebook is available in two colors — red and gray — and will ship in an unspecified number of variants with up to 16GB of RAM and 1TB of SSD storage, starting sometime in Q1 2020.