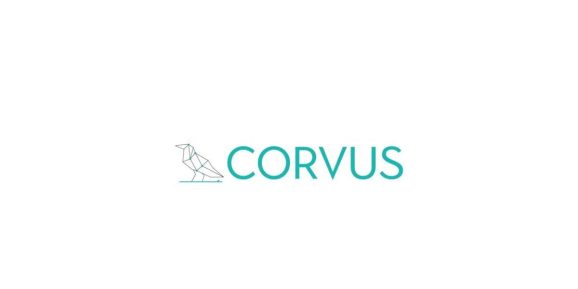 Cyber risk, which commonly refers to any risk of financial loss, disruption, or damage to the reputation of an organization resulting from the failure of its systems, is one of the top five concerns among IT teams, according to a Microsoft survey. That’s not surprising considering that the average cost of a cyber attack was $1.1 million in 2018, an increase of 52% from 2017.

It’s with this in mind that Philip Edmundson founded Corvus, an insurance provider that analyzes corpora with AI to help brokers, policyholders, underwriters, and reinsurers predict and prevent loss. Corvus expanded its footprint to all major U.S. regions recently, and in anticipation of further growth, it’s secured a large tranche of venture cash.

Corvus this morning announced that it’s raised $32 million in series B venture funding led by Telstra Ventures, with participation from Obvious Ventures and existing Corvus investors .406 Ventures, Bain Capital Ventures, and Hudson Structured Capital Management. It brings the Boston-based firm’s total raised to $46 million, following on the heels of a $10 million series A round in late 2018.

CEO Edmundson said that the influx of funds will fuel the growth of Corvus’ headcount across underwriting, product, and data science teams. “Commercial insurance has failed both brokers and policyholders when it comes to cyber risk — we are obsessed with changing that outcome,” he added. “We see a future where brokers act as educated advisors on cyber risk, armed with better options for risk assessment, coverage and risk management for their clients.”

Corvus — whose namesake is corvids, the family of birds considered to be among the most intelligent — offers a dynamic loss prevention program that furnishes policyholders with AI-derived insights. One component is the Corvus Score, a measure of a company’s IT security that takes into account eight metrics (ransomware and cyber extortion; network security and privacy; disclosure of sensitive information; hacking, malware, and unauthorized access; phishing and dark web monitoring; business interruption and system failure; contingent business interruption; and social engineering and cyber crime) generated by a proprietary, non-invasive scan. It’s this score that informs the underwriting process — at least to the extent it influences price and coverage options — and the recommendations and guidance Corvus provides to its clients.

Corvus’ Flight platform offers the ability to triage cyber accounts, while CrowBar enables brokers to access claims and reports. With a few questions, CrowBar can deliver a quote and Corvus Score within a few minutes. Plus, it quickly surfaces resources like pre-claim support, risk management training, and learning resources.

“Commercial insurance is one of the last industries to fully embrace data science and digital tools as a means to improve user experience for all stakeholders while avoiding unnecessary risk,” said Bartram, who plans to join the company’s board of directors. “Massive opportunity exists to dominate the tech-enabled era of the commercial insurance industry, and we believe Corvus will play a role given their deep roots in the insurance industry and technology-led approach to product development.”

Obvious Ventures’ Vishal Vasishth added, “We invest in startups reimagining huge sectors of the global economy in world positive ways. Corvus is doing exactly that, powered by its mission to create a safer, more productive world through technology-enabled commercial insurance.”