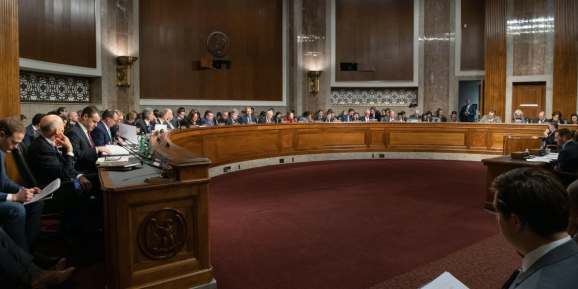 While 5G cellular networks are beginning to spread across the United States, comprehensive rollouts of the next-generation technology are being held up by a significant shortage of professional installers — “tower climbers,” as they’re known in the trade — and there’s no immediate solution in sight. That’s the key takeaway from testimony delivered to the Senate Committee on Commerce, Science, and Transportation today by both industry groups and the FCC, which expressed concern that there aren’t enough workers to actually build the 5G infrastructure U.S. citizens are expecting over the next decade.

Though testimony before congressional committees often reflects multiple and divergent viewpoints, there was no disagreement between the Senate’s witnesses on the nature or severity of the problem. FCC commissioner Brandan Carr said that there’s a need for 20,000 additional tower climbers and telecom techs to complete the U.S. 5G buildout, a “new challenge and opportunity” the agency hopes to address with 12-week cell site training programs at community colleges and technical schools, among other initiatives. On positive notes, new workers can earn more than $70,000 a year without a four-year degree, Carr noted, and the jobs have clear paths for promotion and growth over time.

However, National Association of Tower Erectors chairman Jimmy Miller noted that recruiting cellular tower builders is challenging due to specific job requirements — extensive travel and climbing 5G towers that may be 2,000 feet high — as well as competition from other industries, declining population growth, and lack of public awareness of opportunities. A new hire might need only two weeks of rudimentary safety training, he explained, but full competence in a company’s specialized skills requires a year of on-the-job training. Moreover, actual rollouts are being held up by zoning and siting regulations that companies say are stifling optimal use of available resources.

Miller’s testimony was backed by additional witnesses, each of whom added some context and texture. Public Knowledge SVP Harold Feld, for instance, downplayed the importance of the “5G race,” but suggested the Senate encourage near-term training of tower workers while considering their longer-term employment after the 5G boom subsides. Fiber Broadband Association CEO Lisa Youngers noted that tower climbers are needed not only for 5G, but also for the fiber infrastructure 5G (and wired telecommunications alternatives) depends upon, while NTCA/Rural Broadband Association CEO Shirley Bloomfield suggested engaging local and regional leaders to focus their areas’ educational curricula on job opportunities — a step that could be “pivotal for rural areas.”

The committee notably held today’s hearing as the Senate continues the impeachment trial of President Donald Trump, who focused on the need for tower climbers at a White House 5G event last April. While the hearing was apparently scheduled to demonstrate that the Senate can continue to work on regulatory and legislative matters during the impeachment, it’s unclear whether any congressional actions will follow the witnesses’ calls for assistance.