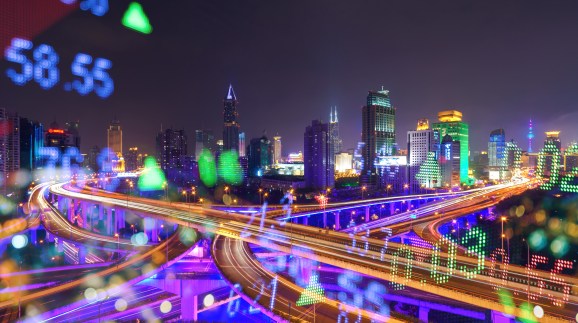 Public cloud has served as a catalyst to nearly every successful enterprise. It brought into being a plethora of startups. For small teams with great ideas the public cloud’s cost model and convenience made it possible to build a business. Public cloud providers unlocked innovations that otherwise would have taken much longer or never would have seen the light of day.

For that, the cloud deserves much credit.

Charging startups only for the storage used, public cloud providers not only enabled their customers’ growth but powered their own amazing expansion, too. Forrester projects that, even in a supposed slowed growth phase, between 2018 and 2022 the revenue from public cloud infrastructure, platforms, and apps will have a compound annual growth rate of 21%, reaching $411 billion. It’s a given these days that some applications are public-cloud exclusive; it’s what they’re built for and never migrate out of. Enterprises that contributed to this remarkable growth found a way to do more with less by consolidating workloads thanks to moving to the cloud.

The company I work for, Seagate Technology, is among the many beneficiaries. Like many businesses, we used to have data scattered in silos. Operational challenges consumed too much of our staff’s time. The heterogeneity was hard to scale. When we first migrated one challenging workload, our Hadoop analytics, to the cloud, we saw a 40% reduction of costs.

But public cloud hasn’t turned out to be cloud nine.

While we did see benefits of consolidation in the cloud initially, later on we experienced challenges. The initial euphoria from CapEx reductions gave way to gradual changes in our monthly cloud bill. Because of how we access our data, our total monthly expenses became unpredictable.

As many thriving businesses have learned, the initial comfort public data centers offer tends to dissipate, giving way to bill shock. Once enterprises reach scale, too many CIOs have to walk into their CEO’s office with their hat in their hands and ask for an additional 20% to cover the bills. Moves like wanting to migrate some data out from the cloud can incur penalties.

Former cloud success stories, Dropbox and Snapchat, are examples of this.

In 2015, Dropbox decided to cut costs by migrating its users onto its own infrastructure and software. The resulting savings amounted to $75 million. Snap Inc., the parent of Snapchat, spent over $1 billion on cloud-computing servers over the last two years and has been attempting to walk back its cloud commitments in order to stop “bleeding so much cash.”

Meanwhile — as more and more data is generated at the edge and 30% of it will soon need processing near where it’s created — the edge is also pulling data away from public cloud. We’re entering a multicloud and edge-core world. In this new world, the convenience of public cloud needs to be complemented with predictability in cost, latency, and growth. This is why enterprises are choosing to add private and hybrid clouds into the mix. According to IDC, by 2022, 70% of enterprises will “integrate cloud management — across their public and private clouds — by deploying unified hybrid/multicloud management technologies, tools, and processes.”

Not that any of it threatens hyperscale cloud providers. The Data Age is still emergent, bound to generate 175ZB of data by 2025. The proliferation of data guarantees those providers more success. According to Gartner, in 2019 alone, public cloud revenue is set to grow 17.5%. An IDC report predicts that public cloud spending will soar from $229 billion in 2019 to almost $500 billion by 2023.

In spite of this success — or perhaps because of it — cloud companies have the option to pass benefits on to customers at scale.

On behalf of CIOs and practitioners who are proponents of public cloud, I’d like to make a recommendation to cloud providers that will benefit everyone. Why not use this position of scale to help the very customers that the cloud helped mature? Think about it: Data will only grow. It will create more business. There’s enough value, created and shared, to go around. Why not invest in lifelong customers of choice by offering a predictable experience? Instead of pricing tiers and fences that limit the amount of data stored and activated, cloud providers can break open the market with simple, flat, and predictable pricing with one pricing meter only — capacity.

Storing hundreds of exabytes of data will unlock new use cases and analytics that help create higher-order revenue streams, which would not exist if the workloads repatriated away from public cloud.

[Find out about guest-posting for VentureBeat.]