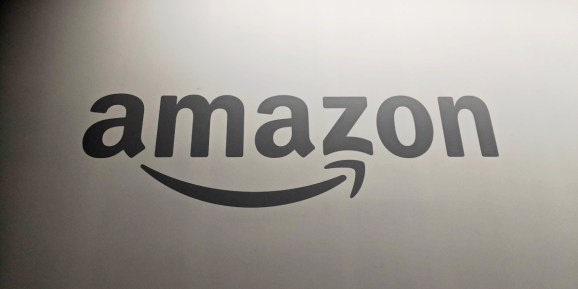 Analysts had expected Amazon to earn $86.01 billion in revenue and report earnings per share of $4.04. The retail giant thus easily beat on revenue and on earnings per share. The company’s stock was flat in regular trading, and up 11% in after-hours trading. Amazon gave first quarter revenue guidance in the range of $69 billion and $73 billion, compared to a consensus of $71.61 billion from analysts.

AWS growth in the 30s three quarters in a row

AWS is the cloud computing market leader, ahead of Microsoft Azure and Google Cloud. High-percentage growth can’t continue unabated. And for a market leader, growth of 34% in sales to $9.95 billion is nothing to scoff at. Overall, AWS still accounted for about 11% of Amazon’s total revenue for the quarter.

Subscription services were up 32% to $5.24 billion. This segment mainly constitutes Amazon Prime, which the company has expanded to offer deals at places like Whole Foods. Keeping in line with this strategy, Amazon announced today that Prime members now get free delivery through Amazon Fresh, which normally costs $14.99 per month.

“Prime membership continues to get better for customers year after year. And customers are responding — more people joined Prime this quarter than ever before, and we now have over 150 million paid Prime members around the world,” Bezos said in a statement. “We’ve made Prime delivery faster — the number of items delivered to U.S. customers with Prime’s free one-day and same-day delivery more than quadrupled this quarter compared to last year. Members now have free two-hour grocery delivery from Amazon Fresh and Whole Foods Market in more than 2,000 U.S. cities and towns. Prime members watched double the hours of original movies and TV shows on Prime Video this quarter compared to last year, and Amazon Originals received a record 88 nominations and 26 wins at major awards shows. A huge thank you to teams across Amazon for their dedicated work to build, innovate, and deliver for customers this holiday.”

“Other” (ads) saw the most growth

Finally, Amazon’s “other” category, which mostly covers the company’s advertising business, was up 41% to $4.78 billion in revenue. The company knows plenty about what its customers want to buy, or even don’t want to buy, and it’s increasingly leveraging that for its advertising business. In its release, Amazon noted that during the holiday season, the best selling Amazon devices were Echo Dot, Fire TV Stick 4K with Alexa Voice Remote, and Echo Show 5. But in typical Amazon style, it didn’t share exact sales figures for those products.

As always, Alexa was mentioned many times (13, to be exact) in the company’s press release, even though Amazon won’t break out the voice assistant in its earnings reports. The company noted that it announced Alexa integrations with new automotive brands at CES 2020, including Fiat Chrysler, Lamborghini, and Rivian.