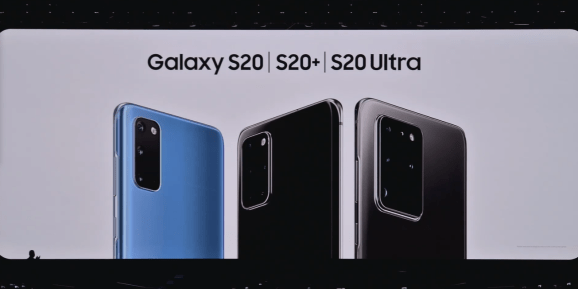 Samsung’s annual Galaxy Unpacked event for S-series phones is now in the history books, and there were some impressive announcements — the Galaxy Z Flip foldable looks cool, Galaxy Buds+ will sound better, and every new Galaxy S20 phone includes 5G support. That’s a big step up from last year, when only the largest and most expensive Galaxy S10 featured 5G.

Unfortunately, there’s some bad news regarding the standard S20, especially if you’re a Verizon customer: The entry level model (if you can call a $1,000 phone “entry level”) won’t be available for Verizon’s 5G network for a while — the second quarter of 2020, Verizon says. That means Verizon customers interested in a Galaxy S20 will need to pony up for the $1,200 S20+ or the $1,400 S20 Ultra. The decision can’t possibly have been made lightly, since Verizon is one of Samsung’s largest U.S. phone vendors, and was the first to get last year’s S10 5G.

Verizon’s omission of the Galaxy S20 appears set to give its rivals AT&T, T-Mobile, Sprint, and U.S. Cellular a multi-month lead on selling the $1,000 device. But they’ll have their own challenge to contend with, as the basic S20 only includes support for sub-6GHz 5G networks, not millimeter wave 5G. To access both types of networks, users will — surprise — need to choose the S20+ or S20 Ultra instead.

Above: Users interested in preordering the Galaxy S20 from Samsung’s site are met with a grayed-out box for Verizon.

This makes some sense because all of the carriers except Verizon are supporting either low band or mid band 5G service at this point, either instead of or in addition to millimeter wave — a practical decision that means a much larger footprint for 5G coverage, but with much slower peak speeds. Users who buy the S20 will be able to access low and mid band towers, but not the faster mmWave small cells that are only available in some major metros (with up to 2Gbps top speeds).

Millimeter wave antenna size may be to blame for this situation. Although 5G component makers including Qualcomm have been actively working to reduce the size of millimeter wave antennas, there might not be enough room in the smaller S20 for current-generation modules, which require nearly 8mm of thickness and several spaces around the device’s edges. While the S20 is 7.9mm thick — 0.1mm thicker than the S20+ — it’s smaller on its other two axes, yet still has to house most of the same components, minus some battery size, a Time of Flight camera, and, more obviously, the larger screen.

We’ll have to see whether Verizon eventually gets a version of the S20 with a smaller millimeter wave antenna, or whether other design compromises are made for that model. It will also be interesting to see whether Apple follows suit with its iPhone 12 lineup, bifurcating the new phones into separate 5G lines with low/mid-only and full low/mid/high 5G support. Since most phone makers have committed to offering considerably more affordable 5G devices this year, companies that only offer 5G at $1,000 (or $1,200) prices may wind up losing market share to more aggressive rivals, particularly in markets such as China, where 5G adoption is expected to soar this year thanks to price competition.