On April 3, 2020, Apple’s iPad tablets will officially be 10 years old, and I’ll celebrate 10 continuous years of using at least one of them literally every day. I’ve been a fan of the platform since before it was officially released — actually before it was even named — and on most days, I use my iPad far more than my iPhone. But despite my loyalty, including my purchase of a high-end 2020 iPad Pro, I’ll openly admit that the iPad platform continues to have a massive problem: Its multitasking still stinks by comparison with Macs and PCs.

It’s easy to get mired in the specifics of the problem, such as the iPad’s use of an app dock to access multitasking, focus issues with on-screen apps, or the varying levels of support offered by different apps (including “none”). Similarly, one can focus on the many things Apple does right, such as enabling multiple apps to run simultaneously, offering useful/adjustable notifications atop existing apps, and de-prioritizing or de-powering certain background tasks.

But the problem really comes down to one thing: The iPad hasn’t developed a superior alternative to the flexible window-focused interface Macs and PCs have used for 35 years. As iPads have evolved, Apple has segmented their screens into rows (app/virtual keyboard), columns (split-view), floating panes, and combinations of the above. But if you’re trying to multitask, none of these solutions beats the windows most computers have relied on before and after the iPad. 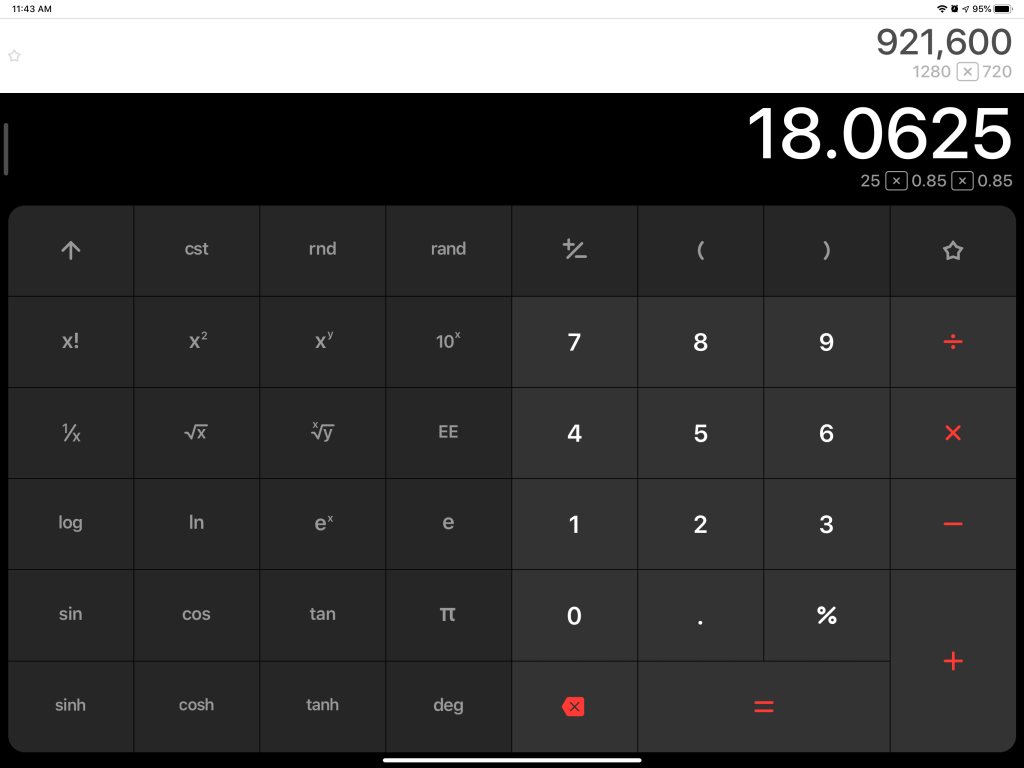 A decade ago, iPads were built primarily to be content consumption devices, and they remain excellent for that purpose, stripping away user interface chrome to focus your eyes on one video, book, or website at a time, with minimal distraction. But as iPad screen sizes increased beyond Apple’s initial 9.7-inch template, the idea of filling a huge screen wholly with the equivalent of one laptop window or app often felt silly, if not downright wasteful. Once you graduate to the 12.9-inch iPad Pro, which now costs as much as a MacBook Air, you can’t help but ask why multitasking is so much worse on iPadOS.

Apple originally tried to market its way around the iPad’s UI limitations by pushing a full screen mode for Macs, seemingly hoping that they’d evolve towards an uncluttered layout. Instead, it immediately became apparent that this was actually devolution; except for the handful of apps that truly demand every inch of a comparatively gigantic display, wasting a 27-inch Mac screen on just one thing at a time was even sillier and more wasteful than any iPad. 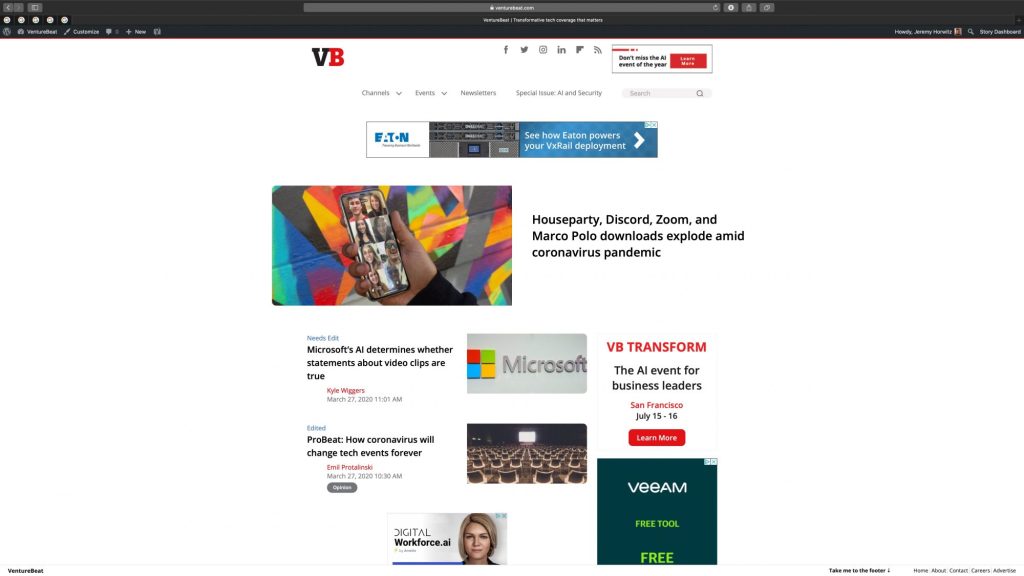 Above: Many websites look similar to this when viewed in “full screen” mode, a macOS feature that often wastes tons of big screen real estate for no good reason.

macOS has refined the windowed multitasking experience to near perfection, and while Microsoft’s Windows 10 doesn’t deliver a superior desktop experience, it’s close enough to macOS to be more functional for multitasking. Seeing and directly trackpad/mouse-managing the content of multiple windows makes laptop and desktop multitasking intuitive — keep a few windows on the screen at once, and rearrange or adjust their sizes to your personal preference. Overlapping or stacked windows aren’t a problem; they’re a feature, and a great one for managing all the apps people are expected to keep open during their work days.

It didn’t take 10 years of daily switches from a Mac during the workday to an iPad during leisure time to make this clear, but at this point, it’s a problem that actively needs to be solved — not just one of many iPad limitations, but arguably the most important one that remains. Since Apple has just added combined trackpad and keyboard functionality to iPadOS, and announced a Magic Keyboard for iPad Pro that will support it in May, business users are going to expect to use these high-end iPads like laptops. Unless something major changes in iPadOS 14, a lot of people are going to be disappointed.

Experienced iPad users might not be surprised. I’ve personally tried every iPad size from the smallest mini to the latest 12.9-inch iPad Pro in an effort to find one that I could work on, rather than just reading or watching videos, and nothing has really worked for work. For the past 1.5 years, I’d settled on the 11-inch model as perfect for non-work purposes, but with the prospect of proper hybrid trackpad-keyboard support, I’m now trying to adapt the 12.9-inch model to my needs.

My thinking is this: I love the overall 11-inch Pro package, but if I’m going to work, I’m going to need to multitask, and unlike the late, great 11-inch MacBook Air, that’s an uncomfortable experience on most iPads. If it wasn’t bad enough to split the display into half- or third-width columns, it’s even worse when a gigantic virtual keyboard takes up nearly the entire bottom half of the screen in landscape orientation. The proportions are all wrong, cramping your view of apps to accommodate keys, but I can see exactly why Apple felt compelled to make those decisions — absent traditional app windows. 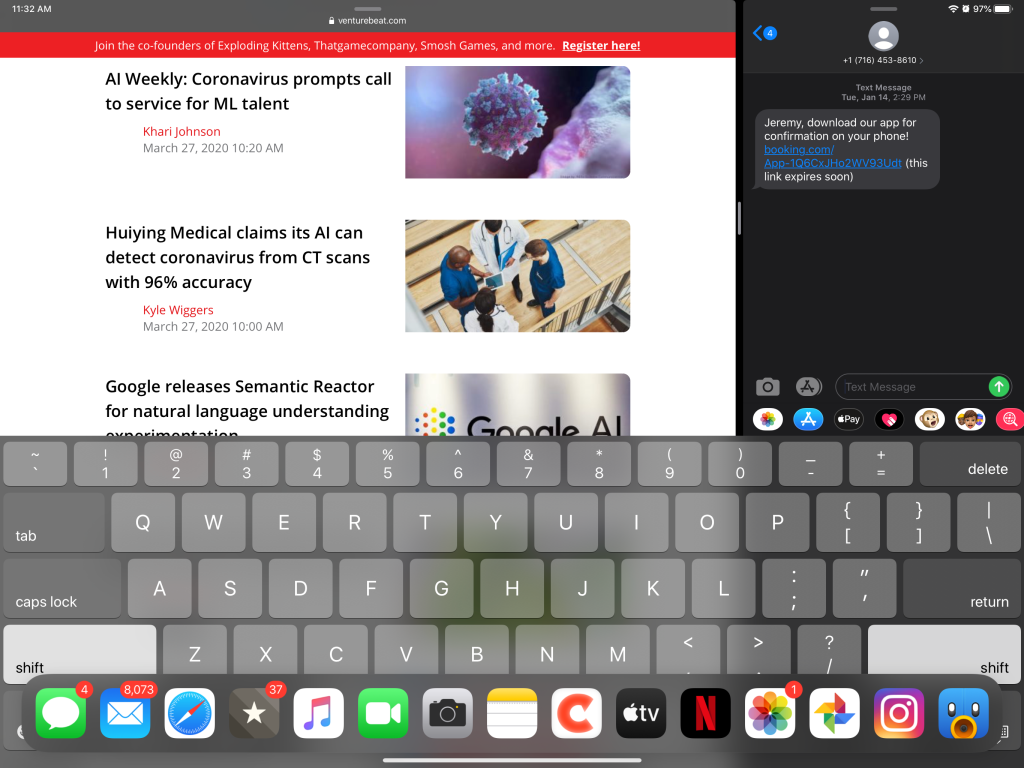 There have been options to move the keyboard off the screen onto an accessory for the iPad’s entire lifespan, but no easy alternative to finger-on-touchscreen input. The entire iPadOS UI was built around fingertip-sized buttons, not the smaller and more precise controls of a windowed interface. Embracing external trackpads means Apple is setting the stage for iPads to be used as precision work machines, and if that happens, I’d probably rather have a 12.9-inch Pro than an 11-inch one to work on.

That’s a big “if,” though, and history hasn’t rewarded those of us who have waited on Apple to transition the iPad into a proper MacBook replacement. Every year or two, the company tweaks its messaging to explain how the iPad is “post-PC,” “transformative,” a “super computer,” or a computer that’s not a computer, but the pace of meaningful changes has been glacial at best. I don’t think you have to be a cynic to assume that Apple wanted professionals to keep buying two devices — iPad and laptop — rather than one or the other.

Microsoft hasn’t relied on hardware sales anywhere near as much as Apple, so it was content to let its Surface tablets fully bridge their gaps with laptops. It also knew that a person who bought a Surface tablet was still highly likely to be using a Windows desktop PC, since all of the apps were shared between devices, and the user experience was similar. 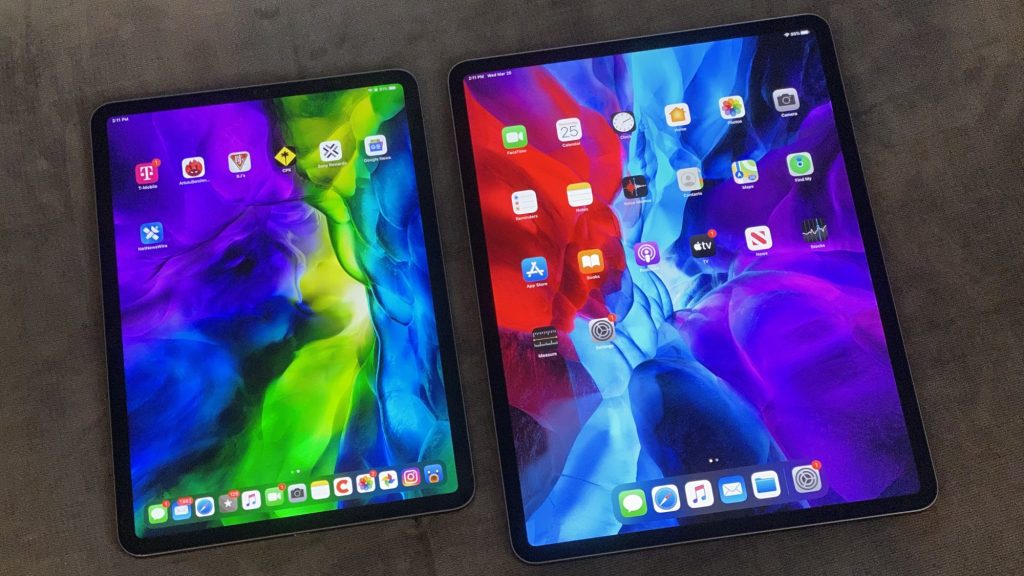 Now that Apple’s tablet chip performance is on par with its laptops, it’s time for the iPadOS experience to step up as well. I don’t expect Apple to throw away all or any of the work it has done to create a finger-first touch interface for its tablets, or expect users to magically sharpen their fingertips into finer points for accessing the UI. But iPads could hugely benefit from a windowed app mode that’s accessible when the new Magic Keyboard accessory is attached, permitting a more Mac-like multitasking experience for users who need it, while preserving the best of what works for full screen, touch-focused iPad apps.

That would be a game changer for me, and give a lot of people every reason to invest more in complementary desktop Macs instead of splitting dollars between increasingly similar laptops and tablets. I’ll have my fingers crossed for WWDC 2020 — what do you think will happen?